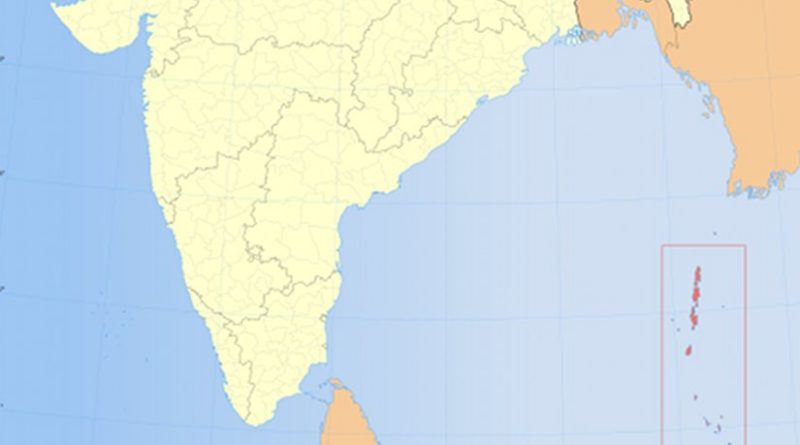 The Andaman and Nicobar Islands (ANIs) are not a part of mainland India and thus remained distant in the policy circles. In recent times, this group of 572 islands has gathered much needed attention from New Delhi. In September, India dedicated Rs. 10000 crore (US $1.54 Billion) to convert the ANIs into a maritime hub. Now, the Indian Ocean is playing a crucial role in deciding the geopolitical discourse of the world politics.

It is important to note that India created a tri-service joint theatre operational command at ANIs. The Indian intention to transform ANI into a maritime hub has two objectives; first, to strengthen the connectivity of the region with the mainland and second, to support the military installments. In this backdrop, the Indian plan to develop the ANIs gains geostrategic weight.

Out of a chain of 572 islands of the ANIs, only about 30 are inhabited. They constitute only 0.2% of India’s landmass but 30 % of country’s Exclusive Economic Zone (EEZ). These islands are spread across the Bay of Bengal and the Andaman Sea. They are nearer to Indonesia and Myanmar than to the mainland of India. Indira Point, the southernmost tip of India is placed just 93 nautical miles from Sumatra (Indonesia). The International trading route from Singapore that connects to east-west corridor is merely 15 nautical miles from Indira point and hence the region has immense potential to emerge as an important maritime hub.

India has drawn up an ambitious plan to develop ANIs, for an integrated modernization, under its ‘Sagarmala’ initiative and take advantage of the strategic location of Andaman and Nicobar. The blue print of this ambitious plan is ready and the Union Shipping Minister, Nitin Gadkari said that projects worth Rs.2000 crore ( US $300 Million) have been already sanctioned. His ministry has prepared a 15 year plan for shipping and port infrastructure on the islands.

The plan includes, establishing an industry for repairing of ships at Port Blair, purchasing of vessels to run mainland-island services, purchasing of tugs for safe berthing and sprucing up docking capacity and port infrastructure. To encourage participation of private sector for ship repairing and port infrastructure government has adopted the ‘Swiss challenge system’.

This system allows third parties to make better offers (challenges) for a project during a stipulated period and ensures cost effectiveness. Around 23 spots have been identified for creation of ports. Besides that islands with more than two sq km in area are to be taken up for commercial activities like tourism, agriculture, fisheries and handicraft.

Ecologically, Andaman is very sensitive and government says that they have prepared an environment friendly plan. India gave paramount importance to the livelihood of indigenous Jarawa inhabitants and undertaking a comprehensive study before exploiting the potential of the region.

India has historically avoided building up forces in the islands. In 2001, India took an unprecedented step and decided to set up the Andaman and Nicobar Command (ANC). This is India’s first and only tri-service command. This command serves as the crucial point to engage with navies from South-East Asia. Maritime surveillance, humanitarian assistance and disaster relief are core responsibilities assigned to this unit.

Another important responsibility entrusted on the ANC is to monitor ships passing through ten degree and six degree channels as well as ensuring freedom of navigation through Malacca, Sunda and Lombok straits. This last responsibility is very crucial from strategic and geo-economic points of view as large volume of world’s trade transiting through the Malacca Strait passes through six degree channel between island of Aceh (Indonesia) and Great Nicobar, where Indian has built its newest airbase. Here it is important to note that the Malacca Strait is an important choke point for the Chinese oil trade and India ensures safe passage for the same. The sea lanes of communications (SLOCs) in the Indian Ocean are strategically important as more than 80 % of world’s trade in oil passes through Indian Ocean choke points.

The ANC has failed to fulfil its initial promises due to lack of funds and environmental clearances for building an infrastructure. The recent plan announced by the Indian government aims to do away with the above mentioned bottlenecks and put together comprehensive framework for infrastructure development and support to military establishments.

Few months ago, Admiral Robin Dhowan, Indian Navy Chief, announced that slowly but steadily the ANC will get better equipped in terms of force-levels and infrastructure. In July 2015, after concluding exercises in South China Sea, four Indian warships arrived at Port Blair. This is indicative of the Indian strategy to counter Chinese naval presence in the Indian Ocean.

China has unveiled its One Road, One Belt policy (OROB) and till now India has not responded to the Chinese invitation. If India decides to join OROB then India must utilize this crucial geopolitical asset for building up power projection capabilities and make ANIs the cornerstone of India’s maritime strategy in the Bay of Bengal.

In this backdrop, India has begun to provide strategic substance to its ‘Act East’ policy with sophisticated and systematic military exercises with countries from the Indian Ocean and western Pacific. Decision to allocate Rs.10000 crore (US $1.54 Billion) for development of ANIs is a welcome development. Connectivity and building physical infrastructure is at the core of this plan.

*Aniket Bhavthankar is a Research Associate with the Society for Policy Studies. He can be reached at [email protected]