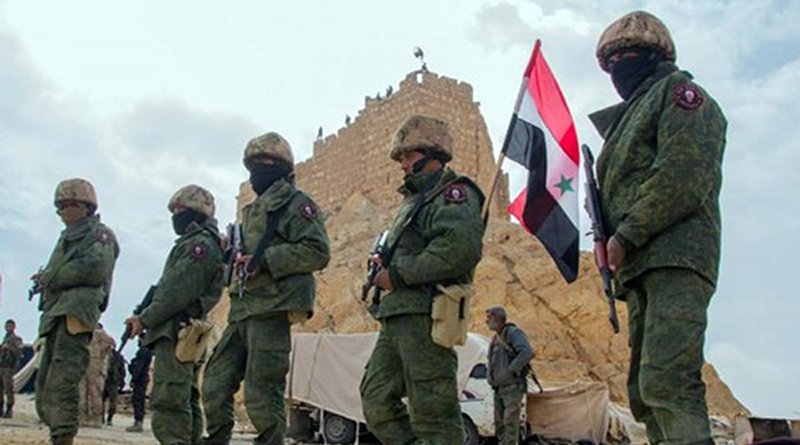 The Russian Army has reinforced its troops in the city of Tal Rafat in Northern Aleppo to confront the imminent attack by the Turkish Army in Northern and Eastern Syria, the Arabic-language media outlets said.

The Arabic-language al-Watan newspaper quoted local sources in Tal Rafat city as saying that the Russian troops have increased their patrols over the past two days in a region located between the town of Shirawa and Deir Jamal towards Kashta’ar in the surroundings of Tal Rafat.

The sources noted that the intensified patrolling by the Russian troops in the region is carried out with the aim of reinstating ceasefire in Tal Rafat and after the Turkish Army’s artillery attacks on the surrounding areas of Tal Rafat from the areas under their control.

The English-language Al-Masdar News Website, meantime, reported that after Ankara’s recent threat to launch military operations in Northern and Eastern Syria, the Russian Army has increased the number of its troops in Tal Rafat.

Al-Masdar also said that the presence of the Russian troops is aimed at blocking the Turkish Army’s possible attack on the region.

Military convoys have been captured in dozens of photos and videos, confirming the Turkish leader’s claim that preparations have been finalized to establish a so-called ‘safe zone’ on Syrian soil along the Turkish border and that the operation could be launched “as soon as today or tomorrow”.

Additional armored vehicles and troops have been sent to the border town of Akcakale, across from Tal Abyad in Syria, state television TRT confirmed.

Multiple videos shared on Twitter show dozens of military vehicles and buses, allegedly full of military personnel, moving towards the border in convoys.

Helicopters are also increasingly ‘active’ in the border area airspace, according to some reports.

Ankara and Washington agreed earlier in August to create a ‘peace corridor’ to facilitate the return of displaced Syrians into northern Syria – until Turkey realized that joint “land and air patrols with US were a fairytale”.

Erdogan even openly suggested that Washington was after a safe zone “not for Turkey but for the terrorist group”.

Neither the US nor Turkey bothered to consult Damascus, which has repeatedly blasted all their joint and unilateral endeavors as flagrant violations of Syria’s sovereignty and territorial integrity.