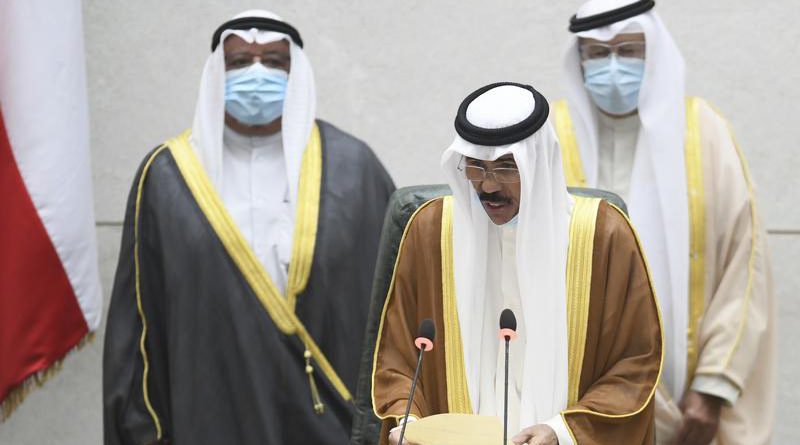 Kuwait’s new emir, Sheikh Nawaf Al-Ahmad Al-Sabah, has named his half-brother Sheikh Meshal as crown prince. The appointment is expected to be confirmed in a parliamentary session on Thursday.

Sheikh Meshal, 80, has been deputy chief of the Kuwait National Guard since 2004. He is considered the most powerful man in the elite corps in charge of defending the emirate’s territory. The position of chief is symbolically held by Salem Al-Ali Al-Sabah, the eldest member of the ruling family.

“Sheikh Meshal is seen as part of the security apparatus,” said Cinzia Bianco, a research fellow at the European Council on Foreign Relations. He did not have good relations with Islamists and with the Muslim Brotherhood, Bianco said.

The new crown prince spent many years in the Interior Ministry, where he rose through the ranks to head the department of general investigation from 1967 until 1980. Sheikh Meshal was widely credited with strengthening the department’s function as a state security service.

Sheikh Nawaf was sworn in as emir on Sept. 30 after the death of his half-brother, Sheikh Sabah Al-Ahmad Al-Sabah, who died at the age of 91 after two months in hospital in the US.

Sheikh Meshal, who was close to the late ruler and accompanied him to the US when he received treatment, is the seventh son of the 10th emir of Kuwait, Sheikh Ahmad Al-Jaber Al-Sabah.