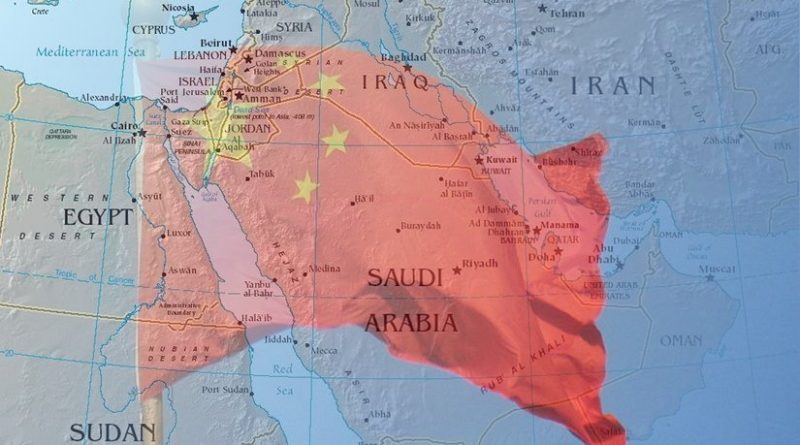 China and the Middle East

China continues to expand its economic presence in regions of the world that are traditionally under Western influence. This is the case in North Africa and the Middle East, where China’s presence is a phenomenon growing by the day. For Beijing, the Middle East plays an important role in its foreign policy since the early 1990s, during which time China strengthened its relations with oil producing countries to support its economic development. Chinese influence in the region has grown even more since the beginning of the new millennium, as China considers the Middle East a crucial springboard for attainment of world power status. Conversely, for Arab countries, the Asian giant is a viable alternative to the development model promoted by the United States and European powers in the area.

Relying on an already strong trade and economic cooperation – in 2011 foreign trade between China and Middle East states amounted to $195.9 billion, a 34.7% increase over 2010 – Sino-Arab relations are currently experiencing a new phase characterized by more intense political contacts. The real breakthrough first came in 2004 with the establishment of the Sino-Arab Cooperation Forum (SACF), which has since then facilitated the growth of political, economic, energy, infrastructural and cultural cooperation between China and individual Arab states. The SACF aims to create a political and strategic dialogue on major regional and international issues.

The signing of a strategic and commercial agreement by Beijing and Cairo on September 21, 2012 is significant in this regard. The accord provides for the construction of an industrial six-square kilometers area near the Suez Canal, a commercial port linking Asia, Africa and Europe. The project, which follows approximately 200 earlier projects that in the past employed thousands of Egyptian workers in hundreds of Chinese companies located in the area, will be built by Tianjin Economic-Technological Development Area (TEDA) in the next 10 years at the cost of approximately one billion euro. This influx of investment will contribute to Egypt’s economic recovery. With a tenfold foreign trade increase in the last 10 years, which now stands at $11.2 billion, China is now Egypt’s second largest trading partner.

Already in January of this year the Chinese strategy had made important inroads in the Middle East with the important mission of Prime Minister Wen Jiabao, who visited Saudi Arabia, the United Arab Emirates and Qatar. Saudi Arabia is already the largest supplier of oil to China (45.5 million tons in 2011, a 13% increase as compared to 2010), while bilateral trade between the two countries amounted to $58.5 million in 2011.

Qatar, however, is China’s largest supplier of natural gas (1.8 million tons in 2011, a 76% increase compared to 2010). For its part, the UAE is China’s second largest trading partner of China. It is a major hub for the distribution of Chinese products in the Gulf region and beyond. Approximately 70% of Chinese exports to the UAE are re-exported to other Gulf countries, Africa and Europe. China’s need to ensure energy supply, combined with the necessity to export its products as smoothly as possible, is making the Gulf region an essential piece of the Chinese plan known as the “String of Pearls,” which refers to the Chinese sea lines of communication which run through several major “choke points” such as the Strait of Mandeb, the Strait of Malacca, the Strait of Hormuz and the Lombok Strait near the islands of Bali. China now intends to build up a network of political and business relationships thanks to infrastructure projects in support of its current policy direction

Even the forty-year economic and military cooperation partnership between China and Iran is part of this strategic policy framework. In fact, despite the package of sanctions imposed by the UN against the Islamic Republic for its alleged clandestine nuclear bomb program, China remains its leading economic partner (trade between the two countries reached $45 billion in 2011, of which about 80% consist of imports of oil and its derivatives to China).

International sanctions against Iran only benefit Beijing as the isolation of Teheran from the international community represents an opportunity for Beijing to develop privileged ties with Iran and boost its investments in many sectors that former trading partners have vacated.

The strengthening of Sino-Israeli bilateral relations is also high on China’s agenda. Since 1992, the two countries have witnessed a tremendous increase of the volume of bilateral trade, leaping from $50 million to the $8 billion in 2011. Also, Beijing shares in the construction of a high-speed railway linking Eilat to Tel Aviv scheduled to be operational in 2017. Such a link has the potential to serve as a means of transporting goods to Europe without having to pass through the Suez Canal, since cargo unloaded in Eilat would then be sent by rail to Israeli ports, and from there to Europe. Israel had an interest in creating an alternative route between Asia and Europe to the Suez Canal, and that could serve as an added “insurance policy.”

Finally, China’s rising interest in the Middle East is also determined by the perceived need to contain Islamic terrorism in Central Asia, especially in the north-western provinces of China where there are many Muslim communities and national security is a constant preoccupation for Beijing. For this reason, in parallel to the penetration of the Middle East, China is pursuing a similar strategy in Central Asia. The establishment in 2001 of the Shanghai Cooperation Organization (SCO) – which now includes China, Russia, Kazakhstan, Kyrgyzstan, Tajikistan and Uzbekistan, plus four observer countries (India, Pakistan, Iran and Mongolia) – aims to facilitate trade, energy cooperation and to contain regional threats, including Islamic terrorism.

Considering these general trends, it is reasonable to assume that the Chinese presence in the Middle East is likely to grow further, particularly in the new context of the gradual U.S. military rollback from the region, a policy change that greatly accounts for the increasing American presence in the Asia-Pacific region.