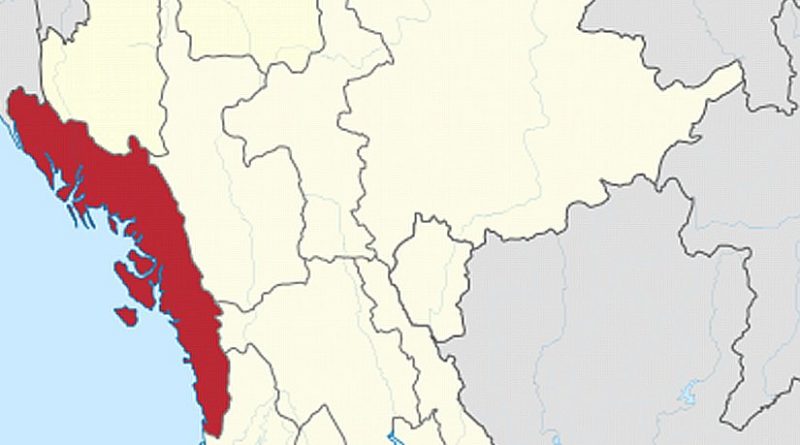 Myanmar government’s plan to repatriate and resettle Hindu refugees from its strife-torn Rakhine province has met with both enthusiasm and skepticism within the country plus across the borders in Bangladesh and Hindu-majority India.

At least 3,000 of an estimated 8,000 Hindus living in Maungdaw, Buthidaung and the Rakhine capital Sittwe were internally displaced amid the exodus of Muslim Rohingya brought on by Myanmar military “clearance” operations, while some 500 fled to Bangladesh.

Myanmar government spokesman Zaw Htay said his country’s immigration department has asked Bangladesh to quickly start the process of repatriation of the 500 Hindus.

“We are ready to start today but it all depends on the Bangladesh side as they are yet to send the list of refugees and discuss about a joint working group,” Zaw Htay told ucanews.com.

But Muhammad Abul Kalam, commissioner of Refugee Relief and Repatriation Commission of the Bangladeshi government, has criticized the move.

“We don’t have clear-cut information that Hindus would be repatriated first. If it happens, I think it’s illogical and unjust. All refugees must be repatriated irrespective of religion as they belong to Myanmar,” Kalam told ucanews.com.

Niranjan Rudra, 50, a Hindu who now resides with eight of his family members at an abandoned poultry farm near Kutupalong refugee camp, said they arrived in Bangladesh in mid-September from Maungdaw.

Rudra said he is ready to go back to Myanmar immediately but first wanted some assurances.

“We would like to return but the government must ensure we would get back to our home and not a camp, and that our property and land must be returned to us. We also want a guarantee that we have security, so we never come under such attack in future,” Rudra told ucanews.com.

Kanika Bala, 40, a Hindu widow came to Kutupalong from Maungdaw in mid-September with her two daughters and a son.

Bala said masked gunmen murdered her husband in late August and that she is unwilling to return to Myanmar.

“My husband was killed, so I have no one to support me there. I am afraid that my children and I might face more violence. I don’t want to go back to Myanmar but be resettled either in Bangladesh or India,” Bala told ucanews.com.

When Myanmar’s State Counselor Aung San Suu Kyi made a belated one-day trip to conflict-torn northern Rakhine on Nov. 2, she inspected a campsite to be used for the resettlement of refugees. She also called on local authorities to send the returnees to their original homes as soon as possible.

More than 605,000 ethnic Rohingya have fled to Bangladesh to escape the brutal military crackdown in Rakhine State in response to militant Rohingya attacks on security check posts on Aug. 25, according to the United Nations Refugee Agency.

Yangon-based Hindu leader Hla Tun was pleased about the repatriation plan for Hindu refugees but opted for their separate resettlement from the Rohingya.

“Regarding resettlement of the Hindu community, we are very concerned about their security. So, they should be resettled among the community of ethnic Rakhine and other groups rather than with Muslim community,” Hla Tun told ucanews.com.

He said that his organization would send a letter to the government with their concerns and recommendations on the matter.

“Both Muslims and Hindu had lived together peacefully but Hindus were targeted since the Aug. 25 attacks. So, it is not possible to live together again,” Hla Tun said.

On Oct. 1, the All Myanmar Central Hindu Council released a statement saying the term Hindu Rohingya never existed in Myanmar and requested the international media to refrain from using the term.

Hindus make up only 0.5 percent of the population in Myanmar while 89 percent are Buddhists and 4.3 are Muslims, according to the 2014 census.

Maolana Azharudin from India’s only Muslim-majority Jammu and Kashmir state that hosts thousands of Rohingya refugees criticized the move saying that it vindicates their victims stand that the violence was “a genocide against Muslims.”

“It also shows the ‘step-motherly attitude’ of the Myanmar government towards Muslims and how Muslims are viewed with suspicion,” Azharudin told ucanews.com.

He said a modern state should not discriminate against its own people on the basis of religion and that the Myanmar government has the responsibility to ensure that all Muslims are safely settled back in their homes.

Ashwani Kumar, a Hindu leader in Jammu, said Myanmar’s move to take back Hindus and the continuous silence against displaced Muslims is unacceptable.

“It should take back both Muslim and Hindus displaced by the violence without discriminating against them on the basis of religion,” Kumar said.

Rana Dasgupta, a Dhaka-based lawyer and Hindu leader told ucanews.com that he welcomes the move.

“It matters little who goes first but the main issue is repatriation and it should start quickly,” said Dasgupta. “Taking back [Rakhine] Hindus first might be or might not be a strategic move on the part of Myanmar to keep India on their side,” he said.