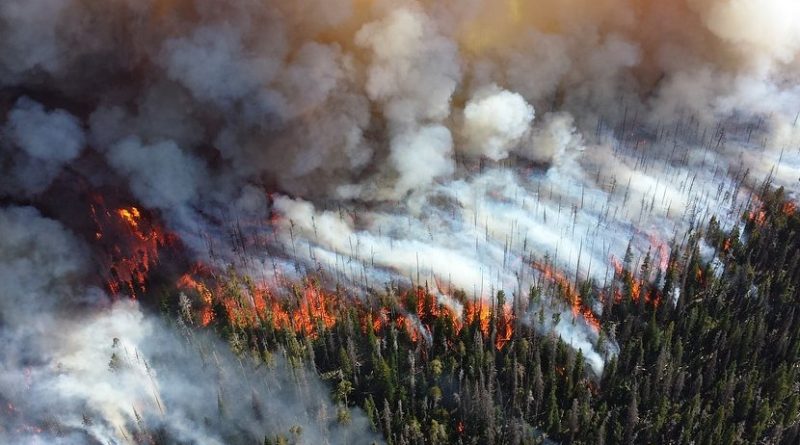 A warmer, drier climate is expected is increase the likelihood of larger-scale forest disturbances such as wildfires, insect outbreaks, disease and drought, according to a new study co-authored by a Portland State University professor.

The study, published Oct. 19 in the journal Nature Communications, sought to provide a more complete snapshot of disturbances in the world’s temperate forests by quantifying the size, shape and prevalence of disturbances and understanding their drivers.

The researchers analyzed 50 protected areas like national parks as well as their immediate surroundings, allowing them to compare disturbances inside protected areas that are more climate-related from those just outside that would also be impacted by human land use.

The study found that while many temperate forests are dominated by small-scale disturbance events — driven largely by windstorms and cooler, wetter conditions — there was also a strong link between high disturbance activity and warmer and drier-than-average climate conditions. Andrés Holz, a co-author and geography professor in PSU’s College of Liberal Arts and Sciences, said this suggests that with a warming climate, disturbances are expected to become larger and more severe in some temperate forests including the western U.S.

“Under the warmer conditions we have been seeing, it is likely that we’re going to see a higher probability of areas that tend to have very big disturbances,” he said.

Among the study’s findings:

“Climate change is mimicking the footprint of disturbances in protected areas to what we are doing through land-use change outside of protected areas,” Holz said. “Under warmer conditions, we might see more similarities between protected areas and their surroundings in some temperate forests globally.”