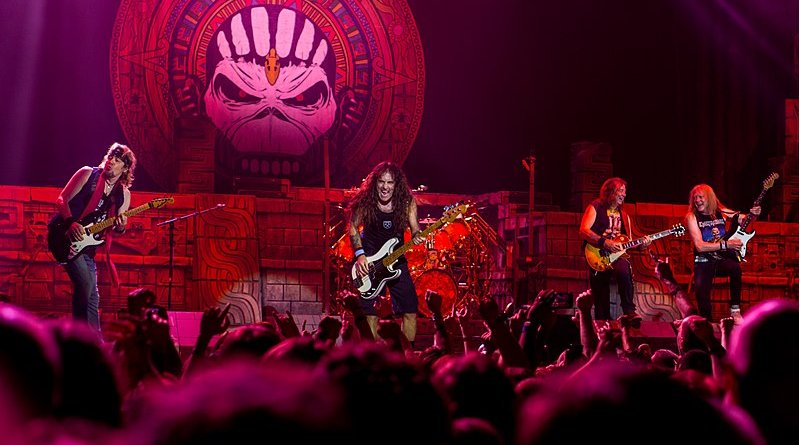 British rock legends Iron Maiden are set to bring the house down and have you running for the hills when they hit the stage at Dubai Coca Cola Arena in May next year as part of their “Legacy of the Beast” world tour.

The promoters had promised a big announcement for Thursday morning and they didn’t disappoint when they revealed the old rockers were bringing their tour to the venue.

They revealed on the arena’s Facebook page that tickets will go on sale on Nov. 14, 2019.

“The legendary Iron Maiden will be gracing the Coca-Cola Arena stage on May 27th, 2020!! We can’t wait for these rock legends to bring their spectacular ‘Legacy Of The Beast’ world tour to Dubai and witness rock greatness.”

This will be the third time Iron Maiden have played in the UAE, having made their debut in 2007 at the Dubai Desert Rock Festival and then again before capacity audience when they headlined their own show in 2009.

The band have seen a number of line-up changes over their 40-year career, but bass guitarist Steve Harris remains a constant feature.

Their back catalogue is jam-packed full with heavy metal hits, many of which fans are likely to hear in Dubai next year, including “Run to the Hills,” “The Number of the Beast,” and “Two Minutes to Midnight.”

The tour has already seen the (old) boys – who have scooped Brit, Grammy and Ivor Novello awards in their career – play to sell out audiences across the US, Mexico and South America.

The tour started in May 2018 and has also seen them play around Europe, next year, in addition to Dubai, the rockers will also head to Australia and New Zealand.

And while heavy metal might not be to everyone’s taste – although the region is well known for its rock fans, Iron Maiden are not the only rockers to play the UAE, with fans traveling from across the Middle East.

Metallica has twice filled the Du Arena in Abu Dhabi, and Canadian rockers Nickleback have also pleased their fans when they t0o played to packed audiences.

Those who have never seen Iron Maiden before should expect an exciting stage show, the band are notorious for their lights, props and robotics and pyrotechnics.

And do not be surprised if when they come to play Dubai on May 27, 2020, if you see a passenger jet with the band’s iconic logo emblazoned across the side – what’s more, it is likely the pilot is none other than Bruce Dickenson – not only can he sing, he also has a pilot’s license.

Other bands set to play in the UAE over the next 12 months include, Lionel Richie, Lauryn Hill, and One Republic.