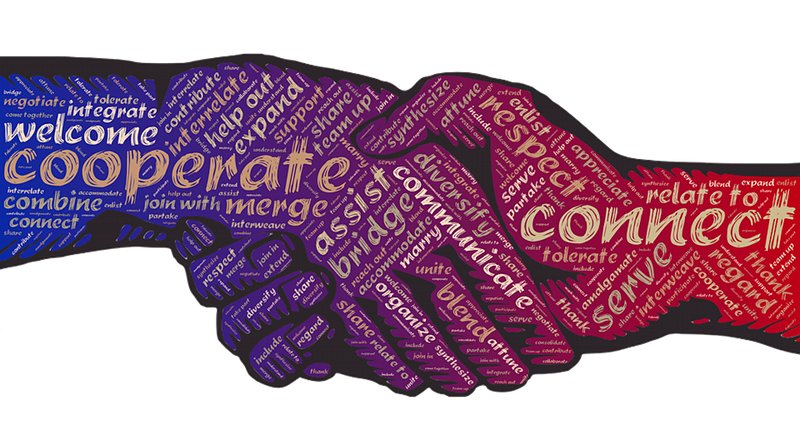 In Brussels, Beijing and Bangkok, concerns over ‘America First’ policies dominate. The unease is understandable. Stable and predictable ties with Washington are equally vital for both Europe and Asia. But it’s time to inject more energy and effort into tapping the full potential of Europe-Asia relations.

It’s time to go further. To do so, policymakers, military strategists and business leaders in Asia and Europe – who are similarly unnerved by US President Donald Trump’s unpredictable approach to trade, tariffs and tyrants and the fall-out from US-China trade and tech competition – need to work on two fronts.

First, they must use their collective heft to try and bring the US back into the global conversation on trade and climate. Second, they should take a serious look at ways of enhancing their own region-to-region ties.

The US leader makes no secret of his suspicion of multilateral deals and for the moment both China and Europe are hoping to avoid a new round of punitive US tariffs. Chinese policymakers know, however, that tensions in US-China relations stretch far beyond trade. And while a halt to damaging tit for tat tariff wars is necessary, such bilateral deals are weakening an already fragile multilateral trading system. They are also endangering global economic growth.

The US insists that it is not disengaging from Asia. A delegation led by US Commerce Secretary Wilbur Ross did attend this week’s East Asia Summit – the region’s flagship leader-level annual meeting – in Bangkok. But President Trump’s decision to stay away disappointed Asian countries, adding to growing concerns about Washington’s long-term commitment to the region. The US also withdrew from the 11-nation Trans-Pacific Partnership trade agreement in 2017.

Chilean President Sebastián Piñera’s cancellation of the Asia-Pacific Economic Cooperation (APEC) summit – a meeting that President Trump did plan to attend this week– adds to Asian anxieties.
Asia isn’t just waiting for America to come back, however. Despite quarrels over history, territory and sovereignty, the region’s leaders are stepping up contacts and deepening their bilateral and regional conversations. Efforts to clinch the Regional Comprehensive Economic Partnership (RCEP), a mammoth trade deal which brings together 16 countries, is one such example.

Valuable work has already been done on reinforcing Europe-Asia ties. Talks on an EU-China investment agreement and a trade deal with India continue to mark time but there is an expanded EU-Japan partnership and ongoing work on trade pacts with Australia and New Zealand as well as several ASEAN countries.

Meanwhile, German Chancellor Angela Merkel’s recent visit to India and French President Emmanuel Macron’s to China are visible proof that upgrading ties with Asia also remains high on national agendas. Germany, too, has joined ASEAN’s Treaty of Amity and Cooperation (TAC), following in the footsteps of Britain and France. The EU has been a member of the TAC, which advocates the non-use of force, since 2012.

Over 50 Asian and European foreign ministers will meet in Spain mid-December to prepare for the annual Asia Europe Meeting (ASEM) in Cambodia next year. They are expected to reiterate commitments to work together for ‘effective multilateralism’. That’s fine and good but to really make ASEM matter, ministers should use the Madrid meeting to break the logjam on two key irritants.

First, Asians should – finally – give the EU a permanent seat at the East Asia Summit. As former EU Council President Donald Tusk said ahead of attending the 2017 summit in Manila as ‘guest of the chair’, Europe needs Asia, and Asia needs Europe. Keeping the EU outside the EAS in a world of rapid geopolitical change and disruption makes little sense.

Second, ASEAN and the EU should sign up to a strategic partnership as soon as possible. The bilateral dispute over palm oil between the EU and the world’s two major exporters of the commodity, Indonesia and Malaysia, is important and must be resolved. But it should not stand in the way of a much-needed formal upgrading of EU-ASEAN ties.

In addition, the EU should bite the bullet and voice its interest in joining the 11-member Trans-Pacific Partnership, or TPP-11, thereby creating a vast free trade zone. Japan, which worked with other members of the TPP-11 to see it finally come into force in December 2018, now has its own economic agreement with the EU. It could act as a bridge between the two. Although it won’t be easy to negotiate given different levels of trade ambition, an EU-TPP-11 trade agreement would create a trade bloc of unprecedented size and send a strong political message of commitment to free trade and multilateralism.

ASEM ministers must use the Madrid meeting to prepare a Europe-Asia blueprint on WTO reform which deals with difficult questions like developing country status, the role and power of state-owned enterprises, as well as protection of intellectual property rights and industrial subsidies.
Preparations should also start on ensuring that the ASEM summit in Cambodia in 2020 takes serious steps to multilateralise global connectivity initiatives, including China’s Belt and Road Initiative. As recommended by Friends of Europe’s recent publication, this should include the start of discussions on crafting a rules-based Connectivity Code of Conduct.

Finally, following the US move to withdraw from the Paris Agreement, Europe and Asia have a common interest in working together to reduce climate-warming emissions, a point also made by Macron following his talks in Beijing.

Fraught US-China relations are going to be part of the geopolitical disorder for years to come. Also, as some have speculated, a post-Brexit ‘Global Britain’ could make intra-European competition in Asia even messier. The long list of geopolitical challenges facing the incoming EU leadership requires smart moves to keep relations with the US on an even keel. It also needs an equal effort to step up Europe-Asia engagement.

*Shada Islam is director of policy at Friends of Europe, a leading European think-tank that aims to stimulate new thinking on global and European issues.

Despite the death of IS’ “caliph” Abu Bakr al-Baghdadi in October 2019, events in Southeast Asia have since shown that IS