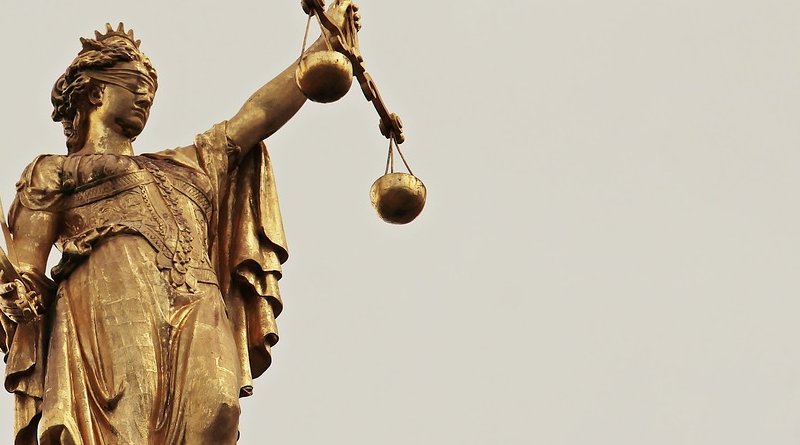 US President Donald Trump has nominated more than one-fourth of federal circuit court judges – but what, if anything, might that entail for jurisprudence on abortion and religious freedom?

In his remarks marking the milestone of 150 judicial nominations on Wednesday at the White House East Room, Trump did not bring up the life issue, nor did he mention religious freedom.

He stated his goal of nominating judges who would “halt judicial activism,” most notably on immigration, where he said, “judges are prohibiting us from enforcing the plain letter of the law.”

Trump’s milestone was marked by the pro-life group Susan B. Anthony List, which celebrated the fact that one-fourth of appellate court judges are Trump appointees in a statement on Tuesday, while also noting the two Supreme Court justices selected by Trump, Neil Gorsuch and Brett Kavanaugh.

“With more than 150 nominees confirmed, President Trump is transforming the American judiciary and has more than delivered on this key promise to pro-life voters who put their trust in him,” Marjorie Dannenfelser, president of the Susan B. Anthony List, stated.

It is unclear how exactly the judges will rule on abortion and religious freedom cases – or how often they may see such cases on the bench.

The Ninth U.S. Circuit Court, for instance, has 29 active judges; the Second Circuit, only 13. Yet it is no certainty that, if an abortion case or a religious liberty case makes it to one of those circuit courts, one of Trump’s nominees would hear it.

The case against David Daleiden and his Center for Medical Progress—the group that released undercover conversations with Planned Parenthood officials regarding potential fetal tissue transactions—featured only a three-judge panel.

Yet although the likelihood that a certain judge might see such a case is small, their fingerprint on a case can be significant. The administration’s rule protecting the conscience rights of health care professionals was thrown out by a district court judge in New York on Wednesday.

If the Department of Health and Human Services appealed the ruling, it would land in the Second Circuit Court of Appeals, where one of the latest nominees confirmed, William Nardini, will be.

For the district courts, the Senate also voted to confirm two new judges, Lee Rudofsky to the Eastern District of Arkansas and Jennifer Wilson to the Middle District of Pennsylvania. The chamber voted 88 to 3 to confirm Wilson and 51 to 41 to confirm Rudofsky.

While three of the nominees saw their confirmations move smoothly through the Senate, Rudofsky was the only candidate of the four not elected by an overwhelming margin.

In October of 2015, Rudofsky – as Solicitor General of Arkansas – wrote a brief with the state’s attorneys general arguing that the states should be allowed greater legal authority to regulate abortions, such as in Arkansas’ ban on most abortions after 12 weeks gestation.

The Supreme Court in Roe v. Wade, and in subsequent decisions, legalized abortions before the “viability” of the baby, while excluding the states from the authority to determine a specific time when viability might occur before the accepted definition of 24 to 28 weeks.

The Supreme Court’s jurisprudence on “viability” should be reconsidered, the brief said.

“A State should be allowed to advance its profound interests in protecting the life of the unborn child, protecting the health of the mother, and upholding the integrity of the medical profession by enforcing a restriction on abortion prior to viability especially where, as here, a woman is given a reasonable amount of time to terminate her pregnancy and the State provides a safe haven statute allowing a woman to abandon an unwanted child carried to term,” the brief stated.

Trump, in his Wednesday remarks, did mention nominees being questioned for their religious beliefs.

“Nominees have been attacked in hearings for their religious beliefs,” he said, without mention of any specific cases. One nominee, Brian Buescher to the district court of Nebraska, was grilled by senators in 2018 over his membership in the Knights of Columbus, and how it would affect his jurisprudence on abortion.

“Every judge we have placed on the bench will hear thousands of cases over their careers. They will ensure equal justice for every party before them, regardless of age, race, income, religion, beliefs, or background,” Trump said.