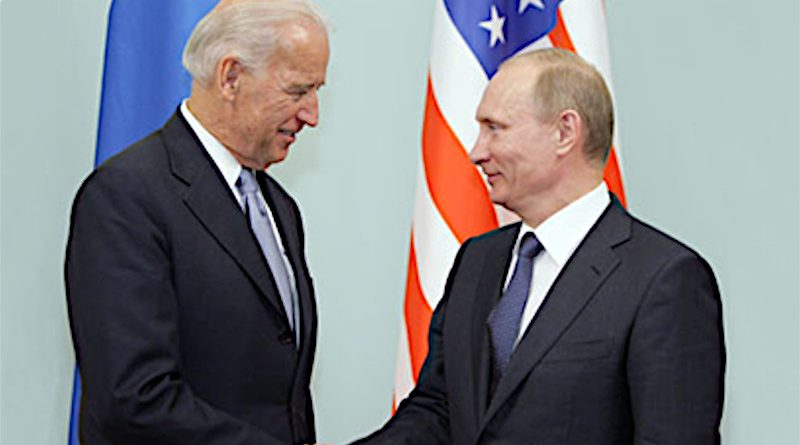 (RFE/RL) — As a candidate, Joe Biden said he would reverse many of the foreign-policy initiatives of the Trump administration, such as withdrawing the United States from international agreements, and work to repair the transatlantic relationship that he contends has been the key to stability in Europe over the past 75 years.

He has said he would take a tougher stand on Russia, expressed strong support for Ukraine, and would rejoin the 2015 nuclear agreement with Iran, if Tehran holds up its end of the deal.

He said he would take “immediate steps” upon entering office to strengthen alliances “and once more have America lead the world.”

However, Biden will be faced with major domestic problems in a deeply divided country — including the coronavirus pandemic, high unemployment, racial tension, and growing inequality — that may prompt him to put his foreign-policy initiatives on the back burner, analysts say.

Analysts have said it could take the Biden administration several months to put together its entire foreign policy team and set more specific priorities.

Biden has said he would seek to repair transatlantic ties, which he asserts President Donald Trump has damaged by repeatedly criticizing the European Union and NATO, slapping tariffs on some European goods, and withdrawing from international agreements.

In contrast to Trump, who in 2016 called NATO “obsolete,” Biden has called it the “most effective political-military alliance in modern history” and said it must remain strоng while adapting to new kinds of threats from Russia.

“To counter Russian aggression, we must keep the alliance’s military capabilities sharp while also expanding its capacity to take on nontraditional threats, such as weaponized corruption, disinformation, and cybertheft,” he wrote in the journal Foreign Affairs earlier in 2020, in an article setting out his positions on a range of issues.

Biden has said he would take a tougher stand against Russian President Vladimir Putin, and has called Moscow an “opponent” as well as the biggest “threat” to the security of the United States today.

He has criticized the Kremlin for actions including the seizure of Crimea and for its role in the war between Kyiv and Russia-backed separatists in Ukraine’s Donbas region. He has also accused it of interfering in U.S. elections and of being behind attacks on Russian journalists and civil society leaders. Trump rarely criticized the Kremlin.

“Unlike Trump, I’ll defend our democratic values and stand up to autocrats like Putin,” Biden said in a tweet in August.

He has also threatened to punish Moscow if it interfered in the 2020 election and rejected Trump’s idea of inviting Russia back into the Group of Seven (G7) leading industrialized countries.

“We must impose real costs on Russia for its violations of international norms and stand with Russian civil society, which has bravely stood up time and again against…Putin’s kleptocratic authoritarian system,” he wrote in the Foreign Affairs article.

Biden supports the cancelation of the Kremlin-backed Nord Stream 2 pipeline to carry natural gas from Russia to Germany. Opponents of the pipeline say it would deprive Ukraine of significant transit fees from Russia and increase European reliance on Russian energy exports.

Biden, who was Obama’s point man on Ukraine as vice president, has expressed strong support for Ukraine’s independence and integration with Europe and has backed sending lethal weapons to Kyiv to help it battle the Russian-backed separatists.

Biden has said he would extend New START, the last remaining nuclear arms treaty with Russia, while pursuing negotiations on a new pact. New START, which imposes limits on the two countries’ strategic nuclear arsenals, expires in February but can be extended by up to five years by mutual agreement.

The Trump administration has rejected Moscow’s proposal to prolong New START with no additional conditions, as well as an offer for a one-year extension, and has not reached an agreement on its extension. Biden argues that the pact is beneficial to U.S. security and should be extended while a new agreement is sought.

While Biden’s positions on Putin and Russia’s actions suggest that tensions between Washington and Moscow will remain tense and could potentially worsen once he takes office, arms control is one of a handful of issues that analysts say could present a platform for productive negotiations between the United States and the Kremlin.

Biden has said that he would have the United States rejoin the 2015 nuclear agreement with Iran, which curbed the country’s nuclear activities in exchange for sanctions relief — if Tehran moves back into compliance with its terms.

Iran violated the terms of the agreement with global powers after Trump withdrew the United States from the deal known as the JCPOA in 2018 and imposed sanctions on Tehran. The sanctions have hurt Iran’s economy but not promoted it to seek a new deal.

Biden has said he would work with the other powers involved — Britain, France, Germany, Russia, and China, as well as the EU — to amend aspects of the agreement once Iran is back in compliance.

“With our allies, we will work to strengthen and extend the nuclear deal’s provisions, while also addressing other issues of concern,” such as human rights violations and the jailing of foreigners, Biden said.

Biden said he would bring U.S. troops home from Afghanistan — almost 20 years after the United States led an invasion to drive the Taliban extremist group from power following the September 11 attacks in 2001 — and leave in place only a small contingent of special forces who would carry out counterterrorism missions.

Biden opposed the large buildup of U.S. troops in Afghanistan while serving as vice president from 2009 to 2017.

Barring substantial developments before his inauguration on January 20, he will inherit a historic but fragile peace process that the Trump administration set in motion by reaching a political deal with the Taliban in February 2020 that paved the road for peace talks between the militants and the U.S.-backed Afghan government.

Biden has said he will work with U.S. allies to strengthen democracies around the world and push back on creeping authoritarianism. He has expressed concern over what is widely seen as a rollback of democracy in some NATO member states, including Poland and Hungary.

“During my first year in office, the United States will organize and host a global ‘summit for democracy’ to renew the spirit and shared purpose of the nations of the free world. It will bring together the world’s democracies to strengthen our democratic institutions, honestly confront nations that are backsliding, and forge a common agenda,” Biden wrote early in 2020.