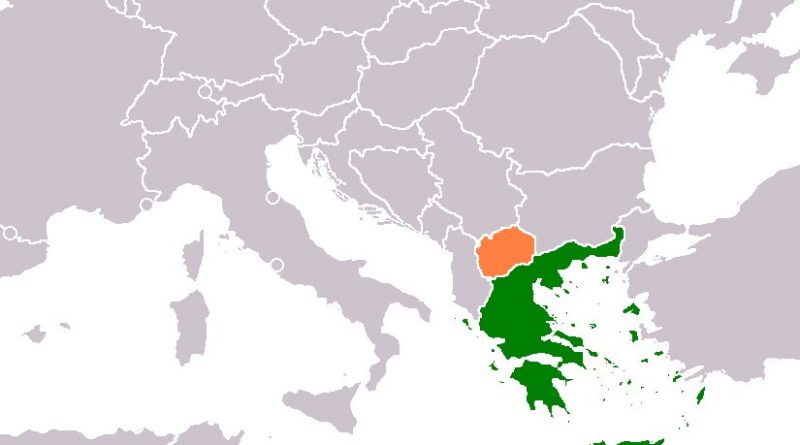 The International Court of Justice’s (ICJ) 15-1 finding that Greece was wrong to block Macedonia’s entry into NATO in 2008 in a long-running dispute over the country’s name has brought some howls of indignation from the Greeks, but also a claim of victory because the court said it would not bar Greece from doing it again.

The name battle, which has dragged on for more than 15 years, since Greece allowed its northern neighbour to adopt the name the former Yugoslav Republic of Macedonia — derisively known as FYROM in Greece — is far from being resolved. Although some Greeks fear the court ruling could lead to official recognition of the name Macedonia, to which they fiercely object because Greece’s northern abutting province bears the same name.

Greece’s legal counsel, Maria Telalian, told the court in March that Athens did not break the 1995 interim agreement between the two countries — which prevented it from blocking Skopje joining international organisations — but that Macedonia broke the deal when it asked to join under its Republic of Macedonia.

The ruling could add weight to Macedonia’s protests that Greece is unfairly blocking entry to international bodies, but the court steered clear of that.

George Tzogopoulos, a research fellow at the Athens-based Hellenic Foundation for European and Foreign Policy, said Macedonian leaders should not gloat yet.

“It could be conceived as a victory [for them], but if you read the decision you realise Greece can veto them again,” he told SETimes.

He said Greece made a mistake in allowing the word “Macedonia” to be included in the composite acronym, and that the court decision could open the door for total international recognition of that name over Greece’s objections.

While the EU and UN recognise FYROM as the official name, more than 100 countries accept Republic of Macedonia.

Tzogopoulos said that while the court ruling was a split decision that could let Greece bar Macedonia entry into the EU or NATO, it nevertheless creates a dilemma.

“Greece has already accepted the word ‘Macedonia’ to be part of a composite name … now that most countries have started to recognise the constitutional name de facto, they [Macedonia] believe that in a few years everyone will be using that term. They don’t want to compromise. There’s a lot of pressure on Greece because we don’t have many countries on our side now.”

Greece wants a geographical distinction, and UN negotiator Matthew Nimetz has been working with a series of Greek administrations and Macedonian officials to find a resolution.

Little progress, however, has been made, especially as Greece has been agitated by Macedonia naming its airport after Alexander the Great, whom Greece claims as its own.

Greece also fears that Macedonia harbours territorial ambitions, especially towards its second largest city, Thessaloniki, where about 150 members of an ultra-right group held a demonstration after the decision, shouting “Greece belongs to the Greeks”.

Nationalists, especially the far right-wing Popular Orthodox Rally (LAOS) led by George Karatzaferis that is part of a temporary coalition government ruling Greece until elections early next year, were angered by the decision. Karatzaferis said his party would leave the government if Macedonia ultimately wins the name battle.

Greek interim Prime Minister Lucas Papademos said that “reaching a mutually acceptable solution on the name issue is a condition for the full normalisation of relations,” but said what it called “continuing provocation” by Macedonia was an obstacle.

Outside the courtroom, Greece’s Dutch Ambassador Ioannis Economides urged Macedonia “to resist using today’s decision to subvert the negotiations”, and NATO chief Anders Fogh Rasmussen said in Brussels that Macedonia will not be admitted to the Alliance until the name issue is resolved, leaving some Greek analysts less anxious over what they called a technical knockout for Macedonia.

“Some people here seem happy in the sense that this is now done so we can work on the name issue because it wasn’t so bad for Greece,” Alex Giannoulias, a senior research fellow at the Athens-based Research Institute for European and American Studies, which specialises in security issues, told SETimes.

“There is no fear, although some political parties are afraid,” he said. “The only concern from this whole issue is that some people are concerned about the ability of the government to negotiate something,” he added.

There was little opposition from Athens to the former Yugoslav republic using the name Macedonia until it declared independence in 1991. The country occupies some of the territory in the region that was known as Macedonia after the conquests of Alexander the Great in the 4th century BC, and Greece is fiercely protective of him and what it claims is historical evidence proving Macedonia is Greek, a view vehemently disputed in Macedonia.

University of Athens International Relations Associate Professor Kostas Ifantis, a former Fulbright Scholar at Harvard who is associated with the Hellenic Centre for European Studies, said he was not surprised by the court’s outcome.

“It was a decision to be expected; it was balanced,” he told SETimes. “There is a political element in it. It’s a signal by the courts that the issue should be solved and shouldn’t be elevated to legal decisions.”

He said while the court did not prevent Greece from exercising its right to block Macedonia again, “I don’t think it’s an invitation to veto again; … the issue is ripe for a compromise.”