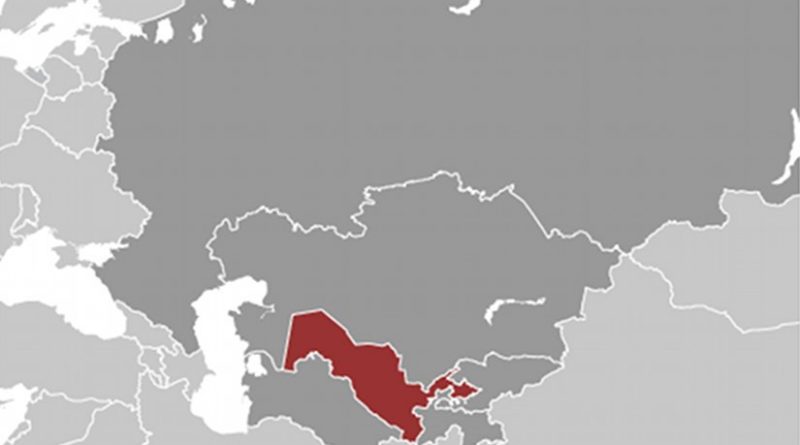 Uzbekistan continues to fine people for exercising the right to freedom of religion or belief, Forum 18 News Service has learned, in one case using an apparently false witness and with many irregularities in documentation police submitted to court. In other cases, punishments have also been imposed, even though the charges were brought beyond the legal time limit for charges to be brought in Uzbekistan. The police have also bullied two schoolgirls into not attending a church.

Sergei Kozin, a member of an officially registered Baptist Church in Sergeli District near the capital Tashkent, was on 21 November fined 80 times the monthly minimum salary, or 3,978,800 Soms (12,810 Norwegian Kroner, 1,655 Euros, or 2,220 US Dollars at the inflated official exchange rate). Judge Sanjar Dusmanov of Tashkent Region’s Yangiyul District Criminal Court found, in a verdict which Forum 18 has seen, that Kozin broke the Code of Administrative Offences’ Article 201 Part 2 (“Violation of the procedure for holding religious meetings, street processions or other religious ceremonies”). Judge Dusmanov also ordered that three Christian songbooks and a book of Psalms with the New Testament be handed for storage to the state Religious Affairs Committee.

The case followed a raid by police on a group of Baptists including Kozin, who were on holiday and who were at that time reading. Officials had originally told Baptists that charges were being brought under Administrative Code Articles 240, Part 1 (“Holding unregistered religious meetings”) and 241 (“Teaching religious beliefs without specialised religious education and without permission from the central organ of a [registered] religious organisation, as well as teaching religious beliefs privately”). The trial and punishment violated the Administrative Code, as Article 36 states that charges cannot be brought more than two months after an alleged administrative violation.

A case opened at the same time against another Baptist holidaying with the group, Pavel Nenno, has apparently been dropped by police.

“Holding of a religious meeting is against the law”

The verdict states that the Religious Affairs Committee wrote to the Court, stating that Kozin is “the leader of the Baptist Church officially registered in Sergeli District of Tashkent Region since 20 March 1996, and has rights to carry out religious activity only in the territory of the legal address of the Church. The letter is also said in the verdict to state that no complaints were made to the Committee of any religious meetings in Niyazbash or the Mauviy Kullar [Blue Lake] Resort. “However, if it took place, holding of a religious meeting is against the law.”

Judge Who? Prosecutor Who?

The Religious Affairs Committee refused to discuss the case with Forum 18 on 2 December. Begzot Kadyrov, the official who oversees work with non-Muslim communities, told Forum 18 that: “You know I do not answer your questions over the phone. You must either come in person or send your questions in writing.” He refused to talk further.

The telephones of Committee Chair Artyk Yusupov and other officials went unanswered on 2 and 5 December.

Baptists, who asked not to be named for fear of state reprisals, stated to Forum 18 on 28 November that the case was “fabricated”, with a “fake” witness. They stated that an Ergash Ermakbayev was produced in court as a witness, but he did not produce as required documents proving his identity. Baptists said that they think that the witness may have been given an “invented name”.

Various sources in the past have stated to Forum 18 that police in Uzbekistan use “fake witnesses” while investigating alleged offences by the religious communities and their members. One such source (who wished to remain anonymous for fear of state reprisals) stated that in several cases, the addresses of the witnesses were later checked. But, “we found that no such persons resided at those addresses”.

The telephone of police Captain Murat Yusupov of Yangiyul Police Criminal Investigation Department, who opened the case against Kozin, and of other police were not answered on 2 December.

Baptists told Forum 18 that Kozin’s legal representative asked the Court to open a criminal case against the witness, but Judge Dusmanov ignored this request.

According to the verdict, Ermakbayev was tending his land not far from the village of Niyazbash on 29 July. He is reported as stating that police officers came to him at 3 pm to ask him to be their witness in inspecting a site at the Mauviy Kullar Resort. “I saw Kozin and other holidaymakers holding some books in their hands, which I later learned were religious books”, Ermakbayev told the Court.

Judge Dusmanov heard Kozin’s case for the first time on 28 October, and referred the case Yangiyul Prosecutor’s Office for further inquiry into the case. Among Judge Dusmanov’s reasons, which Forum 18 has seen, he stated that:

Forum 18 has been unable to discuss this with Judge Dusmanov, as as noted above he refused to answer questions.

Home raided despite no search warrant

Five officials in the eastern town of Fergana [Farghona], one of whom was in police uniform, on 19 November raided the private flat of Latifzhon Mamazhanov. He is a member of an unregistered Baptist Church, Baptists who wished to remain unnamed for fear of state reprisals, told Forum 18 on 29 November. They complained that no search warrant was produced by the officials, who claimed they were from the police. When Mamazhanov’s wife refused the officials entry, they “pushed her out of the way” and “with threats” entered the house.

One of the officials in the raid was police Inspector Dilshod Atagulov of Fergana City Police’s Crime Prevention Division. He insisted to Forum 18 on 30 November that he “did everything on legal grounds”, when asked why the police raided Mamazhamov’s home without a warrant. He then said that “I do not wish to discuss the matter with you”, and put the phone down. Subsequent calls to Inspector Ataguolov went unanswered.

The officials confiscated, about 100 Christian books, including two Bibles, a Bible Dictionary, a Bible Encyclopedia in Russian, a New Testament in Uzbek, 30 Uzbek-language DVDs of the “Jesus Film” (a film of the life of Jesus Christ), four officially licensed Uzbek films on DVDs, a video tape of a film based on St John’s Gospel, and a Dell notebook computer.

It is expected that Fergana Police will charge Mamazhanov under the Administrative Code’s Article 184-2 (“Illegal production, storage, or import into Uzbekistan with a purpose to distribute or distribution of religious materials by physical persons”), Baptists said. This “offence” is punishable with a fine of between 50 and 150 time the minimum monthly salary, “with confiscation of the religious materials and the relevant means of their production and distribution”.

The officially registered Baptist Church in Angren, Tashkent Region, was raided twice on 16 October. At 11 am, during a meeting for Sunday worship, Furkat Boltayev, Deputy Chief of the town’s police Criminal Investigation and Struggle against Terrorism Division, “illegally broke in” to the meeting, which had eight adults and seven children aged between 13 and 15 were present. He confiscated written consent letters of parents allowing their children to attend the Church, Baptists who asked not to be named for fear of state reprisals told Forum 18 on 5 November.

After being summoned to a police station for questioning, two schoolgirls stopped coming to church. The police threatened them that “they will be in police records and thrown out of school”, Baptists elsewhere told Forum 18. Under duress, the two then wrote statements against Vyacheslav Gavrilov, the Church’s Pastor, Baptists said.

The authorities have bullied and harassed schoolchildren who attend places of worship – including mosques and Christian churches – as well as their parents. The mass media has been used as part of this.

The use by officials of violence and torture, or threats of this, is “routine” the United Nations Committee Against Torture has found. Women in particular are often targeted by such assaults.

Boltayev of the police Criminal Investigation and Struggle against Terrorism Division refused to answer questions on 30 November. “Talk to the leadership of the police”, he told Forum 18 before putting the phone down.

Yerali Erbutayev, Deputy Chief of Angren Police told Forum 18 on 30 November that he did not know the details of the case and asked Forum 18 to call later. On 1 December Erbutayev stated that police had opened an unspecified administrative case against Gavrilov, but did not want to comment further. He referred Forum 18 to Kudrat Kholmirzoyev, Chief of Angren Police’s of Criminal Investigation and Struggle against Terrorism Division. Kholmirzoyev on 1 December asked Forum 18 to call an hour later, saying that he needed to look in the case files. Later, and on 2 and 5 December, his telephone was not answered.

Judge Shamsutdinova refused to comment on her decision on 1 December. When asked why such heavy fines were given, she told Forum 18, “I will not discuss my decisions over the phone and especially with you from Norway.” She then put the phone down.

Similarly, Judge Gaziyev of Tashkent City Criminal Court on 12 October rejected an appeal by Albina Bankova against a fine of 50 times the minimum monthly salary. She had been fined for possession of religious literature, despite the fine breaking Article 36 of the Administrative Code’s bar on charges being brought more than two months after an alleged administrative violation. The literature, including Bibles, was ordered to be destroyed by the Court.