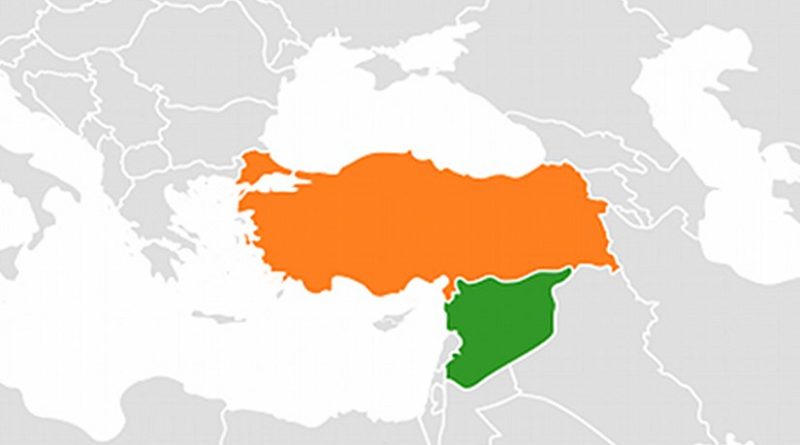 Like in almost all Arab countries, the regime in Syria is also an absolute dictatorship. The unprecedented revolutionary fervor sweeping across the Arab world since December 2010 hit Syria in March 2011, but the trajectory of developments in Syria was completely different from those in Tunisia and Egypt.

In Syria, the unrest spread only gradually and did not immediately become a spontaneous coherent mass movement demanding regime change. This was because the regime enjoyed the overwhelming, if not almost total, support of the minority communities such as the Alawites, Christians and Druze, and a rather substantial support amongst the upper and middle class Sunnis, particularly the business community in all major cities. Also, the Syrian Arab Army (SAA) did not withhold support as in Tunisia and Egypt despite the fact that at that time 3/5th of the SAA was comprised of Sunnis.

Syria’s army was estimated at around 350,000 strong, and after over four-and-a-half years of war, and taking into account casualties and desertions, approximately 90,000 still remain a part of the SAA. Furthermore, Sunnis also constitute a not-insubstantial number of the National Defense Forces raised since 2013. Foreigners played no part in the toppling of Tunisia’s Zine El Abidine Ben Ali and Egypt’s Hosni Mubarak. In Syria, the protests had become an armed uprising almost from the beginning entirely due to foreign intervention of Sunni regional states with Turkey taking the lead. Syrian President Assad’s foreign opponents had finally found an opportunity to overthrow the regime because its longstanding alliance with the Islamic Republic of Iran was a festering sore that had to be excised.

After Turkish President Recep Tayyip Erdogan’s election victory in 2002 and the innovative enunciation of a ‘zero problems with neighbours’ foreign policy, in just under a decade, Turkey’s relationship with Syria was transformed from one of deep enmity to becoming Turkey’s best bilateral relationship; Turkey’s prestigious Hürriyet newspaper labeled Turkish-Syrian relations as a “model partnership in the Middle East” as late as January 2011. When the uprisings in Syria began, Erdogan at first continued to publicly support Assad, calling him “a good friend who was loved by his people.” He was fully aware of the ground realities in Syria and knew well that Assad could not be overthrown by an internal revolt and that substantive foreign intervention would be necessary. Though Assad released large numbers of Muslim Brotherhood detainees on Turkey’s request, he turned down Ankara’s threatening demands to include the Muslim Brotherhood in the government. Turkey had its alibi, albeit rather weak, for large-scale intervention.

Having won three successive elections and successfully curbed the power that the military has traditionally enjoyed in the post Ottoman Turkey, Erdogan started nursing neo Ottoman dreams and, inter alia, described his election victory in 2011 as a victory of its Ottoman heritage. In October 2009, the then Turkish Foreign Minister Ahmet Davotoglu, invoking Turkey’s former imperial grandeur, had said that “As in the sixteenth century, when the Ottomans were rising, we will once again make the Balkans, the Caucasus, and the Middle East, together with Turkey, the center of world politics in the future. That is the goal of Turkish foreign policy and we will achieve it.” Under Erdogan’s rule, Turkey began considering itself the foremost patron of political Islam and began pushing his belief that it should be the main component of governing entities in Muslim countries. Developments in Syria were viewed as the perfect opportunity to begin implementing these dreams.

Sanctions were put in place. Strident denunciations of Assad began, and he was now termed “a butcher’ – calls for him to be overthrown became a daily staple.

Turkey began proactively supplying arms and sending in Islamist fighters almost from the beginning, and this steadily increased over time; and most of these foreign fighters and arms entered Syria via its border with Turkey. A NATO document admits that “It is believed that there are as many as 1,200 armed opposition groups in Syria, with well over 100,000 fighters.” The war in Syria acquired a new dimension with the establishment of the Islamic State (IS) in mid-2014. Though initially created by disgruntled Sunni elements from Iraq, it expanded very rapidly due to several reasons, amongst which the Turkish role has been vital.

In fact, Turkey has chosen to attack the Syrian Kurds who have been the single most potent fighting force against the IS.

There is a large amount of literature in the West which substantiates Syria expert and West Asia historian Helena Cobban’s comment that “Turkey has certainly colluded with the Islamic State, allowing arms, men and money to flow across its border into the Islamic State-controlled area with almost no hindrance.”

Turkey is a NATO member and a long-standing ally of the Western powers. Barring Israel, Turkey is by far the most militarily powerful country in West Asia; if Turkey really wanted to hit the IS, the latter would crumble within months, given the heavyweight coalition that is fighting against it. There are two wars ongoing in Syria – one against the IS and the other against the Assad regime. The war against the IS cannot be won without Turkey being an active participant. Even with its best efforts, Turkish ambitions to overthrow Assad cannot succeed with Russia and Iran now actively militarily committed to the continuance of the Syrian regime at least until the end of a transitional period which – could be a long time away.

The first substantial step required to end the tragedy in Syria is a complete change of Turkish policy, which however, unfortunately, seems unlikely to happen anytime soon.

Home » Turkey’s Ambitions And The War In Syria – Analysis