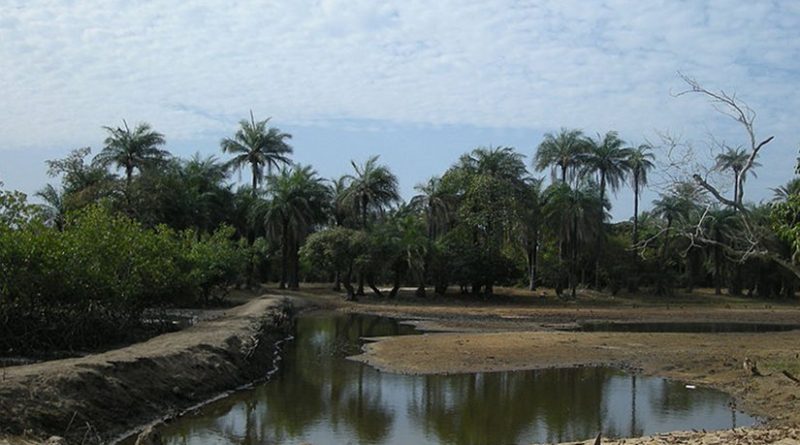 “The increasing role of rice in the food basket of [Sub-Saharan African] consumers has made rice a political crop whose price and accessibility directly influence social stability.” — Noted in Papa A. Seck, Rising trends and variability of rice prices: Threats and opportunities for sub-Saharan Africa (2010), 404.

Nearly 40 percent of Africa’s rice consumption is sustained by imports as a result of neoliberal Structural Adjustment Programs (SAPs) that have been instituted since the 1980s. Policies that promote domestic rice production should be pursued instead because reversing reliance on foreign imports is imperative to agricultural self-sufficiency within the continent.

The current issue with neoliberal policies is that they force Sub-Saharan Africa to conform to Western economic values rather than fulfilling its own interests. The intention of SAPs was to promote long term economic growth in poor countries by providing loans through the World Bank or International Monetary Fund. However, critics have often associated these loans with blackmail as each is tied to a specific set of constraining neoliberal requirements that the recipient is compelled to meet.

The demands from SAPs have firstly pressured African countries to decrease agricultural subsidies at the expense of smallholder rice farmers. In the Gambia, this resulted in a four-fold increase in the price of fertilizer and a subsequent 40 percent drop in domestic rice production as rural incomes could not keep up with rising farming costs. Ironically, while Western institutions pressured Africa to cut subsidies, agriculture continues to be massively subsidized in the US and in Asia.

Local rice farmers have also suffered because SAPs influence Sub-Saharan governments to decrease trade barriers; as a result, foreign imports have flooded the local rice markets in Africa. Smallholders are no longer able to compete with the cheaper imported rice in their own countries. Essentially, agricultural neoliberal policies have encouraged Sub-Saharan nations to marginalize smallholders, once “the backbone of African agriculture,” as a secondary concern.

In addition to the destruction of domestic farming, a greater risk is posed for African rice consumers as a whole. Since Africa has increased its dependence on rice imports to fulfill the demands of growing urban populations, its inhabitants have become alarmingly vulnerable to the ebb and flow of global food prices. When the price of rice shot up by 74 percent in 2008, African households were devastated. Loss of food security translated to a series of destructive food riots in urban areas. Promoting local self-sufficiency as a main food policy goal, therefore, is imperative to maintaining social stability and protecting citizens from both hunger and violence.

Without breaking free of neoliberal Structural Adjustment Programs, Sub-Saharan Africa cannot accomplish its goals of agricultural self-sufficiency. Instead, it will continue its trajectory of high risk, low reward growth. Smallholder farming will be further repressed, African countries will increase its import reliance, and urban inhabitants will be even more vulnerable to international market shocks. Evidence has shown very minimal economic growth, but high instability as a result of SAPs and other neoliberal policies. Therefore, Africa must put agricultural self-sufficiency at the centerpiece of its policies before opening up to the international market, but it needs the support of international institutions through reformed agricultural policies.

* William Li studies agricultural policy in developing countries as an undergraduate at the University of Pennsylvania.