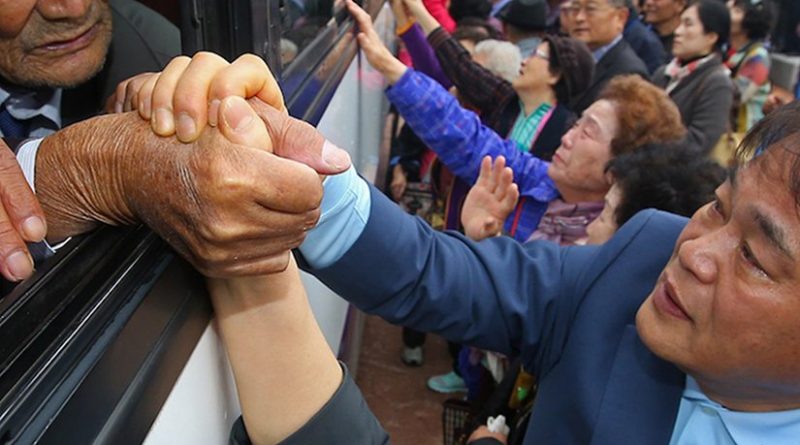 the midst of mounting political tension on the Korean peninsula, a new report from the United Nations human rights wing has drawn attention to more than 60 years of “involuntary” separation between families from the two Koreas and called for multifaceted steps in order to encourage reunion and alleviate the suffering of families.

The report, published on December by the UN Human Rights Office of the High Commissioner (OHCHR), documents the experiences of families who have been torn apart since the 1950-1953 Korean War through displacement, forced disappearance and abductions, and as a result of those fleeing the Democratic People’s Republic of Korea (DPRK), official name of North Korea.

The report tells the story of Park Dong-yeol (name changed), now 85, who fled North Korea in 1950. She was denied access to a boat leaving for the Republic of Korea (ROK or South Korea) due to a superstition about having women aboard. When she finally reached South Korea via foot, she was kept under close surveillance. Authorities were suspicious of a single woman, prompting her to marry once she “lost hope” of being reunited with her family who had remained in the DPRK.

The urgency of the report is underscored by the fact that the last reunion event, the twentieth since 2000, took place in October 2015 following lengthy negotiations. Talks for subsequent reunions came to a halt after DPRK resumed nuclear tests and ballistic missile launches in early 2016.

“The constant shift in the balance of political powers has made it difficult to develop a clear, principled roadmap based on the human rights of victims rather than political considerations only,” states the report.

“The emotional, psychological, social, and economic toll of involuntary separation persists to this day, as people continue to search for the truth and for contact with their loved ones,” said UN High Commissioner for Human Rights Zeid Ra’ad Al Hussein.

This report looks at past and present-day forms of involuntary separation and outlines a practical and humane approach to family reunification. “These people are not just statistics; they are not a faceless mass of victims caught up in the sweep of history. They are individuals with their own, unimaginable, stories of suffering – a suffering that remains as acute as ever despite the passing of years,” the High Commissioner explained.

Through interviews and research, the report finds that involuntary separation has not only been through the inevitable consequences of war, but also due to structural forms of exclusion and impunity. Women, in particular, have suffered long-lasting prejudice.

While occasional but tightly controlled reunions for some 100 families on both sides of the peninsula began in 2000, such meetings often bring about more stress than reconciliation, says the report.

In 2015, Ji Eungyeong (name changed) met with her daughter who she left behind in North Korea 64 years ago. “We could barely talk in the hall,” she shared. “There were journalists on one side and [guards] on the other. Then we had two hours of private time. Only then was my daughter able to cry.”

The report also shares the experiences of people in Republic of Korea whose family members were abducted. In 1950, Jeong Sun-ui’s father disappeared, leading the rest of the family to be treated with suspicion, fearing that they might be spies. “There was always a sense of guilt by association,” he said.

Since 2008, due to more stringent border controls, the number of people who have escaped from DPRK to ROK has decreased. Those who do risk their lives – frequently women – are exposed to brutal treatment including labour sentences if caught. If they escape, their families are at risk for acts of retaliation and harassment by the authorities.

The report calls for unhindered contact for people in both countries, public and complete lists of all individuals who have been missing since the war and determining their whereabouts, and protecting those who leave DPRK.

OHCHR acknowledges that increases in political and military tensions in the region have generated extremely difficult obstacles, but nonetheless advocates action from DPRK in order to locate and return those who have been abducted, as well as removing restrictions that prevent citizens from travelling and communicating with the outside world.

“I met people who have lost trace of close relatives as a result of abductions or displacement during the Korean War. Their suffering is enormous and the urgency for the solution is accelerating with advancing age of victims and their families”, said Special Rapporteur Tomás Ojea Quintana in a news release issued by the Office of the UN High Commissioner for Human Rights. He was wrapping up a 10-day visit to Northeast Asia on November 25.

According to the UN human rights office, since the creation of the mandate of the Special Rapporteur, in 2004, successive mandate holders have made requests to visit the DPRK, however, access has so far not been granted. In that regard, the experts have visited other countries in the region such as Japan, Thailand and the Republic of Korea.

This was Quintana’s first visit to Northeast Asia after being appointed as the Special Rapporteur on the situation of human rights in the DPRK by the UN Human Rights Council in August. He visited the Republic of Korea and Japan.

Further in the release, the Special Rapporteur stressed the need of holding the perpetrators of human rights violations accountable. By doing so, further violations could be deterred, he added.

He also said that pursuing accountability as well as expanding humanitarian and human rights initiatives by pushing for more engagement with authorities in DPR Korea – two approaches taken by the civil society in the country – are complementary and that all civil society groups deserve his support.

Noting that it was remarkable that the people who had to leave DPR Korea were “well aware” of their rights and that discussions with them helped him understand some of the human rights violations that motivated their decision to leave.

“I was particularly moved by their testimonies as well as their resilience,” he said, adding: “Despite all the challenges that they have been through, they now look forward to the future.”

The Special Rapporteur will present a full report on his mission to the Geneva-based Human Rights Council in March 2017.

According to Geneva-based OHCHR, the Independent experts and Special Rapporteurs are appointed by the Council to examine and report back on a specific human rights theme or a country situation. The positions are honorary and the experts are not UN staff, nor are they paid for their work.