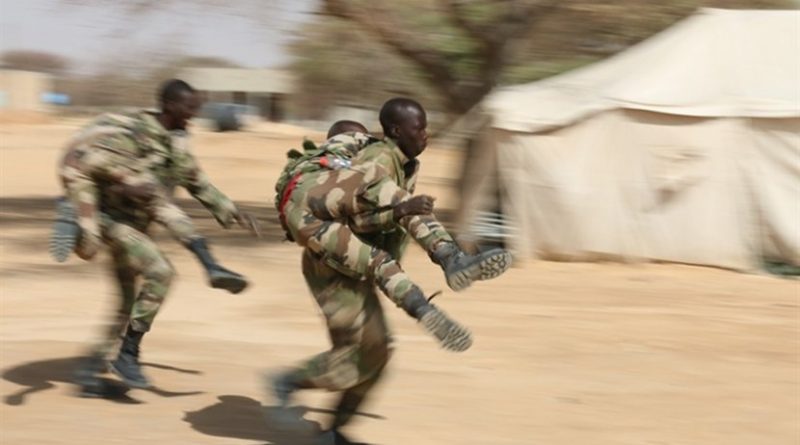 U.S.-led efforts in Africa are vitally important as African nations confront complex and growing threats from multiple terrorist groups, including the Islamic State of Iraq and Syria, al-Qaida affiliates and other extremist groups such as Boko Haram, the acting undersecretary of defense for policy said today on Capitol Hill.

“These groups exploit instability, weak governance, vulnerable populations, social media and vast spaces to establish safe havens, spread their toxic ideology and attack all who do not subscribe to it,” David J. Trachtenberg said during a House Foreign Affairs Committee hearing on counterterrorism efforts in Africa.

“While DoD maintains expert counterterrorism forces — the best in the world, bar none — capable of conducting precision air strikes and complex raids to protect our interests, we are focused principally on helping our partners build their own capabilities and expand their capacity to fight these terrorist organizations and stem further violence and instability,” he said.

Defense Secretary James N. Mattis has put significant emphasis on building and strengthening partnerships, Trachtenberg added, to both lessen the demand for U.S. forces and to ensure sustainable indigenous solutions to these problems.

“In the simplest terms, DoD seeks to work by, with and through our partners in Africa to find African solutions to African problems,” the undersecretary said. That means military operations against terrorist organizations are conducted by host nation force, and U.S. forces work with partner nations to train, equip, advise and enable and accompany them on operations and improve their effectiveness and professionalism, he noted. “And through this cooperative relationship, the United States and our partners in Africa achieve our shared strategic objectives.”

As the United States works to build partner capacity, he said, more than military effectiveness is at work. “[We] also place a high value on professionalization of our partners’ militaries, and specifically, to improving their adherence to norms for respecting human rights. In addition to bilateral partnerships, we also seek to work closely with regional organizations like the African Union and the G-5 Sahel Joint Task Force,” Trachtenberg said.

The United States partners with other nations, such as France, which has committed thousands of troops, to share burdens on the vast African continent, and important partner departments and agencies of the U.S. government, he said.

“There is no purely military solution to the terrorism threat in Africa, and DoD is committed to promoting whole-of-government solutions,” Trachtenberg told the committee.

“This requires that we leverage the full range of resources, talent and expertise to address these problems,” he said. “This is particularly true of our colleagues in the Department of State and [the U.S. Agency of International Development], and we are committed to working together with them to protect the United States our citizens and our interests in Africa.”

On behalf of DoD, Trachtenberg expressed the department’s deepest sympathies to the families of the soldiers killed in the Niger ambush Oct. 4, and said the investigation into the attack is proceeding with due diligence and care.

“As we have briefed you and other committees, the investigation is ongoing and we do not want to provide inaccurate or incomplete information,” he said. “We must therefore wait for the investigation to be completed by [U.S. Africa Command] before we can have the full picture of what happened. However, we will inform Congress on the conclusions of the investigation as soon as possible after the families are briefed.”

Home » Military Not Only Solution To Terrorism In Africa, US Defense Official Says