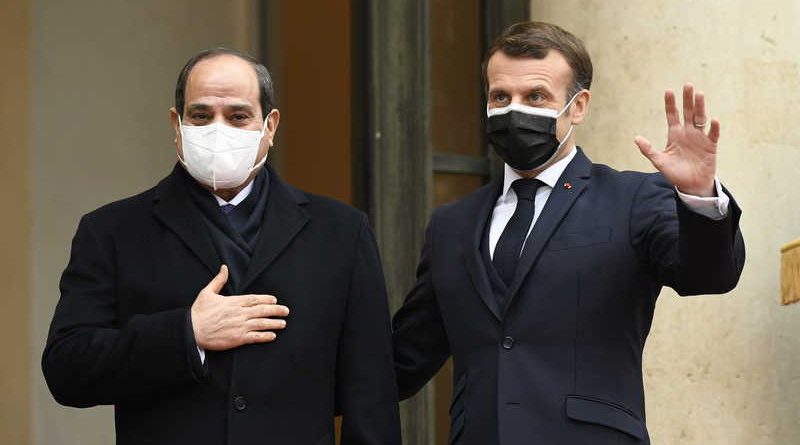 President Emmanuel Macron said on Monday he would not condition the future sale of French arms to Egypt on human rights because he did not want to weaken Cairo’s ability to counter terrorism in the region.

“I will not condition matters of defence and economic cooperation on these disagreements (over human rights),” Macron said during a joint press conference with President Abdel Fattah El-Sisi after the two leaders held talks in the Elysee Palace.

“It is more effective to have a policy of demanding dialogue than a boycott which would only reduce the effectiveness of one our partners in the fight against terrorism,” he added.

Meanwhile, Sisi said that he was working to secure the future for the Egyptian people in the region.

“The security of 100 million Egyptians falls upon me,” he said, accusing the Muslim Brotherhood organization of exporting extremist ideology to France and the rest of world.

Macron also stated that he had spoken frankly to El-Sisi about matters of human rights in the North African country, though he gave few details.

Macron made his remarks at a press conference with El-Sisi after the two leaders held talks at the Elysee Palace. Sisi was making a two-day visit to France, though hopes of nurturing closer ties were overshadowed by a furor over Cairo’s rights record.

Macron also said that while progress had been made in stabilising Libya, threats persisted from external actors.

France views Egypt and its leader as a bulwark against Islamist militants in the Sinai peninsular and Libya.

Earlier in the morning, France had welcomed Sisi with a Cavalry parade through Paris.