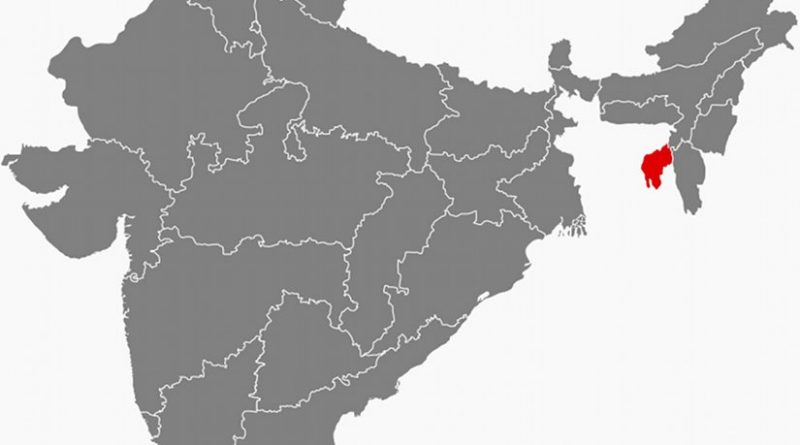 According to a November 30, 2020 report, since the signing of the January 16, 2020, agreement regarding permanent settlement of around 32,000 displaced Bru tribals from Mizoram in Tripura State, protests and violent clashes have erupted in Tripura among the Bengali and Mizo groups of the State. Some incidents in November include:

November 16: Several thousand people, including women and children staged rallies and demonstrations in the Kanchanpur sub-division of North Tripura District, protesting against the government’s decision to rehabilitate the Bru tribal refugees in Tripura.

November 17: A protest rally was staged in Kanchanpur demanding exemplary punishment to the Bru tribal perpetrators who attacked Bengali families in Kanchanpur earlier in the day.

More worryingly, on November 21, 2020, protestors from Joint Movement Committee (JMC), a group of mostly Bengali settlers, blocked National Highway 8 in the Panisagar sub-division of North Tripura District against the resettlement of Bru-Reang refugees from Mizoram in the Kanchanpur and Panisagar sub-divisions of North Tripura District. The violence by protestors led to the death of Biswajit Debbarma, a Tripuri tribal and a fireman, and injuries to another 22 persons, including Police and fire service personnel, and government officials. Personnel of the Tripura State Rifles (TSR) later opened fire at the protesters, resulting in the death of Srikanth Das (47), a Bengali settler.

On December 3, 2020, Pradyot Bikram Manikya Debbarma, Chairman, The Indigenous Progressive Regional Alliance (TIPRA), a political party which claims to represent indigenous tribes, served a seven-day ultimatum to the Tripura Government to arrest the people involved in the killing of the fireman failing which a massive movement will be launched in the state. He had warned, “The way Biswajit Debbarma was injured is inhumane. If the government fails to take action against those responsible for the crime, TIPRA will take its own course of action.”

On December 5, 2020, Police arrested Debu Malakar (25), a Bengali settler, suspected to be involved in the November 21, 2020, violence that led to the death of Tripura Fire Service employee, Biswajit Debbarma.

Deb Barman welcomed the arrest of the suspect on December 5, but at the same time dubbed the action as insufficient, since several people were seen beating the fireman in a clip that went viral on social media.

The State Government, meanwhile, is trying to contain the fallout of the November 21 violence.

On November 30, 2020, the Deputy Chief Minister of Tripura, Jishnu Dev Varma, held a meeting with the leaders of TIPRA, as well as of the Mizoram Bru Displaced Peoples Forum (MBDPF), which represent Bru people displaced from Mizoram, to discuss the rehabilitation process in the State. Bruno Msha, General Secretary of MBDPF, stated, after the meeting, “We demand initiative to build houses for the resettlement of families… places have been identified, and we have agreed to rehabilitate there.”

However, according to a December 1, 2020, report, the Bru people displaced from Mizoram has declined to be rehabilitated in small groups scattered across Tripura and have made it clear to the Tripura government that they want to be concentrated in the Kanchanpur Subdivision of North Tripura District. Bru refugee leader Bruno Msha asserted, on November 30, “We have stuck to our demand that at least 50 per cent of our displaced people must be settled in Kanchanpur Subdivision.”

On November 23, 2020, State Government leaders and officials also met the agitating JMC leaders (comprising mostly Bengalis) after November 21 incident, as JMC had given a call for an indefinite agitation against Bru settlements.

We have demanded Rs 20 lakh [INR 2 million] compensation for our supporter killed in police firing, a government job to his next kin as per the qualification, treatment for those injured in the clash with police and a financial package for reparation of damaged vehicles and property in the incident. The government has sympathised with our demands and said they would be considered. We have, therefore, decided to temporarily call off the strike.

The Bru impasse was declared to be ‘settled’ after the signing of the January 16, 2020, agreement. Union Home Minister Amit Shah had then remarked,

Previously, on July 3, 2018, an agreement had been signed for the repatriation of the Bru tribals to Mizoram. However, the agreement was not implemented as a majority of the Bru community refused to go back to Mizoram.

The Bru tribe, also known as Reang, is one of the indigenous communities of Northeast India, living mostly in Tripura, Mizoram, and Assam. In Tripura, they are recognized as a Particularly Vulnerable Tribal Group. Following ethnic clashes in Mizoram in 1997, around 37,000 people of the Bru (Reang) tribe fled to Tripura from Mizoram. Since then, 5,000 have returned to Mizoram while 32,000 remain in camps in Tripura.

While the settlement issue in Tripura has run into trouble, the opposition to the Brus in Mizoram persists. On November 24, 2020, the main opposition Zoram People’s Movement (ZPM) had written to the Election Commission of India (ECI), urging the poll panel to delete names of about 12,000 Bru voters in the State.

Clearly, the State and Union governments have not sufficiently accommodated the ground realities before announcing the ‘end’ of the Bru displacement issue. The current impasse demonstrates that a resolution remains out of reach.

While those involved in violent protests must be held accountable, further deliberation will be necessary to find the middle ground that satisfies both the Bru people and Tripura locals. Tripura has achieved a remarkable victory against a violent insurgency, and great care is necessary to ensure that no new spaces are ceded to the forces of disorder or to the potential for armed violence.