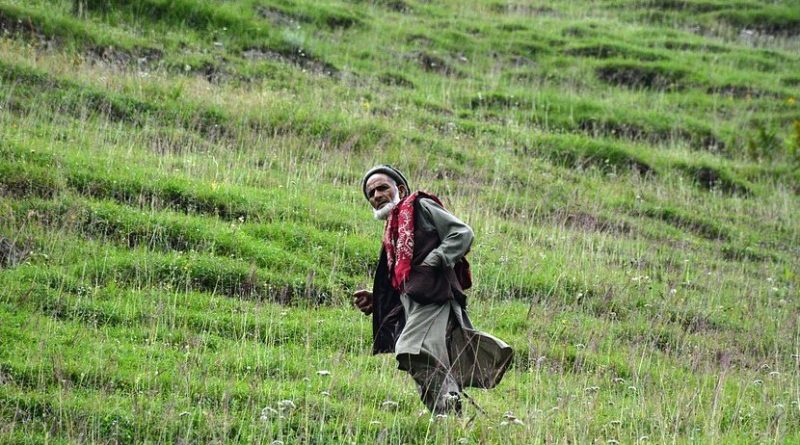 One tribal elder was shot dead in Miranshah town of North Waziristan District in KP on December 1, 2020.

On November 30, four tribal elders were shot dead in Mir Ali Bazaar in the North Waziristan District of KP. No group has so far claimed responsibility for the attack.

According to partial data compiled by the South Asia Terrorism Portal (SATP), during the first eleven months and six days of the current year (2020), there have been 10 such killings in six separate incidents across Pakistan’s tribal areas. During the corresponding period of 2019, six tribal elders were killed in five incidents.

SATP’s partial data, based on erratic reporting in the Pakistani media, confirms the killing of at least 180 tribal elders since 2005, in 122 incidents. The first such incident in SATP records took place on May 29, 2005, when former Federal Minister and Senator, Malik Faridullah Khan Wazir, was assassinated along with two other tribal elders, reportedly by four Al Qaeda-affiliated terrorists in the Jandola area of the South Waziristan Agency in the erstwhile Federally Administered Tribal Areas (FATA).

On May 11, 2017, Brigadier (Retd.) Mehmood Shah, former FATA Security Secretary, had stated that the Taliban began targeting tribal elders in 2005, after the elders voiced their support for the Government, Army and intelligence agencies. He observed,

At the end of 2004, the tribal elders signed agreements with the political administration, [allowing] for the arrest of Taliban members in tribal areas. The agreements aimed to discourage the Taliban’s presence and power in the region, which previously the tribal community tolerated. That enraged the militants and they started killing elders.

SAIR noted earlier that a large number of Afghan Taliban took shelter in Pakistan’s tribal areas, primarily FATA, after the US-led Operation Enduring Freedom was launched in Afghanistan in 2001.

Not surprisingly, during the peak of Taliban-led militancy in Pakistan, in the eight years between 2008 and 2015, at least 127 tribal elders were killed in the tribal areas, accounting for 70.55 per cent of the total of 180 killings of tribal elders recorded by SATP in almost 16 years.

The terrorist attacks on tribal elders and their families was the result of abject failure of the state mechanism to provide adequate security. This was in spite of the fact these tribal leaders, despite their tribal linkages to different militant groups, supported the Government in its ‘war against terrorism’.

Nevertheless, in the aftermath of the Jinnah International Airport Attack, under pressure to act, the Army launched major counter-insurgency operations – Zarb-e-Azb (Sword of the Prophet) on June 15, 2014, and Radd-ul-Fasaad (Elimination of Discord) on February 22, 2017 – directed against domestically oriented terror groups. These operations forced these terrorist formations to escape from the tribal regions, their traditional sanctuary and take shelter in areas across the border, inside Afghanistan. Consequently, in 2016 and 2017, only two tribal elders were killed in each year, as against 14 such killings during 2015.

The improved situation led to the return of tribal elders, who had fled the area during earlier years of turmoil. However, the terrorists who had escaped into the bordering regions of Afghanistan during the military operations, also started returning ‘home’, after a hiatus of a few years. Once again, the terrorists, started targeting tribal elders in acts of vengeance, as they believed that they were forced to flee the areas due to the support provided by the tribal elders to Government Forces.

The number of tribal elders killed increased from two in 2017 to six in 2018.

On May 14, 2018, Tribesmen from different parts of North Waziristan staged a protest demonstration at Mir Ali town, North Waziristan, against increasing violence in the area, especially targeted killings of tribal elders. Tribal elder Malik Ghulam Dawar observed that tribesmen were facing severe unrest due to regular targeted killing incidents. He added that they had abandoned their homes and became internally displaced persons (IDPs) to ensure the return of peace, but now, upon repatriation, they were once again facing violence. He added that such incidents confirmed the presence of anti-social elements in the area and the Government needed to fulfil its responsibilities.

Six tribal elders were in 2019, and the number has risen to 10 in the current year (till December 5), the highest since 2015, when 14 such fatalities were recorded.

On August 4, 2020, a Jirga (tribal council) of two major Pashtun tribes, the Wazir and Dawar, in North Waziristan asked the Government to give their restive homeland necessary resources, if Security Forces failed to establish peace in the region. A declaration from the jirga noted,

The state must ensure peace in North Waziristan, but if it continues to fail in establishing security it should hand over its resources to the local tribes. [They] will then ensure peace with these same resources.

Mohsin Dawar, who represents North Waziristan in the Pakistani Parliament, present in the jirga later observed,

Our basic aim in convening this event was to ensure that the increasing insecurity can be stopped in its tracks. We deliberated over why the state has failed to establish peace despite committing so many [military] resources to the region.

The tribal areas have been neglected by successive Governments. On September 28, 2020, Prime Minister Imran Khan admitted Government neglect, stating that tribal areas had not been developed properly for the last 70 years and had been left behind. He conceded that the lack of development in the areas could be exploited by some elements to create instability.

Despite government apathy, the tribal elders and tribes have for long been supporting the Government and Army. Whenever needed, the tribal elders along with their tribal militias, have come forward to provide manpower and logistics support. The government’s failure to provide adequate protection is testing the patience of the tribes, and has the potential to translate into breakaway movements and armed violence.