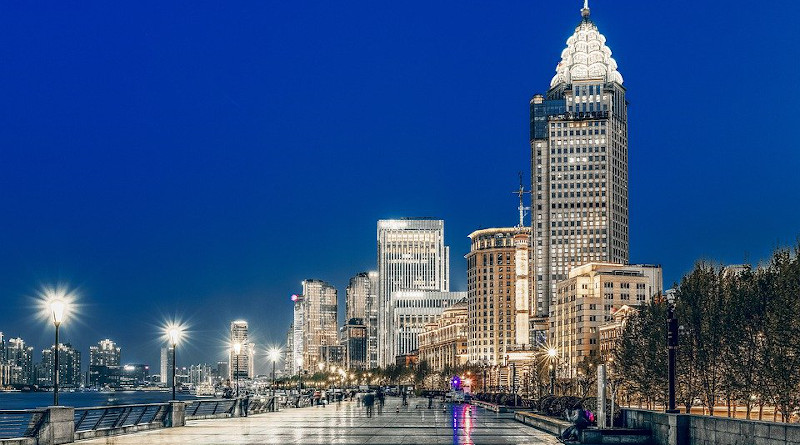 In recent decades China has built over 1,400 large industrial parks, a massive investment accounting for over 40 percent of the country’s manufacturing jobs. However, some of these projects are more successful than others. Now, a study co-authored by an MIT professor suggests that some industrial parks appear to have been developed due to networks of political ties — and those parks distinctly underperform their counterparts.

The finding adds nuance and detail to the big-picture story of China’s explosive economic growth over the last thirty-plus years. The research outlines the broad success of China’s industrial policy and new cities, while revealing the dynamics behind some less-successful economic choices and “ghost towns.”

Specifically, the study finds that when provincial political leaders have preexisting ties to city leaders, those cities are more likely to acquire new industrial parks — but those sites produce 5.2 percent less GDP per capita than their counterparts in other cities, which lack the same political connections but have stronger economic fundamentals.

“We call it the price of the friendship,” says MIT Professor Siqi Zheng, an expert on urban growth in China and co-author of a new paper detailing the study’s findings. “That price is about 5 percent less GDP per capita than if you made the decision based on economic fundamentals.”

The study’s results are described in a newly published paper, “Do Political Connections Help or Hinder Economic Growth? Evidence from 1,400 Industrial Parks in China,” appearing in the December issue of the Journal of Urban Economics.

In recent decades, China has built 1,417 large industrial parks in and around 276 cities, with the earlier projects mostly located in the more-developed eastern part of the country near the coast, and the later ones moving toward the less-developed inland areas. The goods and services situated in these industrial parks account for 10 percent of China’s GDP while occupying just 0.1 percent of its land. Past studies have shown that two years after the construction of an industrial park, employment is 47 percent higher than it otherwise would have been in the area, and local economic output rises by 55 percent.

However, a 2017 study co-authored by Zheng also showed that in eight cities with 110 industrial parks, 30 percent of those parks did not add extra economic value, indicating that the outcomes of this kind of targeted industrial expansion can vary significantly.

China’s economic policy provides a significant measure of autonomy for local and regional decision-making, including matters such as place-based industrial policy and subsidies. Provincial leaders have the authority to develop new industrial parks, with city officials often vying to have the parks situated in their locales.

To conduct the study, the scholars used economic data from China’s National Bureau of Statistics as well as industrial park information from the Ministry of Land and Resources, and built their own data set about the careers and connections of political leaders. To establish whether or not political leaders had preexisting ties with each other, the scholars looked at four factors: their past workplaces, birthplaces, university and college backgrounds, and ties involving political associations or groups in China, such as the Communist Youth League.

The dataset about political leaders covered the years 1987-2008 and yielded useful insights. For instance: When provincial-level and city-level leaders have past ties, those cities are 7.4 percent more likely to have industrial parks awarded to them in the first place.

“Mayors all want parks because they know it will potentially boost their cities’ local economies,” Zheng says. At the same times, she notes, “If the park can stimulate the economy, this is also good for the local provincial leader. But the other consideration is friendship — a provincial leader might reward his friend in return for loyalty and political support.”

In the research, which began eight years ago and now had yielded multiple published papers, the scholars worked carefully to account for other factors affecting the placement and performance of industrial parks throughout China, until ultimately they believed they could make an apples-to-apples comparison of parks built in cities with connected local officials, and those built elsewhere.

There have been multiple waves of industrial park-building in China; from their previous research, Zheng and her colleagues have concluded that the most economically successful industrial parks capitalize on synergies with existing firms, such as relationship between suppliers and manufacturers, to produce positive outcomes.

When industrial parks are developed in places without logical synergies in existence, Zheng ultimately concludes, “The political connections cause problems of misallocation.”