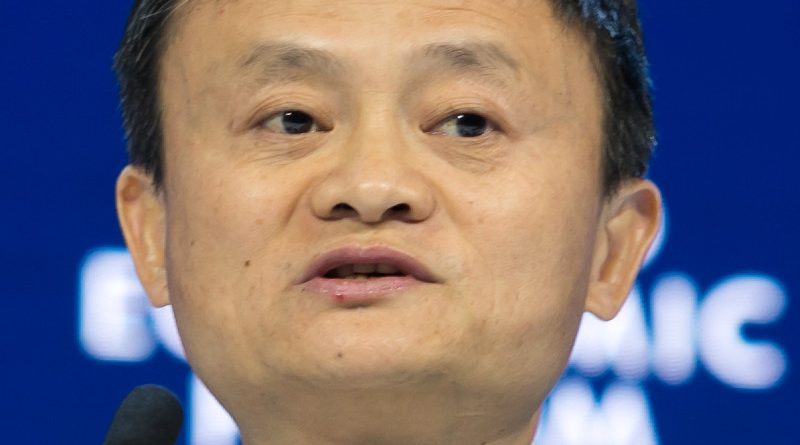 Two weeks after China’s government announced an antitrust investigation into the online giant Alibaba Group, it remains unclear whether the probe marks a turning point for the country’s successful web-based businesses or solely a crackdown on company co-founder Jack Ma.

Markets have waited anxiously since Nov. 3 for signs of further fallout from the government’s sudden postponement of the initial public offering by Alibaba’s Ant Group. The U.S. $34-billion (222-billion yuan) IPO by the online platform’s financial spinoff had been billed as the richest share sale in the world.

On Dec. 27, one day after a meeting with Ant, China’s regulatory authorities broke the suspense with a sweeping indictment of Alibaba’s expansion into financial services.

Speaking for the agencies, Pan Gongsheng, deputy governor of the People’s Bank of China (PBOC), directed Ant to cease monopolistic practices, submit to regulatory supervision and “return to its original business as a payment services provider” under the popular Alipay transaction platform.

In an apparent capitulation, Ant said it would “establish a rectification working group and fully implement requirements raised at the meeting to bring into line the operation and development of our financial related businesses,” according to the South China Morning Post, which is owned by Alibaba.

But the faults that Pan listed were so extensive that it was unclear whether Ant’s attempt to establish an independent full-service financial center could ever be fixed to the government’s satisfaction without a takeover.

Back in November, the stunning suspension of Ant’s IPO came one day after Ma and his partners were summoned to a meeting with the China Securities Regulatory Commission (CSRC) and other watchdog agencies.

A statement by the Shanghai Stock Exchange suggested that the funding for Ant’s microlending business had run afoul of “changes in the financial technology regulatory environment,” raising doubts about whether the company would meet listing requirements.

In effect, the regulators were concerned that Ma was making an end-run around state banks by offering unsecured loans, undermining President Xi Jinping’s campaign to control financial risks.

But the regulatory intervention also appeared to be a test of political power after Ma attacked Xi’s policies in a speech on Oct. 24 and accused the government of stifling innovation.

“There is no systemic risk in China’s financial system,” said Ma, according to The Wall Street Journal. “Chinese finance has no system.”

Xi responded by personally deciding to block the IPO, the Journal reported. In that light, the antitrust action against Alibaba may be seen as further retaliation for Ma’s challenge to Xi’s power.

The probe by the State Administration for Market Regulation (SAMR) was accompanied by an announcement of talks with Ant, which were expected to “urge and guide” the company “to follow market-driven and law-based principles,” the official Xinhua news agency said.

News of the investigation touched off a 13.3-percent slide in Alibaba’s share price, the steepest since the company went public in 2004, MarketWatch said.

Alibaba and Ant both pledged to cooperate and comply with the regulators’ demands.

But uncertainty surrounds the extent of the crackdown and the impact on the entire online business sector, which has collected valuable demographic, personal and marketing data on over 1 billion customers.

The tougher regulation may open the door to greater state control of enterprises that have been independently developed and privately controlled.

This week, the Journal reported that regulators have been pressing Ant to share its credit data on customers with financial institutions, arguing that the proprietary information gives Ant an advantage over other lenders and commercial banks.

At the regulatory meeting in November, Ma sought to make amends by offering to turn over as much of Ant’s business to the state as might be required, the Journal reported on Dec. 21.

“You can take any of the platforms Ant has, as long as the country needs it,” Ma was quoted as saying.

On Dec. 29, the Journal reported that officials were “seeking to shrink Jack Ma’s technology and financial empire and potentially take a larger stake in his businesses.”

Regulators were said to be studying plans that would force Ant to sell minority stakes in banking-related businesses, Bloomberg News said.

On Thursday, Bloomberg reported that Ant was considering a plan to restructure its consumer credit operations in order to continue nationwide lending under new regulations with higher capital requirements.

Ma has not been seen in public since his controversial speech in October, the Financial Times said.

The potential for a state takeover may have implications that go beyond the internet and finance sectors, adding to concerns that telecom companies like Huawei Technologies could be subject to state manipulation or control.

Pan’s statement also raised regulatory concerns that go beyond the risk of unsecured microlending, including conflicts over wealth management products, insurance and privacy issues related to the credit ratings.

Regulators have been ostensibly pursuing concerns with Alibaba and Ant on separate tracks with a focus on monopolistic and “unfair competition” practices at the parent company.

In the SAMR investigation, officials have cited complaints that Alibaba has pressured merchants not to sell through competitive channels like JD.com.

On Dec. 14, SAMR announced administrative penalties of 500,000 yuan (U.S. $76,432) against affiliates of Alibaba and two other companies for failure to notify the agency of corporate acquisitions in advance, Xinhua reported.

On Dec. 23, the Standing Committee of the National People’s Congress (NPC) also examined complaints about “online behaviors in violation of China’s Anti-Unfair Competition Law,” including price discrimination and false advertising, Xinhua said. The alleged violators were not named.

The reports and the separate enforcement actions appear to be aimed at suggesting that the crackdown is part of a broad regulatory reform rather than a targeted retaliation against Ma or a possible nationalization.

A commentary in the Communist Party’s flagship People’s Daily on Dec. 24 sounded a note of reassurance, stating that “the investigation does not imply a change of attitude toward encouraging and supporting the online economy.”

But ominously on Dec. 28, the NPC’s Standing Committee adopted an amendment to China’s Criminal Law, increasing the penalties for capital market violations. The maximum sentence for fraudulent securities issuance was raised from five to 15 years, Xinhua said.

On Dec. 29, the PBOC said in a statement that Ant Group was drafting a plan to set up a financial holding company that should ensure that all its operations are under regulatory supervision, Reuters reported.

But despite the assurances of People’s Daily, the sudden tsunami of regulatory measures has raised expectations that Ma’s extensive holdings will be cut down to size, eliminating the chance of any challenge to Xi’s power.

Derek Scissors, an Asia economist and resident scholar at the American Enterprise Institute in Washington, dismissed the notion that the crackdown was prompted by needed financial reforms rather than retaliation against Ma.

“There is a genuine risk to the state financial base, but that’s been true for years,” he said.

Scissors suggested that the government has a variety of options for reining in or breaking up Alibaba, including a forced sale of non-core assets to a designated list of buyers on anti-monopoly grounds.

“Meanwhile, of course, state-owned enterprises are merged into ever-larger firms with ever-less competition,” he said.

On Dec. 24, the Ministry of Finance reported that the after-tax profits of China’s SOEs soared 47.2 percent from a year earlier in November.