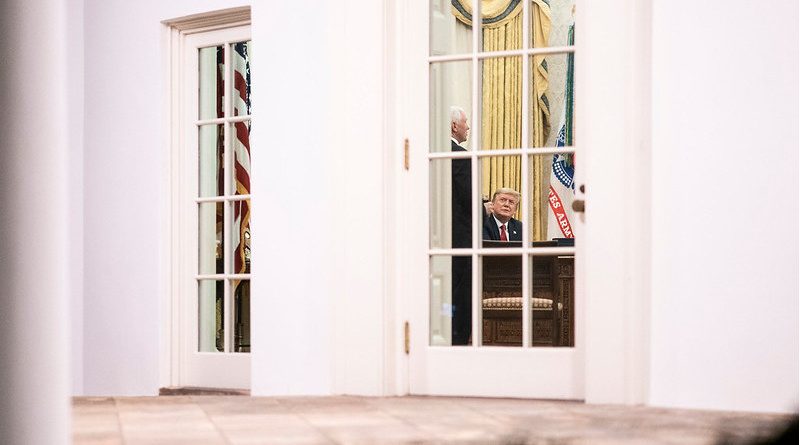 U.S. President Donald Trump tweeted Friday he will not attend President-elect Joe Biden’s inauguration, breaking a tradition that has for centuries been a hallmark of the peaceful transfer of power from one administration to the next.

Two days after infuriated Trump supporters overran the U.S. Capitol during Congressional proceedings to formally certify Biden’s win, Trump wrote, “I will not be going to the Inauguration on January 20th.”

Less than one day earlier, he had issued a video promising to devote his remaining time in office to a “smooth, orderly and seamless transition of power” to Biden.

Trump will be the first sitting U.S. president since Andrew Johnson to skip the ceremony. Johnson did not to attend his successor’s swearing-in 152 years ago.

Despite his long overdue acknowledgment Thursday that Biden will take office this month, Trump continues to insist that he was cheated out of a second term in office. Officials in his administration — including former Attorney General William Barr — have affirmed there is no evidence of significant voter fraud that would have made Trump the winner.

Vice President Mike Pence, one of the president’s most faithful supporters until they publicly broke this week, is expected to attend the inauguration, according to reports citing sources close to the vice president. Trump now believes Pence betrayed him by failing to block Congress’ certification of the election result – something Pence could not legally do.

The Biden transition team did not immediately comment on Trump’s announcement, but it has been urging people for weeks not to attend the Washington event in person, primarily because of the worsening coronavirus crisis.

After Wednesday’s assault on Capitol Hill by Trump supporters, security for Biden’s inauguration is expected to be especially tight.

Trump gave no indication of how he would spend his last days in the White House.

With less than two weeks to go before Biden is sworn in, a growing number of congressional Democrats are pushing to force Trump out of office before his term ends, maintaining he is unfit to continue to serve as president.