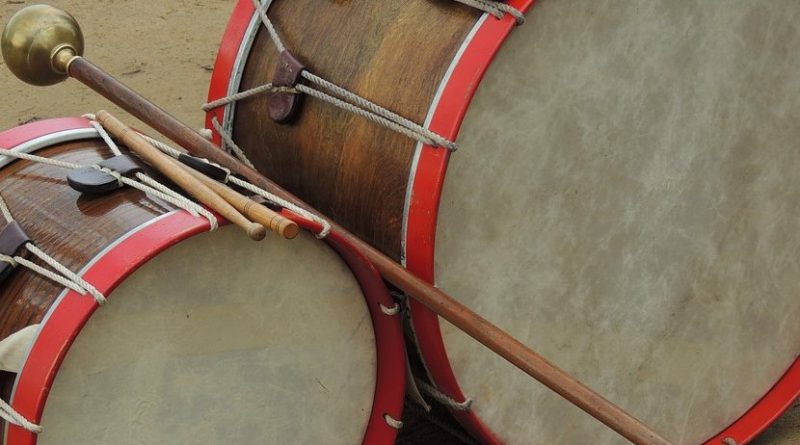 It’s not a new or revived Cold War yet between the US and Russia, but not for lack of trying by the corporate US media.

The latest example of absurd fear-mongering was brought to us courtesy of Fox Business News, with anchor Trish Regan darkly warned that “not since 1962 have we had such enemy missiles near our shores.” She explained that “for several years” Venezuela has been “amassing” up to 5000 “long-range Russian-made surface to air missiless.” Of course, in 1962, the missiles in question were intermediate range nuclear-tipped missiles that the then Soviet Union was installing in Cuba, aimed to counter similar missiles that the US had already based in western Europe and Turkey near Russia’s borders. But what was she actually talking about in Venezuela? Shoulder-fired anti-aircraft rockets with a maximum range of four miles. Hmmm. And Venezuela is 1700 miles from the Florida Keys, considerably beyond the range of these little shoulder-fired rockets.

No wonder there hasn’t been a mad rush to buy and install bomb shelters in the US, as there was during the Cuban Missile Crisis.

The story about these Russian Man Portable Air Defense Systems or MANPADS being supplied to Venezuela first broke in Reuters nearly two years ago, long before Fox decided to repackage it as a new Cuban-style Missile Crisis. In the original story, Reuters was clear that the rockets were simply short-range anti-aircraft weapons. But even the Reuters story was slanted in an anti-Russian manner. It notes that both the US and USSR began deploying such portable front-line weapons in the 1960s, but then states, without a hint of irony, that “The U.S. for years has funded efforts to destroy MANPADS stockpiles in unstable regions as worries have grown about the weapons getting into the hands of militant groups.” The article went on to report that “Some missiles unaccounted for in Libya following the 2011 death of strongman Muammar Gaddafi, for example, are believed to have made their way to other parts of the Middle East.”

Indeed they did. After the Obama administration launched its air assault on the Gaddafi regime leading to its overthrow, the CIA helped transfer much of the regime’s advanced weaponry to Syria, including Russian MANPADs, which were provided to Al Qaeda-linked rebel groups in that country that were seeking to topple the Syrian government of Bashar al-Assad. So much for US “concern” about such dangerous weapons “getting into the hands of militant groups.”

Of course there was no such concern about the proliferation of weapons capable of downing airliners either during the Reagan administration, when hundreds of US MANPADS, known as Stinger missiles, were provided to Iran in a complicated “arms for hostages” deal arranged by Reagan National Security Advisor Col. Oliver North.

But this latest cooked-up Venezuelan “Missile Crisis” of Fox’s and Reuters’ is just the latest in a string of war-mongering stories to appear in the US mainstream media.

There have also been widespread reports about two “nuclear-capable” long-range Russian jet bombers flying to a Venezuelan airfield. This time it was the Associated Press breaking the story. Last December 10, the agency ran an article warning that “Two Russian nuclear-capable strategic bombers arrived in Venezuela on Monday, a deployment that comes amid soaring Russia-U.S. tensions.”

While noting that Russia “didn’t say whether the bombers were carrying any weapons and didn’t say how long they would stay in Venezuela” (and obviously for them to stay and be based there would require a whole support infrastructure), AP’s story went on to note ominously that “The Tu-160 can carry conventional or nuclear-tipped cruise missiles with a range of 3,410 miles.”

Of course, the notion that two aging, lumbering Russian bombers at some airfield in Venezuela could in any way pose a threat to the US is laughable on its face. So was the comment from US Secretary of State Mike Pompeo, who said it was an example of “two corrupt governments squandering public funds, and squelching liberty and freedom while their people suffer.”

This, it must be pointed out, was coming from the representative of a US government that accounts fo 34% of all global military spending, that has its “nuclear-capable” bombers based abroad everywhere from Guam in the Pacific to Diego Garcia Island in the Indian Ocean, and that even maintains, in a clear affront to national sovereignty, a Navy base on the island of Cuba. According to the Bulletin of the Atomic Scientists, the US has 150 nuclear weapons (and planes to carry them to targets in Russia) based at airfields in Belgium, Germany, Italy, Netherlands and Turkey. As well, unlike Russia, the US operates a fleet of aircraft carriers ranged around the globe — each carrying a fleet of planes larger than most countries’ entire air forces, also capable of delivering nuclear weapons.

So far, most Americans seem unfazed by the war-mongering of the US media and the increasingly aggressive national security team around President Trump. Polls show, in fact, that a majority of Americans do not agree with the Trump decision to pull out of the long-standing Reagan-era INF Treaty between the US and Russia banning the stationing of intermediate-range nuclear missiles near each other’s borders, which by definition would pose a threat of a rapid first strike.

Never mentioned by the main US corporate media is the reality that Russia’s military budget, currently $66 billion, is a drop in the bucket compared to the US budget of $717 billion, or that Russia’s military budget actually fell 20% last year, while the US military budget continues to grow even bigger. Also not mentioned is that China, the world’s number two military spender, has a budget of only $174 billion, which is smaller than just the budget for the US Veterans Administration, which is currently $198 billion.

If that kind of news got out, it would make a joke out of the scare stories of a new Cold War 2.0 being pumped out by Fox, Reuters, NBC and the rest of the US MSM.