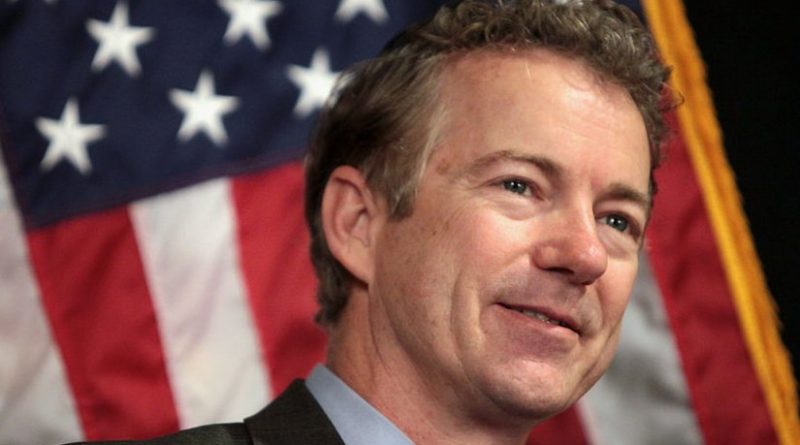 Courageous Tea Party Senator Rand Paul confirmed my statement that no one can foresee the future well enough to be totally fatalistic. Since the presidential election, discouraged patriots have been saying we have lost the country. Obama holds all the cards. All hope of restoring our country back to the vision of our Founding Fathers is gone. Game over.

As a Christian, I have encouraged patriots to keep the faith, stay on the battle field defending what is right. Situations can turn on a dime. Who could have foreseen that Rand Paul would challenge Goliath and win? Senator Rand Paul’s successful Filibuster resulting in the White House backing down from their unconstitutional claim that Obama has a right to kill Americans without due process is huge. http://www.inquisitr.com/561224/rand-paul-filibuster-senator-declares-victory-after-holder-clarifies-drone-attack-policy-video/

I wonder if this latest Obama Administration attack on the Constitution (wanting the right to kill Americans on American soil without a trial) was their jump-the-shark-moment? This extremely scary attempt by the Administration really exposes Obama’s Imperial President mindset and arrogance. http://bit.ly/127147U

And quite frankly, why shouldn’t Obama feel emboldened to do whatever he pleases including deciding who lives and who dies? Low info voters have sent Obama the message that as long as he keeps his vow to take care of them and punish the rich, they do not care about losing freedom or him shredding the Constitution. Along with the mainstream media firmly in his back pocket, it is understandable that Obama would think himself invincible – a supreme dictator – a king.

By attempting to secure unprecedented unconstitutional authority to kill Americans at will, Obama may have pushed the envelope a bit too far in the minds of the American people.

Also, I have noticed that a few in the mainstream media are criticizing Obama for closing down the White House tours to hype his bogus pain of sequestration.

And here is another breath of fresh air confirming that the country has not gone totally reprobate. The Bible miniseries is enjoying huge numbers, even beating the zombies. http://www.youtube.com/watch?v=3tvaU_BKEQo

So, to all you hopeless gloom and doomers in the Tea Party, stop it! There is always hope. You do not know what is going to happen tomorrow.

“So you gotta hang on til tomorrow, come what may. Tomorrow! Tomorrow! I love ya tomorrow! You’re always a day a-wayyyyyyyyy!!!”