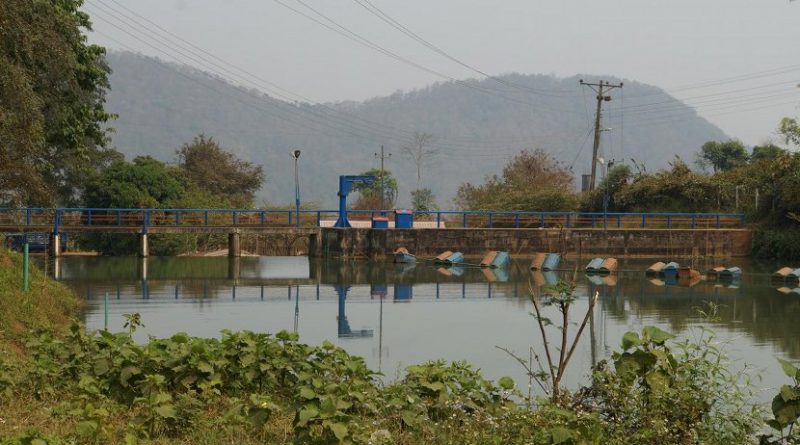 Scientists say dams on the main stem of the Mekong River could disrupt lives and drastically alter the environment in the region. Credit: Kenneth Olson, University of Illinois

The Mekong River, one of the world’s largest, traverses six Southeast Asian countries and supports the livelihoods of millions of people. New efforts to provide hydroelectric power to a growing and modernizing population include more than eight proposed main-stem dams and 60 or more existing tributary dams in the lower Mekong basin.

A new article from University of Illinois and Iowa State University scientists lays out what dam construction could mean for residents and the environment in the region.

“Development projects, such as dam construction on the Mekong River and tributaries to support a booming hydropower industry, are bringing great change to ecological, agricultural, and cultural systems in this region,” said Kenneth Olson, professor emeritus in the Department of Natural Resources and Environmental Sciences at U of I and co-author of the article.

In the article, Olson and co-author Lois Wright Morton provide the context of this unique coupled natural-human river system – its hydrology, geology, ecology, seasonal flood cycle, and human dimensions. They also delve into the politics and the potential effects of the dams, focusing specifically on the Xayaburi Dam in Laos.

Olson and Morton report that construction on the Xayaburi Dam, the first dam south of the China border to be constructed across the main stem of the Mekong River, has been quietly underway for years and is scheduled for completion in 2018. The dam has incited worldwide opposition, as well as local protests and violence.

“Many are concerned that the Xayaburi Hydropower Dam in Laos, could cause irreversible and long-term ecological damage to a river that feeds millions of people, force the resettlement of 2,100, directly affect 202,000 people who use the Mekong bottomlands to produce food, and may push endangered fish, such as Mekong giant catfish, to extinction,” Olson said.

Morton, professor emeritus in the Department of Sociology at Iowa State, added, “The Mekong River and adjacent lands are where the poorest people in Southeast Asia live. Average annual income is less than $200. They make their living from floodplain and riverbank agriculture and fishing. Laos is a mountainous country and the fertile soils are in the floodplains, many of which will be permanently flooded with the construction of these large dams.

“Resettling rural people in uplands means the soils are different, often less fertile and not well suited to rice and vegetable crops they are familiar with. They will need to learn new agricultural practices, different fishing strategies [river vs. lake] and make or purchase different fishing equipment. This kind of change takes time and personal resources that people often don’t have,” she said.

Olson points out that the dams also affect the seasonal pulse of the river, change fish diversity and abundance, and impact downstream water flows and availability.

“Further, dams trap sediment needed as a nutrient source for fish, block fish migration, and reduce the amount of sediment deposited in the Mekong Delta,” he said. “Lower Mekong River levels have accelerated saltwater intrusion into the delta region, adversely affecting rice production, and have contributed to ground water pollution.”

The Mekong River Commission was established in 1995 by Laos, Cambodia, Thailand, and Vietnam to coordinate competing interests and assure the river is protected for current and future uses. However the commission is often set back by government roadblocks and receives limited support from two adjacent upstream countries, China and Myanmar, who also use the Mekong.

“The MRC is only powerful if the countries that fund it give respect and authority to its rules and regulations, even if they don’t always agree with them. This is a difficult governance challenge which they are working through,” Morton said.

Ultimately, the Mekong River presents a huge opportunity for hydropower to modernize Laos, but Olson and Morton argue human and environmental concerns are at risk. They advocate for governments in Southeast Asia to empower the MRC to carry out its mission to mitigate the negative impacts of dam building while realizing the benefits.