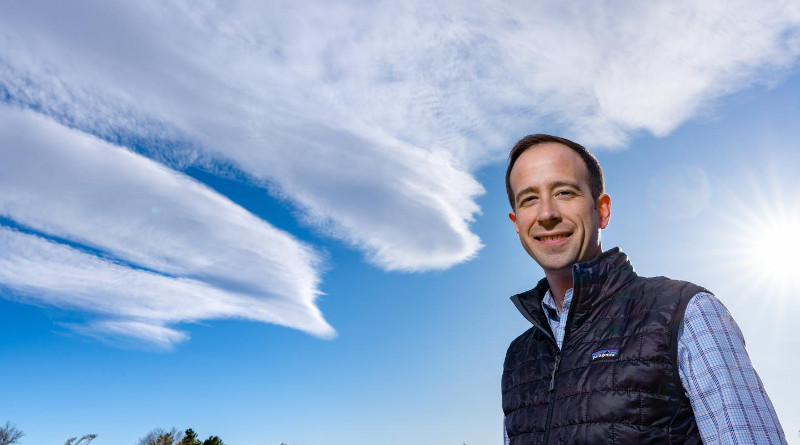 Many studies seek to estimate the adverse effects of climate change on crops, but most research assumes that the geographic distribution of crops will remain unchanged in the future.

New research using 40 years of global data, led by Colorado State University, has found that exposure to rising high temperatures has been substantially moderated by the migration of rainfed corn, wheat and rice. Scientists said continued migration, however, may result in significant environmental costs.

The study, “Climate adaptation by crop migration,” is published in Nature Communications.

“There’s substantial concern about the impacts of climate change on agriculture and how we can adapt to those changes,” said Nathan Mueller, assistant professor in the Department of Ecosystem Science and Sustainability at CSU and a senior author on the paper.

“We often think about how farmers can adapt to shifting climate conditions by changing crop varieties or planting dates. But farmers have also been changing what crops they are growing over time, collectively leading to large-scale shifts in crop distribution. This pathway of adaptation has been underexplored.”

40 years of data from around the world

Using new, high-resolution datasets on crop areas around the world, the research team analyzed the location of crops, climate, and irrigation from 1973 to 2012. They focused on rainfed crops, since they are highly sensitive to changes in temperature and extreme weather.

“We found that on average, over these cropland areas, things are getting warmer,” said Mueller, also a researcher in the CSU College of Agricultural Sciences.

The study showed that exposure to increased high temperatures for corn, wheat and rice was much less than it would have been if the crops were positioned where they were in the 1970s.

CSU postdoctoral fellow and first author Lindsey Sloat said this does not mean there is an unlimited capacity for farmers to adapt to climate change by shifting where they grow crops.

“If you add new farmland, that comes with massive environmental consequences,” she said. “Land use change in agriculture is one of the biggest drivers of biodiversity loss, with consequences for carbon storage. We can mitigate some of the effects of climate change by increasing irrigation, but there are also environmental costs on that front.”

Researchers also found that unlike the other crops, there has been a huge expansion in the production of soybeans, and that these crops are being grown in hotter areas around the world.

Sloat said the research team will next delve into analyzing other climate variables, moving beyond temperature to consider how changes in a harvested area can alter exposure to other extreme climate conditions.

“Since this migration has been extensive enough in the past to substantially alter exposure to climate trends, we need to think about what our agricultural landscapes are going to look like in the future as warming increases,” said Mueller.