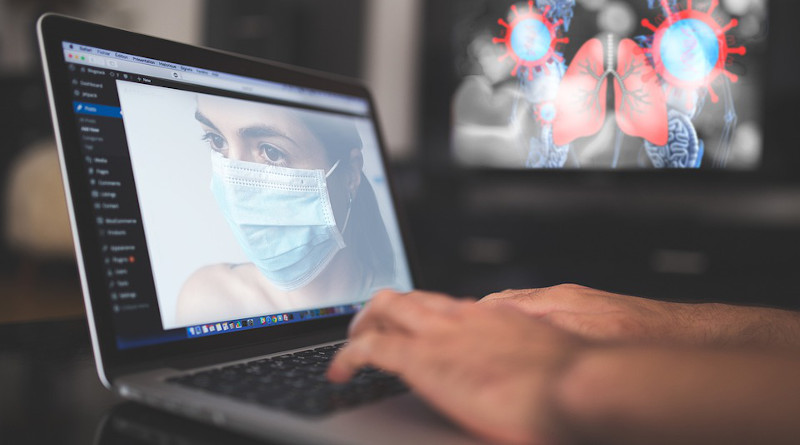 As the coronavirus spreads, so does its likely political fallout.

For authoritarians and autocrats, the fallout is likely to be a mixed bag.

Some will benefit from invasive tracing and monitoring of those affected by the virus that is likely to boost the evolution towards a Big Brother and surveillance state as well as nationalist economic policies propagated by populists and nationalists like US President Donald J. Trump.

Others are seeing perceived government failures to confront the virus effectively early on further undermine public trust and fuel demands for greater transparency, accountability and freedom of expression.

For religious ultra-conservatives, including Salafi minorities in non-Muslim nations who are in the firing line because of their refusal to adopt to Western habits like men shaking the hand of women, the virus is likely to reap benefits.

The question is whether the threat of endemics and pandemics that are egalitarian in the extreme and recognize no physical or social borders will prompt the international community to take note of the risk of breakdowns in already weak public health systems in conflict situations such as Syria, Yemen and Libya.

The risks are magnified by the deliberate targeting of hospitals and other medical facilities and the mass dislocation of millions who are forced into bare-knuckle, unhygienic refugee camps with hardly any services and rampant malnutrition.

Protesters in countries like Iraq and Thailand, demanding an overhaul of the political system, and Hong Kong where reform is the driver, have dashed government hopes that fear of contagion would take the wind out of the demonstrators’ sails.

Protesters in Iraq, that has so far reported 40 cases and three deaths, refused to abandon mass public gatherings, calling instead for the virus to take its toll on the country’s leadership.

“Listen to us Corona, come and visit the thieves who stole our wealth, come and take revenge from who stole our dreams, we only loved our homeland, but they killed us,” protesters chanted.

“The government uses coronavirus as an excuse to end the protests. They tried everything — snipers, live bullets, tear gas, abduction and so on and on — but they failed. They are now finding another way to stop us, but they will fail again,” said Yasamin Mustafa, a teenage protester from Basra, referring to government warnings about the virus.

Similarly, students in Thailand have ignored calls by military-backed Prime Minister Prayuth Chan-Ocha for an end to protests because of the virus risk. The students are demanding Mr. Prayuth’s resignation and political reforms after the Constitutional Court disbanded Future Forward, a popular pro-democracy party.

In Hong Kong, with Chief Executive Carrie Lam’s approval rating sinking to a record low of just 9.1% after her government faced criticism over its handling of the virus, protests have moved from the street to online public gatherings in support of long-standing demands for reform.

At the same time, Ms. Lam’s backers in Beijing are confronting demands for greater freedom of speech at a moment that the government of President Xi Jinping has imposed absolute media conformity.

Mr Xi’s critics insist that greater transparency and freedom could have prevented the virus from turning China into the world’s most affected country with yet to be fully appreciated severe economic consequences.

Writing in The Wall Street Journal, Bloomberg’s former China bureau chief Dexter Roberts warned that the long-term fallout of the virus could be fundamental with hundreds of millions of domestic migrant workers “still facing unprecedented virus-related disruptions in their lives and work” as incomes have dried up, aggravated by enforced quarantines and “a skewed health care system (that) relegates (them) to understaffed and underfunded clinics.”

The government, like in the wake of the SARS crisis in 2003, will likely benefit in the short-term from middle- and upper-class support for increased political and social controls enabled by its roll out of a 21st century Orwellian surveillance state, Mr. Roberts argued.

“The coronavirus may eventually fade as a threat, but it has exposed the deep inequities that divide Chinese into two classes… That split remains the biggest obstacle to China’s development” with the disadvantaged migrant workers posing “the biggest threat to its economic and political future,” Mr. Roberts said.

The virus crisis certainly was not the last nail in the Iranian government’s coffin, but it has significantly widened an already yawning gap in public trust ripped open by widespread corruption, repressive policies, lack of transparency and the government’s handling of the downing in January of a Ukrainian airliner.

“The relationship between the government and the public is severely damaged. The government is suffering a massive loss of confidence. And this shows in critical situations like now. Due to this distrust, society ignores information given out by the government. In recent weeks, the government has too often had to correct its own statements.”  said sociologist Saeed Paivandi.

Mr. Paivandi was referring to faltering efforts by supreme leader Ayatollah Ali Khamenei and the government to persuade Iranians to observe disruptive health precautions at a time that the country is struggling to cope with the devastating economic impact of harsh US sanctions that have complicated its access to medical products.

Initial government failure to confront the crisis head on by, for example, quarantining the holy city of Qom, the Iranian hub of the virus, coupled with the sanctions that have turned Iran into a source of the virus elsewhere in the Middle East and beyond, threatens to put the Islamic republic in the same risk category as Syria, Yemen and Libya.

The virus crisis is also grist for nationalists’ mills, prompting Mr. Trump to pressure US pharmaceutical companies that have moved overseas to shift their operations back to the United States.

“The coronavirus shows the importance of bringing manufacturing back to America so that we are producing, at home, the medicines and equipment and everything else that we need to protect the public’s health,” Mr. Trump said.

If Mr. Trump sees a silver lining in the virus crisis, so do religious ultra-conservatives and critics of European measures to impose Western behaviour on segments of Muslim minority communities.

With governments advising against customary physical greetings such as handshakes, kissing and hugs, ultra-conservatives like Salafis who refuse to shake a women’s hand argue privately that that their attitude is going mainstream at a time that their practices are under fire in Europe.

Dutch parliamentarians last month took Salafis to task for their refusal, arguing in a parliamentary inquiry into “unwanted influencing by unfree countries” that shaking a woman’s hand was part of Dutch culture and refusal to do so impeded integration.

The Coronavirus has, at least for now, undermined that argument.

Danish authorities have suspended citizenship naturalization ceremonies that require a handshake as part of the process in line with legislation adopted in 2018 to force the hand of ultra-conservatives that refuse to shake hands with the opposite sex.

Critics of the law said the suspension highlighted the absurdity of forcing people to have physical contact. “It’s absurd. The path to Danish citizenship should be about inclusion, not exclusion,” said Peder Hvelplund, a green lawmaker.