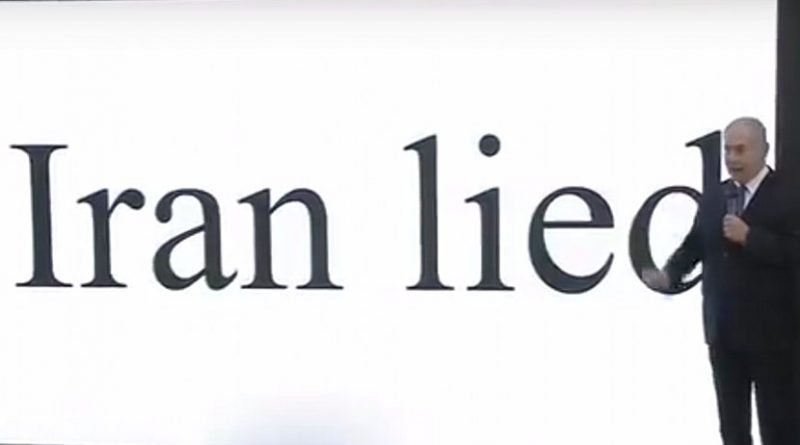 It all seems like an effort to confirm offensiveness and instability, to be appalling in order to be relevant. The Israeli prime minister, handicapped by domestic travails and a watchful Knesset, is very keen to push the Iranian demon into the spotlight, making the case that the wily mullahs in Tehran are not to be trusted on anything from weapons development to security ambitions. (Such points tend to be of equal application to their accusers: in this case, the refusal to accept, or deny, that Israel is a nuclear state at all. To each his own.)

The effort of tying Iran to agreements hammered out with the UN Security Council’s Permanent Five and Germany – the so-called Iran nuclear deal or Joint Comprehensive Plan of Action – had the effect of placing a halt on the Persian nuclear juggernaut, though it did have a heavily qualified sense to it. The ultimate point there was one of regional stability: the moment Iran acquires such a device, Saudi Arabia has vowed to cause a disturbance of uncertain danger. But keeping the Islamic Republic on the straight and narrow would, at the very least, maintain some tense status quo.

Israel’s leader, Benjamin Netanyahu, will hear none of that. He has gone through another phase of urgent warning against the deal, donning his doomsday fatigues in the hope that leaders will listen to his blood curdling warnings of theocratic Armageddon. His voice of fear was been heard across various capitals, suggesting nothing less than a degree of incitement.

It all came about with a Monday night bonanza at the end of April, featuring a display of turning intelligence into the raw material of crude politics, a lights-and-camera briefing designed to draw in the ratings and interest of foreign television networks. “That’s what he was after,” wrote Yossi Verter for Haaretz. “And that’s also why the presentation was made in English, which is anyway the language in which Bibi feels most at home. We, the natives, are small fry.”

The title of the speech and overall display was soon assumed: “Iran lied”. During his speech, he made good use of props, pulling back a curtain to reveal bookshelves stacked with files, CDs and various copies of original Iranian documents gathered by Israeli agents. This was the “nuclear archive” covering Iran’s 1999-2003 nuclear weapons program known as Project Amad, in of itself not a clear breach of the JCPOA. Having not disclosed the nature or extent of this program, Iran, argued Netanyahu, entered into the 2015 agreement under false pretences.

As Or Rabinowitz noted with some salience, “The deal did not require Iran to tell the truth, the whole truth and nothing but the truth.” The prevailing expectation was that Tehran would supply the IAEA (International Atomic Energy Agency) with “explanations regarding outstanding issues” but those economic with the verite were not made the basis for voiding the deal.

While the archive also reveals morsels beyond the clandestine items usually kept within the intelligence community, Netanyahu’s implied purpose was to impute bad faith, suggesting that weapons development continued after 2003.

This extravagant display had the express purpose not only of tarring the country and its leadership, but also with keeping members of his Cabinet in check. At the very least, it would grant the PM near imperial powers to go to war even in the absence of the security cabinet convening.

It was also designed to overturn a perception that Netanyahu has had it rough on the issue of intelligence successes, linked as he was with Mossad’s bungling 1997 effort to assassinate Hamas senior figure Khaled Meshaal in Jordan. (As a trade-off to save exposed Mossad agents from conviction and execution by Jordan, Netanyahu relented in supplying the antidote that revived a poisoned Meshaal.)

As Labor Party leader Avi Gabbay observed, the speech was “a valuable gift” showing that Netanyahu was capable “of mixing political considerations with state security”. More to the point, the Iran nuclear trove had given Netanyahu a thick life line, with Yair Lapid’s Yesh Atid and Gabbay himself striking the no-confidence motion off the agenda. The theatrics had done the trick.

Netanyahu is so convinced about Iran he has sought to press its ally in Syria. Russia’s Vladimir Putin has been told to put the brakes on Iranian advances in Syria and Lebanon, a point that brings Tehran into proximity with Israel’s borders. Moscow, in turn, has made it clear that continued Israeli strikes of the sort that took place on the T-4 airfield in Homs are to stop. Such acts of aggression are deemed destabilising, though they have become very much part of the brutal normality that is the Syrian conflict.

Where Netanyahu has the most sympathetic of voices is in the White House, where he already has a good running. President Donald Trump is certainly doing more than flirt with the idea of withdrawing from the Iran nuclear deal, though he has promise till May 12 to make the decision.

Israeli belligerence and frothy insistence on voiding the JCPOA has one logical and dangerous consequence. It feeds the reactionaries and super patriots, not to mention the argument that having such weapons is actually what the doctor ordered. They think us atrocious; why disappoint?

At most, the archive unveiled by Israel shows cheek on the part of Tehran’s leadership to play loosely with its obligations as a Non-Nuclear Weapon State, being a party to the Non-Proliferation Treaty. But as long as powers such as Israel remain undeclared nuclear states, and Iran maintains its reputation in some quarters for bloody villainy, such violations are bound to be expected.