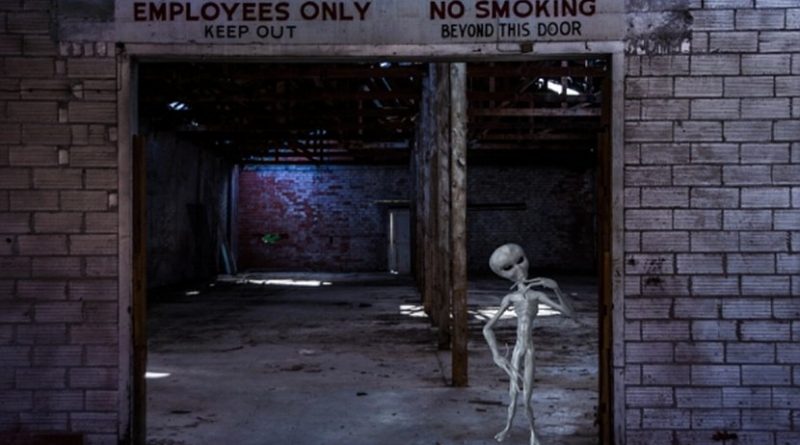 The truth is out there. You want to believe. But you are becoming more and more frustrated because there’s no conclusive evidence. All this time, the reason could be basic physics. A study submitted to the ‘International Journal of Astrobiology’ suggests that aliens living on distant planets can’t cruise the cosmos because of gravity.

Man has found numerous exoplanets in the hunt for alien worlds. Most are large planets like Jupiter, while some are the size of Earth or slightly smaller. Others fall somewhere in between and are called super-Earths. They’re about 10 times larger than Earth.

If aliens are out there, why are they grounded?

Astronomers and astrophysicists believe that super-Earths could shelter alien life. If earthlings can build rockets and explore the universe, why can’t extraterrestrials do the same? According to the findings, super-Earths have massive gravitational pulls. These keep alien spacecraft from generating enough thrust to escape the gravitational forces of their home planets. To launch the equivalent of an Apollo moon mission, a rocket on a super-Earth would need to have a mass of about 440 000 tonnes because of fuel requirements.

“On more-massive planets, spaceflight would be exponentially more expensive,” study author Michael Hippke, an independent researcher affiliated with the Sonneberg Observatory in Germany, told Space.com. “Such civilizations would not have satellite TV, a moon mission or a Hubble Space Telescope.”

Hippke examined how difficult it would be to blast off from a hypothetical super-Earth. He calculated the rocket sizes needed to escape a super-Earth that is 70 % wider than our planet and 10 times more massive. These are about the dimensions of the planet Kepler-20b, which lies some 950 light years from Earth. On this super-Earth, the escape velocity needed would be roughly 2.4 times greater than on our planet.

Speaking to the UK’s ‘Daily Mail’, Hippke said: “Civilisations from super-Earths are much less likely to explore the stars. Instead, they would be to some extent arrested on their home planet and, for example, make more use of lasers or radio telescopes for interstellar communication instead of sending probes or spaceships.”

The weight of the fuel that conventional rockets carry is another major challenge for aliens on a planet like Kepler-20b. This means that they would need to use rockets that don’t depend on chemical fuel to get into space. According to the research, a potential solution is a nuclear-powered spacecraft to leave a planet more than 10 times Earth’s mass.

But they’re extraterrestrials, after all! Shouldn’t they have some kind of alien technology to help them get off their planets? Until then, some of us will have a good excuse as to why we haven’t seen UFOs cruising overhead.

Home » What If Aliens Can’t Reach Earth Because They’re Trapped On Their Worlds?