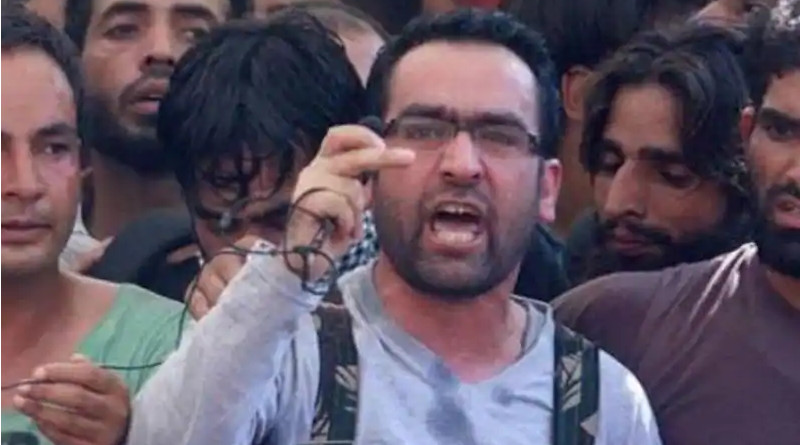 Now that the media has given slain Hizbul Mujahideen (HM) ‘operation commander’ Riaz Naikoo a larger-than-life image, the question presently doing rounds is, who will replace him? Even though it’s immaterial who does, but yet a section of the media and some Kashmir ‘experts’ seem to be quite concerned about this non-issue. Had anyone even heard of Naikoo before he replaced his slain predecessor Sabzar Ahmad Bhat killed by security forces in an encounter in 2017? The answer would be a big “No” and even though the media houses tried to outdo each other by showing how many personal details about him they knew of; many still got their facts wrong.

For example, it appears that Zee News must have taken considerable pains to dig out Naikoo’s past as well as his passions and educated its readers that “Before joining the terror ranks, Naikoo worked as a mathematics teacher at a local school. He was known to have a passion for painting roses before he picked up the gun at the age of 33.”

What bearing does Naikoo’s being a teacher or his fondness for painting have on his role as an HM operative who was responsible for the killing of innocent Kashmiris and migrant labourers? After all, wasn’t Benito Mussolini a school teacher before he grabbed power and became a cruel dictator, and didn’t Adolf Hitler who ordered extermination of Jews have a liking for painting?

The news report went on to say that “Riyaz Naikoo took over as the commander of Hizbul Mujahideen after the outfit`s poster boy and commander Burhan Wani was killed in a gunfight with the security forces in the Kokarnag area in Anantnag district on July 8, 2016.”

What’s really surprising is that this news channel, which did such through research about this ‘passionate painter of roses’, ended up bungling facts — firstly, Naikoo didn’t replace Wani, but Zakir Rashid Bhat, alias Zakir Musa, who left HM to form the Ansar Ghazwat-ul-Hind, secondly, Naikoo took charge as the ‘operation commander’ of HM in 2017  and not 2016 as stated in the Zee News report.

But Zee News isn’t the only channel that went wrong with facts and the focus of their reports: several news providers seemed to be more interested in talking about Naikoo’s life and dealings before he joined terrorist ranks. Why? No one knows, because whether he taught mathematics or geography, if his pupils loved him or not, and was he fond of painting roses or sceneries ceased to matter the day he picked up the gun and turned it at his own people. Nor does the claim made by media that the death of a relative, (allegedly at the hands of security forces) compelled him to pick up the gun can condone the cold-blooded murder of several unarmed and innocent people that he ordered.

At times, excessive rage due to the loss of a near or dear one may so emotionally upset a juvenile that he may, on the spur of the moment, decide to get even with whom he considers to be the perpetuator by ‘pay back’ in the same coin. But how can one ever believe that a mature 33-year-old teacher with a passion for creativity, let anger to get the better of his rational self and nudge him to take to terrorism? Could this not be an attempt to justify his late entry into terrorism, which in itself betrays his lack of faith in the separatist agenda that he was required to espouse after being made ‘operation commander’ of HM?

Returning back to the question of Naikoo’s successor, you may be wondering as to why is a person who feels that it’s immaterial as to who his replacement is and considers this topic a “non-issue” should be contradicting himself by entering into this debate. But there is a reason- one that will reveal the abject duplicity of separatist leaders and terrorist commanders; both relentlessly urge the youth to pick up guns and attain martyrdom while they keep their own family members out of harm’s way.

While it is true that in a first in the 30 years long history of terrorism in J&K, Junaid Sehrai, the son of Tehreek-e-Hurriyat chairman Mohammad Ashraf Sehrai, joined HM in 2018, but he has never been named by the police in any daring attack on security forces or their installations.

As per Kashmir experts, Sehrai and Abu Majid alias ‘Dr Saifullah’ are the two contenders for the vacant spot created by Naikoo’s death. Experts opine that being the son of firebrand Jamiat-e-Islami ideologue, Sehrai has an edge but despite the nepotism issue, he’s certainly the ideal choice for two reasons; one, his picking up the gun disproves the accusation that separatist leaders push the sons of others into terrorism but keep their own well-protected, and two, Junaid Sehrai reflects the will of separatists to walk their talk and not hesitate in putting their own kith and kin in the line of fire. In short, Sehrai’s elevation as Naikoo’s successor will certainly give HM a big boost.

But, considering the fact that despite being into terrorism for more than a year but of not being heard of makes many believe that in consideration of his father’s position, the HM is not ‘exposing’ him to real danger — some even claim that he’s already been sent across the Line of Control to ensure that he doesn’t come to any harm. Taking up the job of ‘operation commander’ amounts to signing one’s own death certificate, because it’s just a matter of time before he is tracked down and dispatched by the security forces- they got HM poster-boy Burhan Wani, they neutralised the so called HM icon Naikoo,  and so, there’s no doubt that the next in line too will meet the same fate as his predecessors.

So, despite the definite psychological advantage of Sehrai being selected to head HM, it’s most likely that it would be ‘Dr Saifullah (who’s been given this moniker since he was a medical assistant before turning terrorist), who will be nominated as Naikoo’s successor. Because in Kashmir, despite all the big talk of sacrifice by both the separatist and terrorist leadership, ultimately, it’s the of ‘blood is thicker than water’ adage that prevails.

7 thoughts on “After Riyaz Naikoo, Who? – OpEd”