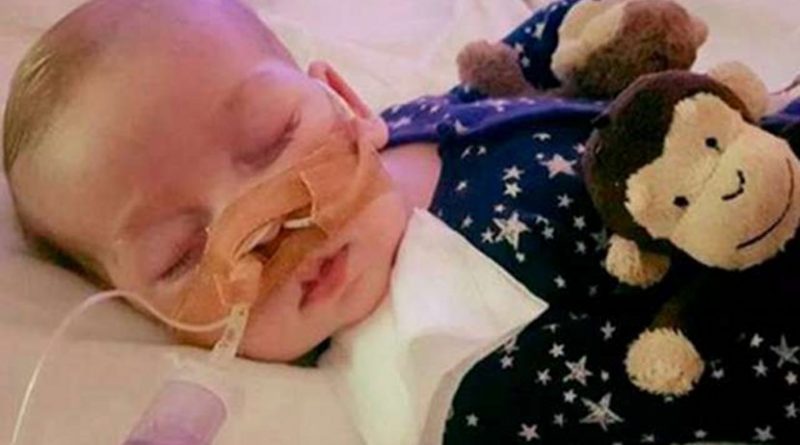 Great Ormond Street Hospital in London is applying for a new hearing with the high court after new evidence suggests the critically ill baby could benefit from an experimental treatment.

The decision comes after a team of seven international medical experts alerted the hospital that fresh, unpublished data suggested that an experimental drug could improve Charlie’s brain condition.

One of the signatories of the letter is a researcher and neurologist with the Vatican-owned Bambino Gesu Hospital in Rome, which offered to transfer Charlie to their facilities earlier this week. Great Ormond Hospital said they denied the transfer for legal reasons.

“Two international hospitals and their researchers have communicated to us as late as the last 24 hours that they have fresh evidence about their proposed experimental treatment,” a hospital spokesman said, according to the BBC.

“We believe, in common with Charlie’s parents, it is right to explore this evidence,” they said.

“Great Ormond Street Hospital is giving the High Court the opportunity to objectively assess the claims of fresh evidence…It will be for the High Court to make its judgment on the facts,” they said.

Charlie has been diagnosed with mitochondrial depletion syndrome, a rare genetic disease thought to affect just 16 children in the world. The disease causes progressive muscle weakness and can cause death in the first year of life.

Charlie’s case has caught international attention for the various legal battles that his parents, Chris Gard and Connie Yates, have fought in an attempt to save their son’s life.

The current decision of the hospital to apply for the appeal comes as a surprise after Charlie’s parents were denied their request by the High Court to take Charlie to a hospital in the United States to seek experimental treatment, even after they had raised over $1 million to take him there. Charlie’s parents were also denied their request to take their son home to die.

Both the Vatican pediatric hospital and Pope Francis have expressed their support for Charlie.

“The Holy Father follows with affection and emotion the story of Charlie Gard and expresses his own closeness to his parents,” read a July 2 statement issued by Vatican spokesman Greg Burke.

“He prays for them, wishing that their desire to accompany and care for their own child to the end will be respected.”

On June, the day the Charlie’s life support was initially scheduled to be disconnected, the Pope also used his Twitter account to send a clear pro-life message in the infant’s favor:

“To defend human life, above all when it is wounded by illness, is a duty of love that God entrusts to all.”

Charlie’s case will be heard by Justice Francis on Monday at 2 p.m. local time (9 a.m. Eastern) according to a High Court listing.