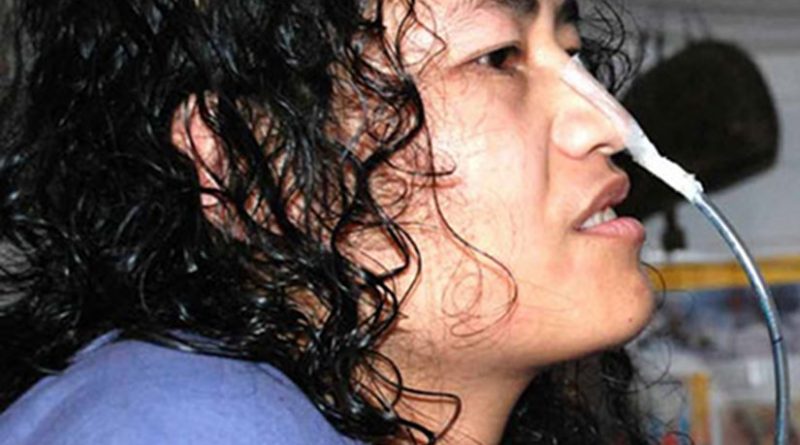 The anti-Armed Forces (Special Powers) Act (AFSPA) movement is all set to lose its most famous icon- Irom Sharmila Chanu. The movement may not disintegrate if she sticks to her decision to end her 16- year old fast on 9 August, but it goes without saying that it would need some serious reorganisation to nurture any hopes of success.

Irom Sharmila’s decision says a lot about long drawn civil rights movements and the impact it can have on the activists if the state decides to simply procrastinate and look the other way. The decision to start the fast, a reaction against the infamous November 2000 Malom shooting incident, was a personal one and mostly momentary and whimsical, without much understanding of how the system works. It was perhaps based on a ‘straight from the heart’ and child like-belief that the state’s security sector decision making is open to emotional pressure and can be influenced by recourse to the Gandhian method. It remained oblivious of the fact that fasting, one of the most popular mode of protest, has not had much of success on influencing major state decisions in post-independent India and such modes of protests have indeed outlived their utility.

Since the decision to start the fast was a personal one, could the decision to end it be a personal one as well? Hypothetically speaking, what if Gandhi, for instance, at the height of the freedom struggle, was to decide to abandon the movement citing personal reasons and his despondency with the state of the struggle? What reaction would that sort of a decision have invited? A section of people in Manipur who are reeling under a feeling of being abandoned midway have some valid reasons to be annoyed with Sharmila.

The more important question, however, is: whether such a decision by Gandhi, by all means the icon of the anti-British freedom movement, would have led to its collapse? The answer is ‘No’. Gandhi, unquestionably the numero uno in India’s struggle for independence, was part of a well established anti-colonial movement that had several other leaders to carry it forward to its logical conclusion. Gandhi led the movement, and at the same time, played in a role in shaping its course and agenda to be implemented by the Congress Party. Nothing of that sort ever happened in Manipur.

Neither Irom Sharmila nor the anti-AFSPA agitationists in Manipur ever attempted to shape the contours the struggle that challenged the narrative of the powerful Indian army, nor did they ever try to make common cause and launch an united struggle along with other states like Nagaland, where the AFSPA is an emotive issue.

Irom Sharmila’s was mostly a personal struggle, around which the civil society organisations scripted their programmes without ever having to make similar sacrifices. Sharmila’s fast alone contributed to the career graph of the some of the human rights activists from the state. Sharmila too appeared to enjoy the limelight that the national and international media coverage brought in. Neither she nor the anti-AFSPA agitationists in Manipur ever attempted to shape the contours the struggle that challenged the narrative of the powerful Indian army, nor did they ever try to make common cause and launch an united struggle along with other states like Nagaland, where the AFSPA is an emotive issue. The agitation in Manipur remained mostly focussed on the Indian army’s human rights violations. However, as the Army sensitised its personnel and took internal efforts to address the issue in the post-Manorama Devi killing (2004) period, such incidents shrunk and so did the crux of the agitation against AFSPA. While sensitising the Indian Army about human rights issues remains one of Irom Sharmila’s achievements, she is equally guilty of keeping the struggle mostly personal and remaining its only icon.

A directionless modernisation programme continues to preserve the police mediocrity which also has an equally infamous history of human rights violations. Many in Manipur, civilians and politicians alike, not surprisingly, distrust the ability of the police in the absence of the army.

Why should the Indian Army and the AFSPA continue in Manipur remains a valid question. Disintegration of the insurgency movements and a significant dip in violence has created the most suitable condition for the state police to handle counter-insurgency duties in the state. While the international borders with Myanmar can be protected by the Army, the internal security duties are best handled by the police alone. However, a directionless modernisation programme continues to preserve the police mediocrity which also has an equally infamous history of human rights violations. Many in Manipur, civilians and politicians alike, not surprisingly, distrust the ability of the police in the absence of the army. Surprisingly, the hatred for Indian army and also a conviction in its indispensability is a truth that goes unmentioned in many of the analyses on Manipur.

Irom Sharmila intends joining politics and contest the Manipur state assembly elections as an independent candidate in 2017. This has been cryptically projected by some as restoration of her belief in popular democracy. However, given that she kept her 16 year-old protest peaceful and essentially Gandhian, her belief in democracy and the Indian system was never ever in doubt. Whether electoral politics will allow her to achieve what her fasting could not is a different question. Her decision to end fasting, however, does raise several uncomfortable questions regarding the organisation of civil rights movements in conflict ridden states.