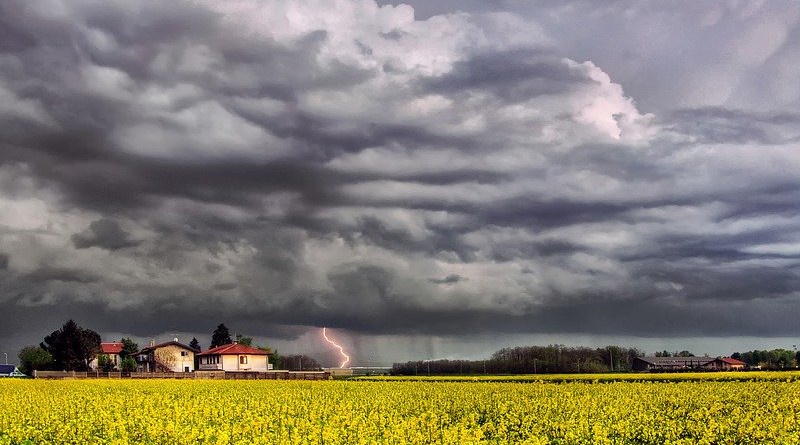 Where, when and how much precipitation is expected? Information on precipitation not only crucial for water management and agriculture, but also for events, road traffic, aviation and other sectors of the economy.

While weather models have gotten better over the decades, predicting the exact location and amount of rainfall remains challenging, even for just a few hours in advance. Deltares, Wageningen University & Research (WUR) and the KNMI have investigated how precipitation can be predicted with radar techniques up to several hours in advance. These short-term forecasts have turned out to be extremely accurate in many cases.

Predicting the exact location and amount of precipitation has become a problem during the increasingly dry Dutch summers.

For example, should a water manager pump water out of low-lying areas when extreme precipitation is expected? If it does not rain, the last reserve of water may have been pumped out unnecessarily, but if a decision is made not to pump and there is extreme precipitation, then flooding may occur.

For short-term precipitation forecasting, there is another option: nowcasting. This is a recently coined term for predicting precipitation up to a few hours in advance using radar techniques.

Nowcasting methods use advanced statistical extrapolation techniques to predict precipitation from radar data. The advantage of this method is that new radar data is available every five minutes, which can be used to make a prediction for about three to six hours in advance. This update frequency is much faster than in standard weather models, which update about every three hours. Nowcasting therefore provides better short-term predictions of the location and intensity of precipitation. Many nowcasting algorithms are currently available, but their quality was uncertain and it was unclear whether their accuracy depends on the location and the season in which they are used.

As part of a new study, Deltares, Wageningen University & Research and KNMI therefore investigated the quality of the nowcasting methods for twelve Dutch river basins and polders. The study was recently published in the journal Water Resources Research. They used these methods to analyse 1,533 precipitation events of varying intensity that took place over a period of eleven years. The predictability of the precipitation appeared to be clearly related to the duration of the precipitation and the season.

Precipitation can be accurately predicted up to two hours in advance for rainfall that lasts a whole day, but the prediction accuracy decreases to a maximum of 25 minutes for rainfall that lasts no more than one hour. In the winter, when rainfall is often long-lasting and of low intensity, the quality of nowcasting is better than during the summer, when there are often short periods of high intensity rainfall.

In addition, the results show that the forecasts are better for larger areas and in the downwind direction. For the Netherlands, which has prevailing south-west winds, higher downwind accuracy means that the north-east region of the country benefits more from nowcasting methods than the south-west. Using composite data that includes radar data from Belgium and Germany could improve the upwind accuracy of the predictions.

The study also reported a substantial difference between the methods tested. Those that included more processes than just the direction of travel of the rainstorms often provided better predictions. These were the more recently developed algorithms, which are often open source as well. This facilitates their use in Dutch water management and in other sectors. However, the study also raised a point for attention: all the nowcasting methods tested had difficulty in accurately predicting the behaviour of rapidly growing or dissipating rainstorms. An important next step is therefore to focus on these processes in more detail.

Ruben Imhoff (Deltares): “Our large-scale analysis is unique because we have quantified where and when we can expect a certain quality of radar rainfall nowcasting. This helps the end user decide whether or not the nowcasting is worth using. For us as researchers, it provides insight into future developments that are needed to make the nowcasts even better.”

Home » Better Precipitation Forecasts Up To Several Hours In Advance