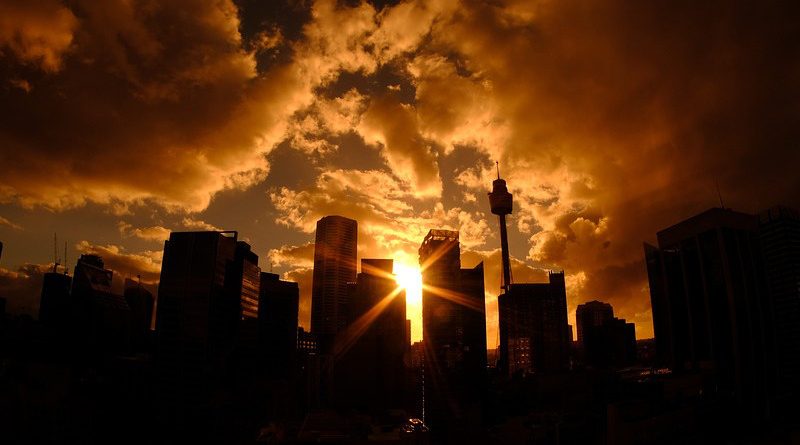 Australian army forces hit the streets in Sydney to enforce the world’s strictest lockdown in the city’s poor suburbs where Covid-19 cases are growing amid low vaccination rates.

Prime Minister Scott Morrison sent around 300 soldiers to parts of Sydney with higher migrant populations as well as southwestern areas yesterday to stop people leaving their homes more than once and break up gatherings, The Times reports.

It comes as the country continues to pursue a ‘Zero Covid’ strategy with aims to eliminate the virus despite mounting evidence it may be impossible – with cases continuing to rise and only 21 per cent of adults double vaccinated.

Sydney has struggled to encourage poorer areas to get the Covid vaccine, with only 13 per cent vaccinated compared to 25 per cent in wealthier parts.

Epidemiologist Mary-Louise McLaw’s described the discrepancies between uptake as ‘shameful’ and explained many poorer areas are at a disadvantage due to language barriers, lower incomes and poor internet access.

Reaction to the soldiers’ presence has been mixed, with some arguing it could cause distress for people in the area due to the high refugee population and their experiences with war in their native countries.

Others argue their presence is needed to stop people spreading the virus after reports people have been travelling to visit their loved ones.

As the delta variant continues to spread, Australia’s coveted status as a haven from the pandemic could be at an end, with experts warning that a sustained outbreak of the variant makes a return to ‘Covid zero’ unlikely.

After long stretches with zero local cases – what Australians once jokingly referred to as ‘doughnut days’ – a Sydney outbreak has now grown to 4,610.

Only 20.8 per cent of adults are double vaccinated due to a lack of supply, one of the lowest jab rates in the OECD group of 38 rich nations.

Record numbers of new cases are being reported each day despite widespread lockdowns.

Slowly but surely, some local authorities have shifted to talking about containing the virus rather than beating it.

‘Given where numbers are, given the experience of Delta overseas, we now have to live with Delta one way or another, and that is pretty obvious,’ said New South Wales Premier Gladys Berejiklian.

After 18 months of advocating ‘Covid zero’, that represents a step-change in the country’s approach.

For experts like Emma McBryde, an infectious diseases and statistical modelling expert at James Cook University, the shift in tone is a reflection of the new reality that Delta has brought.

‘We’re buying time, not getting back to Covid zero,’ she told AFP.

But, she said: ‘The goal now should be keeping Covid in check for long enough to get vaccinated.’

Tony Blakely, an epidemiologist at the University of Melbourne, echoed those comments, telling public broadcaster ABC that Australia will ‘probably never’ get back to zero transmission.

It comes as Australia banned ex-pats who enter the country from leaving again in a bid to ease the pressure on quarantine hotels under strain from the delta variant.

When non-resident citizens – Australians that live abroad – visit their country of origin, they will soon have to apply for an exception to leave again.

Under some of the world’s toughest Covid-19 restrictions, citizens and permanent residents have been banned from going overseas since March 2020 – but people who don’t normally live in Australia have been free to depart without permission.

That will now change from August 11, after which the updated rules will require ex-pats to apply for an exemption in order to leave.

The move is likely to force some ex-pats hoping to return home to re-think their travel plans, and could also leave families separated in not all members travelled back to the country at the same time.

‘We’ve seen too many instances where people have left the country only for in relatively short order to put their names on the request list to come back,’ Finance Minister Simon Birmingham told reporters in Australia’s Canberra capital.

‘That just puts additional pressure and additional difficulties in terms of managing the finite number of places that can safely be administered for returning Australians.’

Residents living in Australia are already banned from travelling overseas without a government exemption, which can be granted for reasons including compassionate grounds or travelling in order to receive urgent medical treatment that would otherwise not be available in the country.

Barring a few isolated Pacific islands and neighbouring New Zealand, few countries weathered the first 18 months of the coronavirus quite as well as Australia.

As the rest of the world hunkered down, got sick and lost loved ones, Australians flocked to bars, restaurants and the beach.

Occasionally, the virus jumped from hotel quarantine facilities into the community but aggressive tracing and testing, snap local lockdowns and domestic travel restrictions kept it in check.

In mid-June, a US flight crew infected a Sydney driver with the highly transmissible variant first detected in India.

Since then, the number of daily infections has climbed steadily despite a Sydney lockdown, now in its sixth week.

The outbreak has grown and clusters have popped up across the country.

Roughly 16 million Australians – almost two-thirds of the population – are now staying at home, just as Europe and North America emerge from virus-enforced hibernation.

The outbreak and strategy shift by New South Wales has spurred recriminations among Australian states and the federal government in Canberra.

Leaders have bickered about whether Sydney locked down too slowly, or too lightly.

But even those who advocate aggressive suppression admit the costs are rising and it has become harder.

‘Australia’s ‘Zero Covid’ strategy has allowed us to escape the worst of the pandemic so far: our death toll has been among the world’s lowest, our recession among the shortest,’ said a recent report from the Grattan Institute, a public policy think tank.

‘We’ve faced fewer restrictions on our daily lives than almost anywhere else. But we have paid a heavy price. We are shut off from the rest of the world, and we have frequently been locked down.’

‘The more infectious Delta variant is making Zero Covid even harder to maintain. Australians have supported a hard-line approach, but they are also tired and frustrated.’

Despite the bickering, most mainstream voices are united in seeing vaccines as the ultimate way out.

But barely 20 percent of Australians are vaccinated, in part because of poor planning, in part bad luck.

The government bet on a University of Queensland vaccine that – while likely effective – was dropped because it caused a false positive HIV test in recipients.

It also bet on the AstraZeneca vaccine, which is produced locally and is in plentiful supply but is seen by many Australians as inferior to Pfizer, which was ordered in small numbers.

According to the Grattan Institute only 10 percent of Australians are ‘entrenched anti-vaxxers’.

For the rest, McBryde said the situation may have to get worse before they turn to AstraZeneca. ‘People are just unbelievably complacent,’ she said.

Fewer and fewer doughnut days may yet shake that complacency.