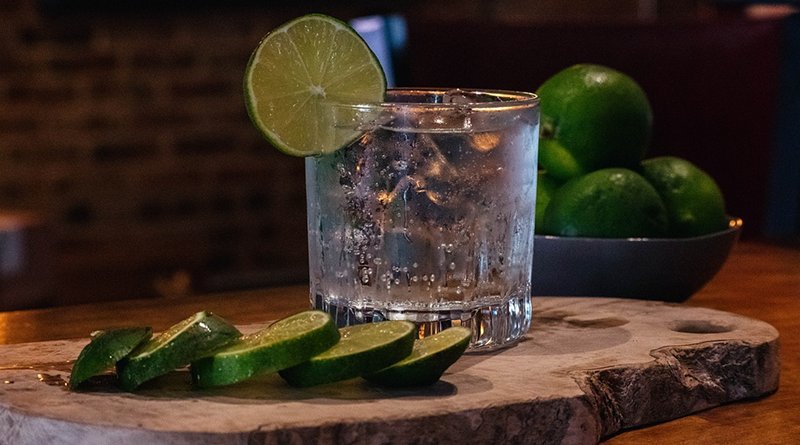 Are you looking for the perfect gin and tonic recipe? What about gin made from peas instead of wheat? It may not be the first thing that comes to mind when sipping a gin and tonic, but the main ingredient of the popular aperitif has a significant and damaging impact on the environment. Gin production involving various processes and inputs, such as the cultivation of wheat, production of enzymes, heat, electricity, packaging materials and transport, results in CO2 emissions.

The findings were published in the journal ‘Environment International’. “We report on the innovative use of an important leguminous crop, pea (Pisum sativum L.), as a source of starch for alcohol (gin) production, yielding protein-rich animal feed as a co-product.”

The researchers add: “Allocated environmental footprints for pea-gin were smaller than for wheat-gin across 12 of 14 environmental impact categories considered.”

This is due in part to the fact that growing wheat requires the use of synthetic nitrogen (N) fertilisers that pose environmental and food security challenges, while legumes like peas can source nitrogen directly from the atmosphere.

“Our results indicate that substitution of cereal starch with legume starch in alcohol production could be an effective approach to increase the share of leguminous crops in industrialised cropping systems, potentially increasing crop diversity, improving soil health and reducing synthetic N fertiliser requirements.”

In addition, using byproducts of pea-starch gin production as animal feed would reduce the need to import soybeans and therefore mitigate climate change through the avoidance of deforestation in Latin America.

Despite having a higher environmental burden due to the larger land area required for cultivation, co-products from 1 l of pea gin substitute up to 0.66 kg of soybean animal feed, according to the study.

This is twice as much as can be gained from the production of wheat gin, “mitigating considerable greenhouse gas emissions associated with land clearing, cultivation, processing and transport of such feed. For pea-gin, this mitigation effect exceeds emissions from gin production and packaging, so that each L [litre] of bottled pea gin avoids 2.2 kg CO2 eq. [equivalent].”

For those who are ready for a new taste bud adventure with pea gin, the prospects are reportedly good.

Quoted in the same news release, Kirsty Black, manager of project partner Arbikie Distillery, says: “Following two distillations plus an infusion with botanical ingredients including juniper and coriander, the final gin retains the same sumptuous, aromatic flavour as if made from cereal grain.”

Home » A Gin And Tonic That Can Help Save The Rainforests