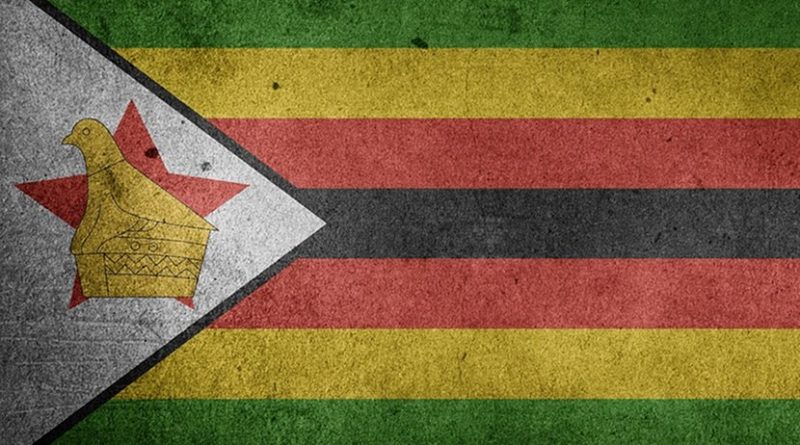 Justice Loice Matanda-Moyo is a soft-spoken legal scholar. Yet she now finds herself one of the most feared anti-corruption crusaders in Africa. Zimbabwe, a country plagued by rampant corruption for decades, has taken its war on corruption to new levels, and Justice Moyo is leading the charge.

Just over a month into her new role as chairperson of the Zimbabwe Anti-Corruption Commission (ZACC), Justice Moyo isn’t pulling her punches, with the arrests of former Vice President Phelekezela Mphoko and the Minister of Environment, Tourism and Hospitality, Prisca Mupfumira.

Despite being in the president’s cabinet, Mupfumira found her ministerial position mattered little as she was dragged to court on corruption charges involving $95 million from the state pension fund.

Mupfumira faces charges of “criminal abuse of duty as a public officer”.  Charges include the taking of unauthorized loans from the pension fund to buy a luxury vehicle and to fund her political campaign.

But Justice Moyo was not satisfied with merely the arrest of the minister. Her team also arrested the permanent secretary in the environment ministry, Munesu Munodawafa, as well as the former director of state residences, Douglas Tapfuma.

Under former president Robert Mugabe, Zimbabwe became a hotbed of corruption. The ZACC, created during this era, was both toothless and ineffective. Staff still talk about the threatening phone calls they would receive if any powerful people were investigated. The message was clear: no high-profile cases should be opened.

But all that changed with the election of President Emmerson Mnangagwa in 2018, with his government making the fight against corruption a priority. When he took over at the helm, Mnangagwa declared a “zero tolerance” policy towards corruption and described the ZACC as “rotten to the core.”

The new president and his team thus decided to reform and revamp the anti-graft body in February, selecting new faces and giving it independent powers. Importantly, the new ZACC was to be bipartisan, with nine commissioners drawn from both the ruling Zanu-PF and opposition MDC, as well as from civil society.

So when the Mnangagwa government was looking for the right person to head the reformed agency, he turned to Justice Moyo, a High Court judge who clashed repeatedly with the Mugabe government. As a young prosecutor in 2004 she had even been arrested for standing up for justice. She has now been seconded to ZACC to lead an agency that is poised to serve as an example for the Southern African Development Community (SADC) and the continent.

From her office in Harare, Justice Moyo is overseeing more than 200 investigations of corruption. Her team of 61 investigators have been specially selected and vetted to ensure they are professional and impartial.

ZACC has five different centers across Zimbabwe to ensure that its investigations are carried out quickly across the country without bureaucratic delay.

What is key is that ZACC has the kind of political support that other agencies in Africa can only dream of. The Zimbabwean government has recently given ZACC arresting powers to prevent police leaks from tipping off powerful offenders. It is amending the Money Laundering and Proceeds of Crime Act to include Unexplained Wealth orders, which will make recoveries of ill-gotten wealth much easier. Furthermore, the government is in the process of crafting new legislation that protects whistle-blowers and witnesses in corruption cases.

These are bold steps forward for Zimbabwe that are making the rest of Africa sit up and take notice. It shows what a determined government is capable of, by creating institutions and empowering key people to clean up corruption.

And international cooperation is crucial. Recently the EU and the UK joined with President Mnangagwa to launch a nationwide campaign against corruption at all levels.  ZACC is already looking to sign MOUs with neighboring countries, first with Botswana, and then possibly with Zambia. According to Justice Moyo, corruption in southern Africa is not a national problem, it’s a regional one. With fuel smuggling, for instance, corruption often transcends national boundaries. This means that the anti-graft agencies of SADC member states must cooperate to tackle the problem.

Corruption of course is neither a uniquely Zimbabwean problem, nor an African one. However, to defeat it requires political will, bipartisan support, and judicial independence. Most importantly, it requires leadership.  Zimbabwe’s battle against corruption has just begun. But it has all the elements to succeed and serve as a template for the continent of Africa and beyond.