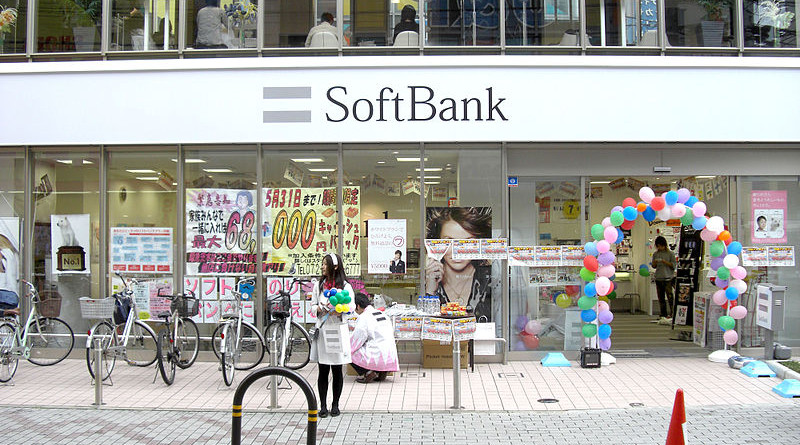 Is SoftBank, the Japanese financial institution headed by Masayoshi Son, fueling a stock market bubble with its new strategy of speculating heavily in derivatives markets in technology shares?

There has been a lot of debate recently over the role that Son and his traders are playing in global equities markets, after it emerged that they had pumped billions of dollars into aggressive positions in fast-growth, high-value US tech stocks.

Wall Street traders nicknamed Son the “Nasdaq whale” as they learned that he was the big presence unseen beneath the surface of the tech market, sending waves out in all directions.

Some accused him of helping to overinflate share values to unsustainable levels, and cited last week’s big selloff in New York — led by declines in the market stars such as Apple and Amazon — as evidence that he had blown them up to such a level that some form of correction was inevitable.

Others took the view that even an investor as big as SoftBank could not have that much influence on global markets, and that the real reason for the tech-led bubble was elsewhere — primarily in the incredible largesse of governments and central banks in their response to pandemic recessions.

Nor is it clear that SoftBank made quite such a killing with its new strategy. According to reports, it made $4 billion in market profits from its speculative investments, but lost $9 billion in the value of its own shares as investors signaled their displeasure with its latest departure from the principles of long-term visionary investment.

SoftBank and Son will survive the controversy, as they have every recent blip in their record. But the “whale” episode leaves genuine questions about the resilience of global (mainly US) equity markets, and the potential for sophisticated investment instruments like options and derivatives to prick the bubble of rising equity prices.

A buy option gives the buyer the right to buy shares at a given price sometime in the future, and is profitable if you think the shares will rise in value (there are sell options too, which work in reverse).

As an aside, it is worth noting that investors in the Saudi stock market Tadawul will soon be able to practice such sophisticated trades at home, when the market introduces derivatives trading later this year. It has promised the most stringent of risk-management safeguards.

SoftBank made its money because US stock markets have been a one-way bet since March, when the authorities plunged hundreds of billions of dollars into them to prevent a total market collapse after a 30 percent crash as the bad economic news dawned about the pandemic.

That support strategy has succeeded beyond policymakers’ expectations. The S&P 500 index climbed back to an all-time high at the beginning of this month.

Even the big falls of last week leave it above pre-pandemic levels, an achievement much celebrated by the White House as it looks for positive news to take into the November election.

But the bout of selling before US markets headed off to Labor Day holidays sent a little shiver of fear down the spines of some analysts. Tech stocks were already very expensive by historical standards, and some skeptics have been calling it a bubble for weeks, if not months.

Also alarming was the trend among small retail investors to get involved in the options spree. As a shrewd investor said before the Great Crash of 1929, “when your shoeshine boy starts giving you stock tips, it’s time to get out of the market.”

It does look as though a speculative mania is developing in global, but especially US, stock markets, driven by what some are calling the FOMO principle — fear of missing out.

So do last week’s “corrections” inject a healthy bit of realism into these markets, or are they a harbinger of further falls?

If you really know the answer to that question, you should already be a multibillionaire investor, or at least advising the Donald Trump re-election team.