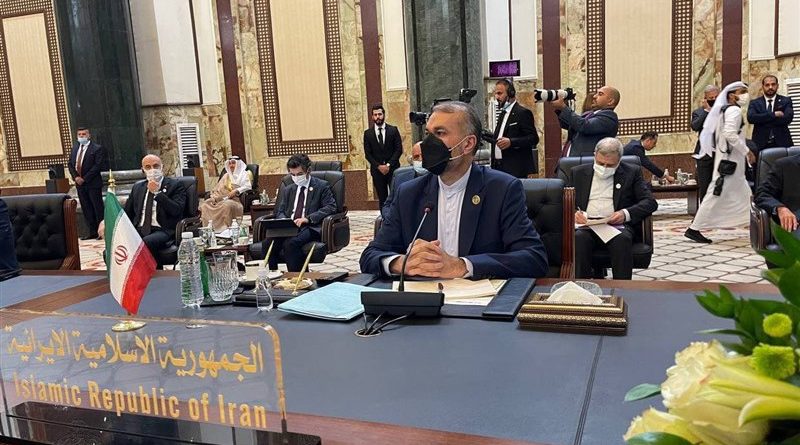 Iranian Foreign Minister Hossein Amirabdollahian said the country will keep its border crossings with Afghanistan open to facilitate the settlement of problems in the neighboring country and will proceed with trade with the Afghans.

In a telephone conversation on Tuesday, Amirabdollahian and former Afghan president Hamid Karzai talked about the latest developments in Afghanistan.

“The Islamic Republic of Iran wants Afghanistan to be free from war and terrorism,” the Iranian foreign minister told Karzai.

He also noted that Iran will keep its border crossings with Afghanistan open to ease the current situation in the country and will continue trade with Afghanistan, according to the Foreign Ministry’s website.

The top Iranian diplomat also noted that it is Tehran’s principled stance to support dialogue among all groups in Afghanistan to form an inclusive government which reflects the ethnic and demographic makeup of the country. “This is the only way for Afghanistan to reach lasting peace.”

Amirabdollahian further noted that the US policies during the past two decades are to blame for the current chaotic situation in Afghanistan, saying the Afghan people are determined to end such situation.

For his part, Hamid Karzai said the eminent figures of Afghanistan are doing their utmost to overcome this situation, adding that the main goal is the realization of the Afghan people’s will.

He also thanked Iran for its stances and efforts, noting that he and the other elders are engaged in negotiations with different groups, including the Taliban, and want Iran to continue its assistance to facilitate the process.