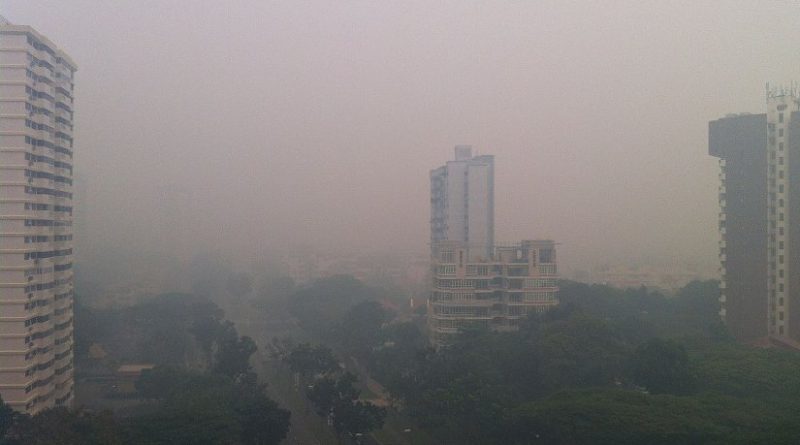 The smoke haze crisis in Southeast Asia has come back with a vengeance, threatening the lives and health of millions. No one seems to know how best to deal with it or how long it will last this time.

What started as the usual annual fire and haze episode about a month ago has morphed literally into a pall of danger permeating every daily activity of millions of people in the region. Anyone and anything that breathes is affected directly by the haze. Over the last month the air quality has been consistently deteriorating into the very unhealthy range (with PSI more than 200); in Indonesia the index has gone well beyond 2000, noting that 300 marks the hazardous level, the worst air quality.

More and more social and economic activities are being cancelled or curtailed, and political and diplomatic relations are becoming frayed among neighbouring countries. Never before have the people in this tropical region yearned so much to wake up to a sunny and clear day. Indonesia, where most of the fires and haze originate, is trying its best to put out the fires. Tens of thousands of firefighters have been deployed, supported by aerial water bombing. However, Indonesia has warned that, unless heavy rain falls, the situation is expected to last until November. Why have things gone so wrong?

In a RSIS Commentary in December 2014 I had discussed the complexity of managing peatland where most of the fires and smoke haze originate. It has been pointed out that “during the dry season, the water level drops significantly and there would not be enough water even to fill the canals, let alone to put out fires on peatlands as they occur”. Despite mobilising so much resources to put out the fires, Indonesia has said that the fires continue to smoulder underground and emit smoke, and ignite again. It is well-established that every attempt should have been made to extinguish or control fires on peatlands even before the dry season began.

To their credit, the ASEAN Environment Ministers in the southern ASEAN region met on 27 July 2015 to discuss preparations for the coming dry season, among others. The ministers, noting the ASEAN Specialised Meteorological Centre’s forecast of drier than normal usual weather conditions during June-October, agreed “to remain vigilant and step up their efforts to minimise any possible occurrence of transboundary smoke haze from land and forest fires”.

If only the countries concerned had followed through on appropriate preventive and preparedness measures on the ground before the weather turned bad as predicted. Indonesia could have mobilised just a fraction of its resources deployed now to monitor the situation on the ground, to put out early fires, to deter any potential violators from starting fires, and to pre-position fire-fighting resources in case the fires flare up. Such early actions would have greatly minimised the extent of fires that is raging now.

Now that the fires have gone out of control, the main focus should be to contain the fires as much as possible, while hoping for rain to come and the winds to change direction. Indonesia has committed a lot of resources to put out the fires, but it is not enough. Indonesia should welcome any offers of assistance coming its way. It is no more a question of national pride as Indonesians are suffering even more.

In fact, the ASEAN Agreement on Transboundary Haze Pollution was instituted precisely for such instances. While the Agreement emphasises prevention and monitoring, there is extensive provisions for joint emergency response where under Article 12, an affected Party can request for assistance or accept assistance offered. Over the years, Standard Operating Procedures have been developed, and in fact Indonesia has accepted assistance from neighbouring countries to put out fires before. Having just ratified the Agreement Indonesia should not be hesitating to make full use of the Agreement, whether or not such assistance will be sufficient or effective.

Indonesia should bring the full force of its law against violators who deliberately set the fires and ensure successful prosecution with severe penalties. Singapore has already issued preventive measures notices to several plantation companies operating in Indonesia, under Article 9 of the Singapore Transboundary Haze Pollution Act, requiring the said companies to refrain from doing any act that causes haze pollution in Singapore. If such violations continue it is hoped that this will lead to criminal prosecution under the Act, and Indonesia would cooperate in providing the necessary evidence for such purposes. The ASEAN Haze Agreement indeed obliges Parties to cooperate to share such information.

Increasingly the public have taken on upon themselves to institute class action against the perpetrators, such as the action by the Haze Elimination Action Team (HEAT) in Singapore, and to boycott the products of such companies. While such actions may not help mitigate the fires now, it serves as a powerful deterrent to entities which operate with such impunity causing so much distress year in year out.

It has become clear the business-as-usual scenario on addressing the fires-and-haze issue has not worked. It is an embarrassment for ASEAN, especially in this year of the realisation of the ASEAN Community, that this transboundary issue keeps getting worse. It may be a misfortune for Indonesia that it faced such severe drought so soon after becoming a Party to the ASEAN Agreement on Transboundary Haze Pollution. But this episode should serve as a grim reminder that the problem simply will not just go away, unless all parties act responsibly and with strong determination.

Interestingly, the long term solution does not lie just with addressing fires and haze as it occurs. These are just the symptoms. The long term economic and social costs far outweigh the short term benefits from improper land use management, agriculture, and large scale plantations for example. It is time to work seriously on addressing the root causes of fires by taking a comprehensive holistic approach spanning a whole range of social and economic activities. Of course strong political will and good governance are crucial to catalyse and sustain such efforts.

These options will be explored in a subsequent related series on the haze issue.

*Raman Letchumanan is a Senior Fellow with the S. Rajaratnam School of International Studies (RSIS), Nanyang Technological University. He served as a senior official at the ASEAN Secretariat for 14 years.This is part of a new RSIS series on the regional haze issue.