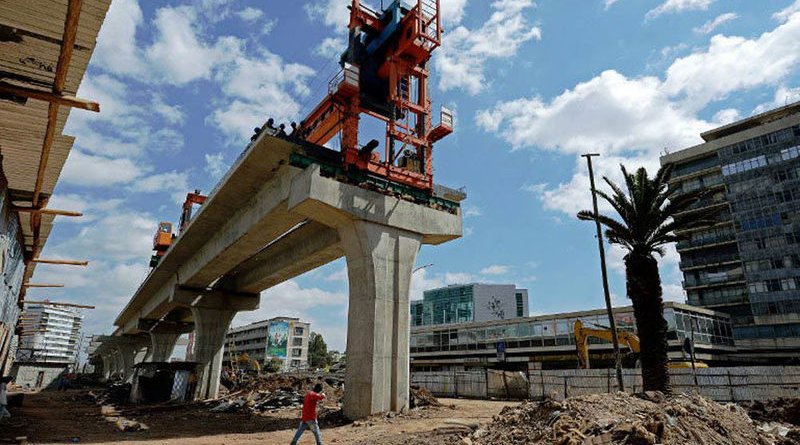 Climate change will ultimately affect our bridges. But to what extent?

That is the essential question addressed by Lehigh University researchers David Yang and Dan M. Frangopol in a paper recently published in the ASCE Journal of Bridge Engineering.

“We know climate change will increase the frequency and intensity of natural hazards like hurricanes, heat waves, wildfires, and extreme rains,” says Yang, a postdoctoral research associate in civil and environmental engineering at the P.C. Rossin College of Engineering and Applied Science. “For this paper, we’re looking at increased temperature as well as increased precipitation and their impact on bridge safety. The challenge here was that we didn’t know how to quantify those impacts to predict scour risk.”

Scour is the primary source of bridge failure in the United States. It’s created when floodwaters erode the materials around a bridge’s foundation, creating scour holes that compromise the integrity of the structure.

For their paper, Yang and Frangopol, a professor of civil engineering and the Fazlur R. Khan Endowed Chair of Structural Engineering and Architecture, had to fill the gap between the climate data and the structural safety quantification. They did so by using hydrologic modeling to convert climate simulation data to flow discharge data in the Lehigh River. The Lehigh River is a 109-mile long tributary of the Delaware River that runs through the city of Bethlehem, Pennsylvania, where Lehigh University is located.

“We took a holistic approach,” says Yang. “It started with a global climate model that was downscaled to regional hydrology, then we used structural engineering to get the failure probability of a structure in a future flooding event. From that, we could assess, does this structure failure pose certain risks to a community? So our model included these four steps of climatology, hydrology, structural engineering, and risk assessment.”

It’s the first paper to date that has combined all four steps to quantitatively look at the effect of climate change on bridges, he says.

In developing their model, the pair considered different climate futures and global climate models provided by the Intergovernmental Panel on Climate Change. To estimate the foundation depth of older bridges spanning the Lehigh River–information that is often unavailable–they developed a method to back-calculate the depth based on condition ratings from the National Bridge Inventory. They also took a regional and life-cycle approach to their analysis.

Frangopol is world renowned for his pioneering work in life-cycle engineering, which uses computational analysis to determine the long-term value and risk associated with infrastructure investments. In 2019, he was awarded the George W. Housner Structural Control and Monitoring Medal in recognition of his groundbreaking work and leadership in the field. This is one of many awards and honors bestowed on Frangopol from several professional organizations. Indeed, Frangopol, as part of a research team consisting of his former and current PhD students, will receive the 2019 State of the Art of Civil Engineering Award during the upcoming annual convention of the American Society of Civil Engineers (October 10-13, 2019) in recognition of their paper, “Bridge Adaptation and Management under Climate Change Uncertainties: A Review.” It’s the third time Frangopol will receive this prestigious award.

Taking such a regional and life-cycle approach, says Yang, was a novelty for this paper. “Bridges have a lot of microenvironments, and if you only look at one bridge, it’s really hard to capture the trend and get the increased risk from climate change,” he says. “So we broadened this analytical horizon both spatially and temporally to capture long-term trends.”

Of the eight conclusions Yang and Frangopol reached with their model, the most surprising was the extent to which the frequency of flooding may change.

“We realized that a 20-year flood may now become a 13-year flood at the end of the century, so that frequency nearly doubled,” says Yang. “This is why climate change may induce an increased risk to infrastructure.”

Perhaps their most important conclusion involves the question of mitigation. Specifically, what engineering measures should be deployed to reduce risk, and in which bridges.

“The reality is that budgets are limited,” says Frangopol, who is also affiliated with Lehigh’s Institute for Data, Intelligent Systems, and Computation (I-DISC) and the Institute for Cyber Physical Infrastructure and Energy (I-CPIE). “So it’s important to be able to determine, what is the priority here? You need to know the location of the bridge. For some communities, the failure of a bridge could be disastrous. For others, a bridge may not be as critical. This model helps you make that kind of decisions because risk is not only based on safety but also on the consequences of failure. You might have two bridges at the same probability of failure, but the consequences of that failure could be very different.”

Focusing on bridges along the Lehigh River was an obvious choice given their location, but both Yang and Frangopol are eager to share this model, not only locally, but with all communities looking to assess their infrastructure.

“We were inspired to do this research in part because historically Bethlehem was hit by multiple floods since 1902, and they had a significant impact on the community, so flooding is a significant hazard throughout the Lehigh River watershed,” says Yang. “We wanted to devise something that the community can use to become adaptive to future climate change,” says Frangopol.