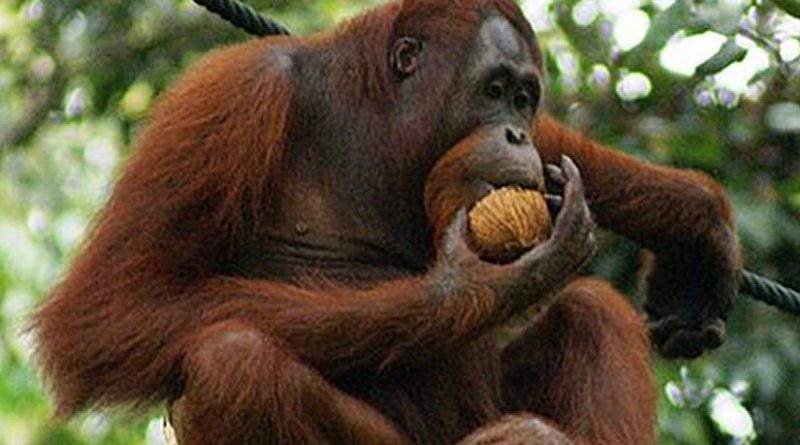 Forest fires in Indonesia are threatening the world’s only wild orangutans and teams of researchers are now on the ground in Borneo to help tackle the problem.

Months of uncontrolled fire in Borneo and Sumatra in South East Asia have led to at least 19 deaths and an outbreak of respiratory illnesses affecting an estimated half a million people. The infernos have also moved Indonesia into pole position as the biggest global climate polluter, a particularly unwanted title ahead of the 2015 Climate Conference starting in Paris later this month. However, apart from the high human and climate costs, the fires are also further endangering the world’s only wild orangutans.

According to Nature magazine, locals and researchers are scrambling to protect the estimated 50 000 remaining orangutans that live only on Borneo and Sumatra. Already ‘besieged by logging, hunting, pet trading and the steady expansion of palm-oil plantations’, the orangutans are now coping with the destruction of their habitat due to peat fires as well as the respiratory problems that come from being engulfed by smoke.

Nature spoke with Simon Husson, director of the UK-based Orangutan Tropical Peatland Project, which has temporarily abandoned its normal research activities to help local fire-fighting teams. Husson noted, ‘Over half the world’s orangutans live in peat-swamp forests, and every one of these peatlands in Borneo right now is on fire, somewhere.’

The orangutans are obviously not the only species in danger. The Guardian notes that the fires are destroying ‘treasures as precious and irreplaceable as the archaeological remains being levelled by Isis’. It points to other species such as clouded leopards, sun bears, gibbons, the Sumatran rhinoceros and Sumatran tiger who are under threat and warns that there are ‘thousands, perhaps millions, more’.

According to Live Science, people attempting to clear land for pulpwood and palm oil plantations started the fires by illegally burning sections of forest. Discovery News quotes Greenpeace Asia which infers that the disaster has been years in the making and could have been avoided: ‘Left in its natural waterlogged condition, peatland rarely burns. Untouched tropical rainforest is similarly fire-resistant. However, two decades of forest and peatland destruction by the plantation sector have made parts of Indonesia into a giant tinderbox.’

The effects of the blazes have been compounded by this year’s extreme El Niño weather pattern. The result is nothing short of an ‘environmental catastrophe’, according to Nature. The Guardian goes further and names the ongoing blaze as an ‘eco-apocalypse’.