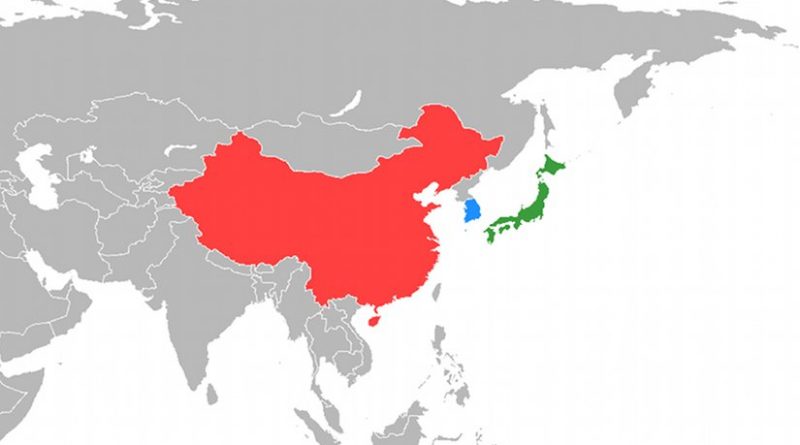 Peace and stability of the Asia-Pacific region depends on what happens in Northeast Asia which is home to China, Japan, Taiwan and the two Koreas. Despite the economic prosperity of these countries, Northeast Asia is one region where the legacies of the cold war continue to exert great influence and pose serious challenges. The division of Korea, Taiwan and the uneasy relations between Japan and China, and Japan and South Korea all pose challenges that could erupt into a crisis situation at any moment. The peace and prosperity of the Asian continent would depend on how China, Japan and the two Koreas conduct their relations. It is hard to envisage lasting peace in Asia in an atmosphere of animosity between China and Japan or between Japan and South Korea.

Realising this hiatus, China, Japan and South Korea set up a trilateral mechanism intended to deal specifically with issues falling within the Northeast Asian region. Beginning first in 1998 as an adjunct to the ASEAN, they started their talks on the sidelines of the ASEAN+ 3 meeting in Manila. They continued this process until 2008 when they decided to meet separately independent of the ASEAN gathering. They held their summits regularly until 2012 when the meeting took place in Beijing. Subsequent summit meetings could not be held due to strained relations between Japan and the other two countries. The sixth trilateral summit meeting was resumed only this year.

The trilateral summit that met in Seoul on 1 November is a landmark development as the Summit took place after a gap of three and a half years. The three leaders — Shinzo Abe, Li Keqiang and Park Geun — have issued a long joint statement which testifies to the importance that they have attached to trilateral cooperation for peace and stability of the region. Asserting that with the present summit, “trilateral cooperation has been completely restored”, they have recognised that if they want to build peace and stability in the region, they need to overcome the contradiction in which economic interdependence and political tensions coexist.

Recognising the need for building regional trust, they have owed to make joint efforts to support ROK’s “Northeast Asia Peace and Cooperation Initiative” directed at building trust through dialogue and cooperation. In particular, they have identified nuclear safety, nuclear non-proliferation, cyber security, and disaster management as major areas for trilateral cooperation.

The three countries evinced considerable interest in regional integration including the creation of a common market in the region as part of their Vision 2020. Noting that the Trilateral Investment Agreement which came into effect in May 2014 has contributed to improving the investment climate in the region, they agreed to make further efforts to accelerate the negotiations for a mutually beneficial trilateral Free Trade Agreement (FTA). They have also agreed to cooperate in several areas including energy security and climate change.

Expectedly, the issue of comfort women figured prominently in the Abe-Park meeting. President Park had taken a tough position on this issue saying that unless it was settled amicably, there could be no talks between the two countries whereas Japan had always maintained that this issue had already been settled in 1965 itself at the time of the normalization of relations. But at the current talks, both leaders seem to have given some indications for reconciliation. Abe told his counterpart that they should not let their bilateral relations be held hostage to any one issue. Abe said, “Regarding the comfort women issue, I believe that we must not leave obstacles to hinder future generations”. Park on her part said that efforts should be made to settle the issue by the end of the year. It appears that the issue will not easily fade away and the Koreans will carefully scrutinise the steps that the Abe government will take in the coming weeks. There are indications that considering the fast dwindling number of afflicted women, the Japanese government may adopt a more flexible attitude, but may not be able to settle it before the end of the year since it would need time for Abe to mould a domestic consensus on the issue.

Abe also held a summit meeting with Chinese Prime Minster Li Keqiang wherein both agreed to improve their relations. They agreed to set up a maritime and air communication mechanism to prevent any collision in the East China Sea. It appears that they discussed many issues including history, maritime security, China’s construction of islands in the South China Sea, and prospects of a trilateral free trade agreement in the region. Given the wide divergences in their security and economic approaches to the region, it will not be easy for them to reconcile all their competing interests. For instance, within a few days after the Trilateral Summit, the defence ministers of Japan and China participated in the ASEAN Defence Ministers Plus meeting held in Kaula Lumpur and expressed their different perspectives on Beijing’s construction of islands in the South China Sea. China expressed its displeasure at the support extended by Japan to the American dispatch of a destroyer within twelve nautical miles of the controversial Subi Reef a submerged feature until China dredged the surroundings in 2014.

The revival of the trilateral mechanism only forms the first important step in the long journey to reconciliation which calls for mutual understanding and accommodation of each other’s interests, and statesmanship of the highest order on the part of the leaders at the helm.