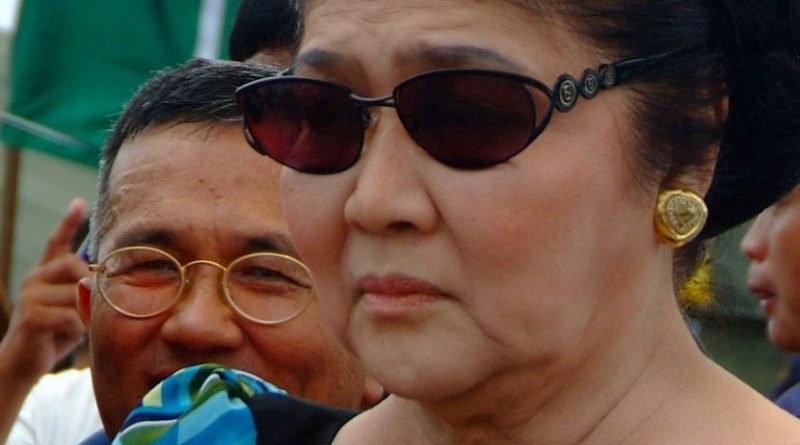 The Philippines’ anti-graft court has ordered the arrest of Imelda Marcos, widow of late dictator Ferdinand Marcos, after she was found guilty on seven counts of graft.

She was sentenced to a minimum of six years to a maximum of 11 years and a month imprisonment.

Marcos, who was not in court, can post bail while appealing her conviction.

The court ruling could prevent Marcos, who is running for governor in Ilocos Norte province in next year’s mid-term elections, from holding public office.

The former first lady, who is currently a member of Congress, can still run next year but will be disqualified if the court ruling becomes final after her appeal.

The 89-year-old Marcos was found guilty of corruption for using her cabinet position during the rule of her husband to maintain Swiss bank accounts.

She served as minister of Human Settlements, governor of Manila, and as a member of parliament during her husband’s presidency and dictatorship from 1965 to 1986.

“This legal victory is a two-decade struggle by the brave Filipino people. This is a victory against historical revisionism,” said Etta Rosales, chairwoman of the party and a former political detainee.

She said the court decision came at a time when the Marcos family was “desperately trying to revise history and clear their name of the crimes they committed.”

“This is retribution,” said Rosales. “This decision proves that the corrupt Marcos family really have committed crimes against the Filipino people, in order to enrich themselves and their cronies.”

Last year, President Rodrigo Duterte announced that Marcos had offered to return a portion of their so-called ill-gotten wealth, which is estimated between US$5 billion to US$10 billion.

The government has only recovered about US$3.2 billion in the past 30 years.