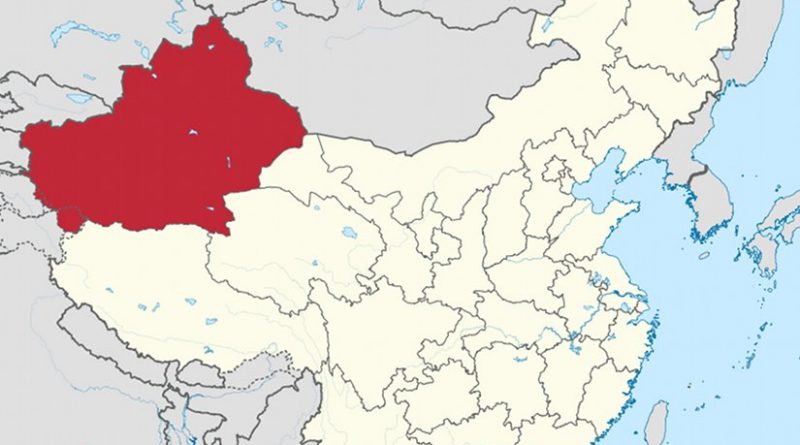 In March 2017 Chinese president Xi Jinping gave intructions to security forces to erect a “Great Wall of Steel” in Xinjiang to curb the centrifugal tendencies of Uyghur Muslims. Over decades, China has been responding with increasing force to the perceived threat to its internal peace from the Uyghur Muslims. Millions have been put into re-education camps (concentration camps), where besides being tortured, many are also subject to illegal organ harvesting. This illegal organ harvesting has become a lucrative trade in China as Chinese as well as foreign patients are promised organ matches within days.

Uyghurs are the people of Turkic origin who inhabited Central Asia more than one-and-a-half millennia ago. Today they are mostly concentrated in Xinjiang, the western most province of Peoples Republic of China. Uyghurs embraced Islam in the 8th century and were known for trade and commerce on the ancient Silk Road. Xinjiang, with its rich cultural and Islamic history was called “Kichik Bukhara” or Little Bukhara during the time of Muslim conquest of Central Asia. Through its fiercely contested history, the area was ruled by many dynasties and eventually came under Chinese control in 1878. It was renamed it as Xinjiang (The New Province) by Qing dynasty in 1884 AD. After the establishment of the People’s Republic of China in 1949, the communist government in Beijing exploited the region for its rich resources and facilitated mass migration of Han population into Xinjiang. The Uyghurs were subjected to abject discrimination under China’s policy of repression. Donald H. Mcmillen, records in his book ‘Chinese Communist Power and Policy in Xinjiang, 1949-1977,’ how Chairman Mao’s wife, Jiang Qing, considered them as “foreign invaders and aliens”.

Decades of severe economic exploitation, social discrimination and forceful destruction of religious ethos and traditional structures increased the centrifugal tendencies in Xinjiang, leading to anti-China agitations by the Uyghur Muslims in 1980, 1981, 1985 and 1987. These agitations gained momentum after the collapse of the Soviet Union and as the Taliban gained power in Afghanistan. Influenced by the development in Afghanistan and provoked by Pakistani mullahs, separatism in Xinjiang increased and demonstrations erupted in the cities of Urumchi, Kashgar, Khotan, Kucha, Aksu and Artush. The tipping point for the Chinese was the Baren incident, where Uyghurs started a mass protest on 6 April 1990 to wage jihad against the Chinese and establish the East Turkestan state. The ensuing riots resulted in the deaths of six police officers.

Under the Strike Hard Campaign (1996-2002) to curb the uprisings and religious activities in Xinjiang, China committed large-scale human rights violations, creating a global uproar. Externally, the Chinese also started romancing with the Afghanistan and Pakistan based terror groups to keep them from supporting their Muslim brethren and fomenting more trouble in Xinjiang. China even used its economic leverage to curb peaceful Uyghur activities in Central Asian republics that are home to more than 400,000 Uyghurs. At the same time, China pushed more and more Hans into Xinjiang through the Xinjiang Production and Construction Crops (XPCC), which was specifically created for the exploitation of the rich hydro-carbon resources. The increased pressure on the Uyghurs led to the revolt of 2009 in which more than 400 people were killed – the bloodiest unrest witnessed in China after the Tiananmen Square in 1989. More than 3,500 Uyghurs were arrested. According to Washington-based Uyghur Human Rights Project (UHRP), 700 Uyghurs were killed between 2013-14 alone by Beijing through the process of “legitimizing repression”. The growing instances of violent police raids on Uyghur households, restrictions on Islamic religious practice, and curbs on the culture and language of the Uyghur people spread, eventually caught the attention of international media and human rights groups. Such exposé made Beijing worrisome. A report ‘Bloody Harvest/the Slaughter: An Update’ published in 2016, reveals that “prisoners are subjected to blood tests and unusual medical examinations” and their test results added to a “database of living sources of organs, enabling transplants on demand”.

While ensuring security within Xinjiang is crucial for China’s internal peace and stability, the region has also assumed great geo-strategic importance. Xinjiang is the critical for the success of China’s much-hyped Belt and Road Initiative (BRI). Four of the six mega BRI corridors – including the controversial and sensitive China Pakistan Economic Corridor (CPEC) – run through southern Xinjiang, which is till today dominated by Uyghur Muslims. In 2016 Eastern Turkestan Islamic Movement (ETIM) or Turkestan Islamic Party (TIP), listed as a terrorist organisation by US treasury department in 2002, released an audio massage announcing that the outfit will wage war against the “enemies of Islam.” The highly-charged message urged the outfit’s members engaged with the ISIS in Syria to be ready to return to China and fight in western Turkistan. Xinjiang’s security thus has become a top priority for Beijing’s long-term geo-strategic and geo-political interests under the BRI.

China responded to such perceived threats by its “Great Wall of Steel” policy. While southern Xianjiang has seen an unprecedented rise in the influx of the Hans from the mainland, more than two million people – including Uyghur Muslims and Kazakhs – have been sent to “re-education camps”. In these detention centres, people are forced to pledge loyalty to the Chinese Communist Party (CCP), learn Mandarin and denounce Islam and their culture. A number of the imprisoned Uyghurs were sent other parts of China for organ harvesting that was committed on a large scale after the 2009 revolt. Simultaneously, to quell the concerns in the Muslim world, China used it economic clout through loans, concessions and at times even defended these Muslim rouge states on international forums to in turn buy their consent for the ethnic cleaning of Uyghur Muslims and other minorities in Xinjiang.

Therefore, while the western world has come together to condemn China’s actions in Xinjiang, Muslim countries have maintained a deafening silence. They have all but ignored the atrocities on the Uyghur Muslims.

In July 2019, 22 western countries including Japan and the United Kingdom condemned China’s actions in Xinjiang and wrote a joint letter to the United Nations High Commissioner for Human Rights to act against the repressive policies. Beijing swiftly denied the allegations and defended the re-education camps as “vocational training centres” designed to fight terrorism and combat Islamic extremism. On the very next day, as if on cue, 37 countries – mainly comprising Muslims nations including Pakistan, the UAE, Saudi Arabia, Qatar, Oman, Bahrain, Egypt, Kuwait, Tajikistan, Kyrgyzstan – issued a joint letter commending China’s efforts in “protecting human and promoting human rights through development”. The envoys of these countries wrote, “The past three consecutive years has seen not a single terrorist attack in Xinjiang and people there enjoy a stronger sense of happiness, fulfilment and security”.

Major Islamic countries like Saudi Arabia, Pakistan, Turkey, Malaysia and Iran toe the official line of Beijing. Prime Minister Imran Khan, in an interview with Al Jazeera in September 2019, described China as Pakistan’s “best friend” and feigned ignorance about the persecution of Uyghur Muslims in Xinjiang. “Frankly do not know much about it,” he said, brushing aside the question. Turkish President Tayyip Erdogan, who is a staunch supporter of other Muslim minorities, reportedly said in September 2019 that, “It is a fact that the peoples of China’s Xinjiang region live happily in China’s development and prosperity”. Malaysian, Prime Minister Mahathir Mohamad, too, said in September 2019 that “it is better to find some other less violent ways not to antagonise China too much, because China is beneficial for us. Of course, it’s (China) is a big trading partner of ours and you do not want to do something that will fail, and in the process, also, we will suffer.” Saudi Crown Prince Mohammed bin Salman also endorsed the Beijing’s right to undertake “anti-terrorism” and “de-extremism” measures. “At the moment we need to verify certain things of what they are accused of,” he was quoted as saying by state-owned CCTV.

Backed by its diplomatic and economic might, Beijing has largely succeeded in convincing the Muslim countries to support its repressive policies in Xinjiang at global fora and Muslim countries have obliged. It was, therefore, hardly surprising when the Organisation of Islamic Cooperation (OIC) too made no reference of human tights violations in Xinjiang in its Abu Dhabi declaration earlier this year. But was indeed surprising that the OIC actually commended China’s efforts in providing care to Muslim citizens. The silence of these Muslim countries against the Uyghur repression is alarming and shows how much they are dependent on Beijing for goodwill and support.

Home » From Cultural Persecution To Illegal Organ Harvesting In Xinjiang: Why Is Muslim World Silent? – OpEd

One thought on “From Cultural Persecution To Illegal Organ Harvesting In Xinjiang: Why Is Muslim World Silent? – OpEd”