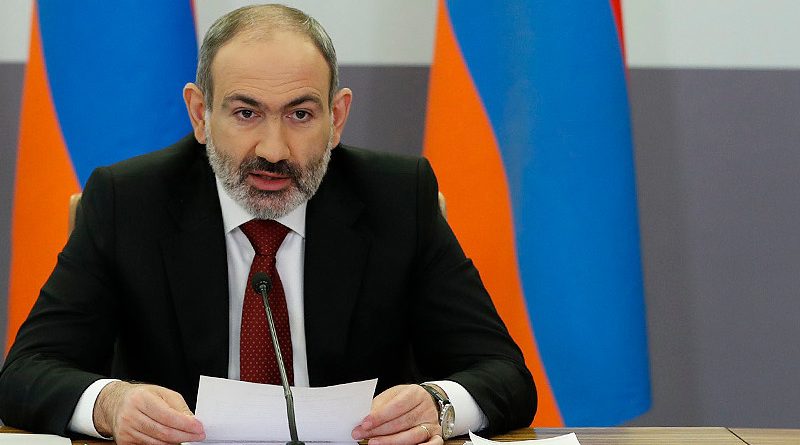 Armenian Prime Minister Nikol Pashinyan congratulated U.S. President-elect Joe Biden on his victory in the 2020 American presidential election, expressing hope that his administration will take active steps to stop Azerbaijan’s war against the Armenians of Nagorno-Karabakh.

Pashinyan said Biden’s wealth of experience and wisdom that he gained through his distinguished career in politics and legislature will guide him well, as he leads the United States and its people on the path toward continued progress and prosperity.

“Throughout your service, you have made great contributions to the strengthening of the U.S.-Armenia friendship and mutually beneficial relationship. The Armenian people appreciate your principled stance on the recognition of the Armenian Genocide, and your support for the pursuit of their fundamental rights,” Pashinyan said.

“Bilateral relations between Armenia and the United States, are built on shared democratic values. I am convinced that our cooperation will continue to flourish during your presidency, consistent with the level of the strategic dialogue that underlies the relationship between our two nations.

“That process, of course, benefits from the invaluable role that the Armenian American community plays, acting as a bridge between our countries.”

The Prime Minister said Armenia deeply values the role the United States plays in the peaceful resolution of the Nagorno-Karabakh conflict, as a co-chair of the OSCE Minsk Group. Pashinyan reminded that for over a month now, Azerbaijan and Turkey with the use of foreign terrorists have been fighting a war of aggression against Armenia and Artsakh in defiance of all efforts of the co-chairs to establish ceasefire.

“As a candidate you have laid out a vision for the resolution of the conflict exclusively through peaceful means. I salute that vision,” the head of the Armenian government said.

“I am hopeful that your Administration will take active steps to stop the war and bring about a comprehensive settlement of the conflict based on safeguards providing for the security of the people of Artsakh through the exercise of its right to self-determination.”