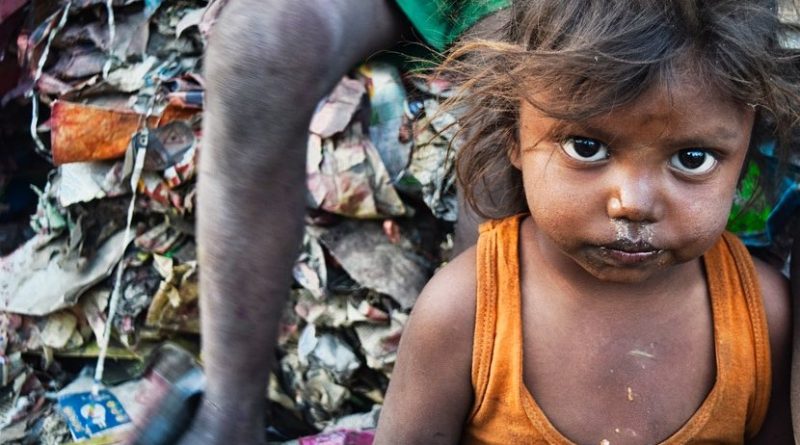 The ‘responsible business’ initiative by a broad coalition of NGOs will come to a nationwide vote on November 29.

The promoters of the initiative call for an additional clause in the Swiss constitution to ensure that companies based in Switzerland, as well as the companies they control, respect human rights and environmental standards when involved in business activities abroad.

Parliament has drawn up a counter-proposal, which will be implemented if the initiative fails to win a majority at the ballot box.

This law provides for reporting obligations on environmental, human rights and corruption issues. It also imposes duties of care in the area of child labour and minerals extracted in conflict zones. However, there are no new rules on corporate liability.

Marty is co-chair of the initiative committee and a prominent human rights expert. He explains why he is campaigning for greater corporate responsibility for Swiss-based companies.

swissinfo.ch: Are Swiss companies doing a lot of damage to the environment and human rights around the world?

Dick Marty: On the whole, the overwhelming majority of Swiss companies behave correctly, and it is only a tiny minority that is the subject of scandals. But this minority has an attitude that is damaging to the local population and environment, as well as to the image of Switzerland and its economy.

We are not the only ones with problematic companies; there are lawsuits pending in Britain, Canada, the Netherlands and France. But Switzerland is among the countries with the highest concentration of multinational company headquarters.

swissinfo.ch: Do you have two examples of damage caused by Swiss companies?

D.M.: Glencore creates problems in different countries. It has one of the largest open pit coal mines in the world in Colombia, which causes significant environmental damage and displaces villagers without much care.

There is also Syngenta, which sells products that are banned in our country because they are considered a very high carcinogenic risk.

swissinfo.ch: How would your initiative really make a difference on the ground?

D.M.: I have had the privilege of visiting many countries. What has shocked me is that those with the most mineral resources are actually those which have the highest poverty rates among their populations and the most violent conflict. And it’s also those countries where citizens have little protection from their governments.

Their natural wealth is transferred to the West and the people get nothing out of it. Above all, those who suffer damage from multinational companies have no access to justice, because it does not work, or the system is corrupt.

Two recent rulings by the British Supreme Court are exactly in line with our initiative: as the citizens of Zambia do not have access to justice in their own country, it is justified that they should be able to sue the company for damages in Britain, where the headquarters are located.

This is a civil case, so the Swiss state would not intervene. It would be a case between a citizen who has suffered damage anywhere in the world and the company whose head office is in Switzerland.

Complaints could only relate to violations of internationally recognised human rights or standards of environmental protection.

swissinfo.ch: If your initiative is accepted, will the rules that will come into force in Switzerland be much stricter than in other countries?

D.M.: The same principles are being imposed just about everywhere: the European Union is currently drafting such a text, Britain has just made two decisions along the same lines; Germany is drawing up a draft that is very similar to ours and France already has a law in force.

D.M.: If we can only be competitive by ignoring human rights, by ignoring the basic laws of environmental protection, that means our country has really lost all dignity.

swissinfo.ch: Will there be additional costs or paperwork for Swiss companies?

D.M.: No, they won’t have to do anything special. The initiative only calls for companies that violate human rights and environmental standards to be held accountable before a Swiss court, with all the guarantees of Swiss justice.

Under Swiss law, the civil liability procedure provides that it is the victim who has to prove the damage, it is up to them to ask for expert opinions and to pay for them.

The Swiss civil courts require that the costs of proceedings be anticipated by the injured party, which is very expensive. Only the most blatant cases will be able to count on the support of NGOs or lawyers’ organisations, therefore there will be only a few procedures.

swissinfo.ch: Why do you think that parliament’s counter-proposal does not go far enough?

D.M.: Because it does not give the injured party which suffers damage any opportunity to assert its rights. It is total impunity, whereas living together requires that each person be accountable for his or her own actions.

swissinfo.ch: Do you think Switzerland’s image is at stake?

D.M.: Swiss politics seems to be incapable of seeing the problems coming.

There were the cases of money laundering, unclaimed assets, [the demise of the national airline] Swissair, [the crisis of the] UBS bank and banking secrecy. We supported the apartheid regime in South Africa to the end.

Yet in each of the cases there were very clear signs that a crisis was coming, but we never reacted in time and Switzerland’s image was badly damaged.

That is why I am indignant. The United Nations, the OECD [Organisation for Economic Co-operation and Development] and the Committee of Ministers of the Council of Europe are already calling on states to take legislative measures to establish the responsibility of multinational companies wherever they operate.

An economy, if it is to be sustainable, cannot have profit as its sole goal. Martin Luther King reminded us that ‘injustice anywhere is a threat to justice everywhere’.