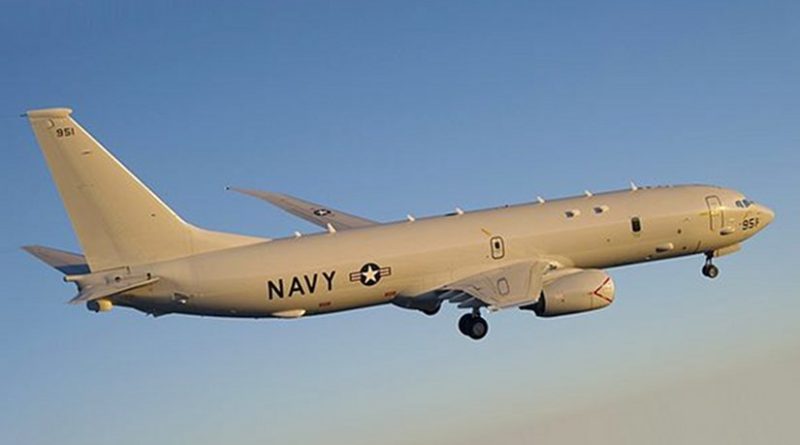 China’s military is paying “close attention” to an agreement between the United States and Singapore to deploy the U.S. P8 Poseidon spy plane to the city state and hopes the move does not harm regional stability, the defense ministry said, according to Reuters.

“We are paying close attention to how the relevant situation develops, and hope bilateral defense cooperation between the relevant countries is beneficial to regional peace and stability and not the opposite,” the ministry said in a brief statement late on Tuesday.

The foreign ministry of China, which is at odds with Washington over the South China Sea, said on Tuesday the move was aimed at militarizing the region.

In a joint statement after a meeting in Washington on Monday, December 7, U.S. Defense Secretary Ash Carter and Singapore Defense Minister Ng Eng Hen welcomed the inaugural deployment of the aircraft in Singapore from December 7 to 14.

A U.S. defense official said further deployments in Singapore could be expected. The move comes at a time of heightened tensions in the South China Sea.

The United States already operates P8s from Japan and the Philippines, and has conducted surveillance flights from Singapore’s neighbor, Malaysia.