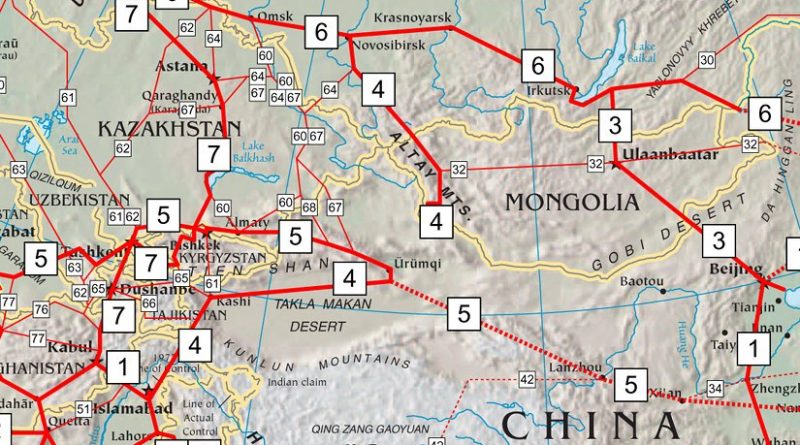 A new era of trade cooperation between China, Mongolia and the Russian Federation was opened in Moscow on December 8, when the governments of the three countries signed the Intergovernmental Agreement on International Road Transport along the Asian Highway Network.

By signing the Agreement, each country agreed to give the other two countries traffic rights for international road transport operation on the parts of Asian Highway routes AH3 and AH 4 connecting their respective territories.

“Member States use of the Asian Highway network as a pivot to negotiate an operational agreement will position infrastructure networks to provide impetus for trade and people connectivity, particularly to landlocked Mongolia, and enable the network to act as a platform for multilateral and regional cooperation,” said Dr. Shamshad Akhtar, Under-Secretary General of the United Nations and Executive Secretary of ESCAP.

The Agreement was negotiated by the three countries over a three-year period, with ESCAP providing technical assistance on its formulation.

To demonstrate the benefits of the initiative, in August 2016, the transport ministries of the three countries concerned organized a pilot run of a nine-truck caravan that travelled a 2,150-km distance in seven days from the Chinese port of Tianjin to Ulaanbaatar in Mongolia and then on to Ulan-Ude on the shore of Lake Baikal in the Russian Federation.

Under the Agreement, Asian Highway route No.4 (AH4) will be opened to China’s border with Pakistan, then connected by bilateral and quadrilateral agreements with China and some Central Asian countries along the China-Pakistan Economic Corridor for connectivity, creating a western corridor of the Silk Road Economic Belt.

Other countries willing to exchange similar transit rights along Asian Highway routes will have the opportunity to accede to the Agreement after its entry into force.