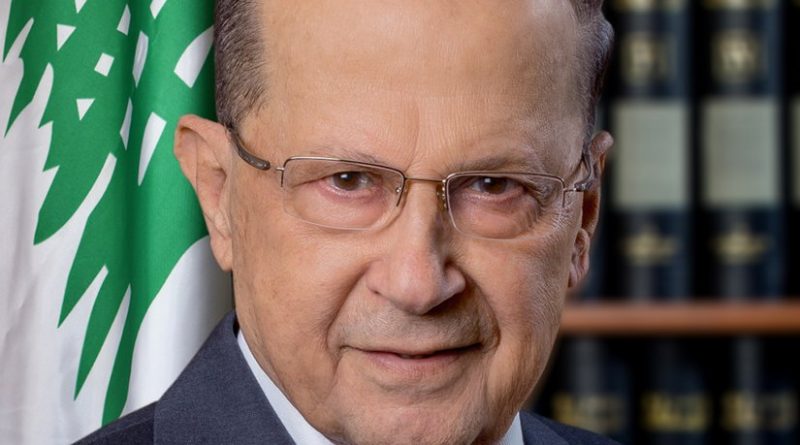 Since the election of Michel Aoun to be president of Lebanon on November 1, a two-year political stalemate in Beirut has concluded. His election marks the culmination of a strategic effort that began over ten years ago, when out of the rubble of the Syrian withdrawal emerged a pragmatic alliance between Aoun’s nascent Free Patriotic Movement and Hezbollah. The marriage between the Maronite Aounists and Shi’ite Hezbollah was a shrewd move of political convenience, calculated to circumvent the rise of the Western- and Saudi-backed Saad Hariri and his 14 March Alliance.

But it was also a part of grand Iranian strategy. Aoun’s rise to the presidency is the latest in a series of master chess moves calculated to solidify Hezbollah’s control over Lebanon, and, more broadly, to strengthen Shi’ite Islamist power.

While Hezbollah – the Middle East’s most powerful popular Shi’ite movement – secures hard-won political power through the gaming of the Lebanese political system, its nearest Sunni counterpart, Daesh (“Islamic State”), is on the cusp of defeat at the hands of Iraqi and Kurdish forces, following several years of incompetent and barbarous millenarian governance in the areas under its control. All the while, policies from Sunni powers in the Gulf Cooperation Council (GCC) and Turkey have fanned the flames of nihilistic takfirism and inter-Sunni ethnic warfare.

It is legitimate to ask how the militant variants of Sunni and Shi’ite Islam have become so divergent.

Although a granular analysis of Islamic hierology would be fascinating (and endless), suffice to say that the codified theological authority of Shi’ism allows for a more rigid adherence to clerical dictates. A significant effect of this structure has also been a religious leadership that is considerably better educated and qualified than its Sunni counterparts. For example, Osama bin Laden, who was an engineer with no religious qualifications to speak of, became a spiritual leader of militant Sunnis. Yet a similarly unqualified figure materializing in Shi’ism is almost unthinkable. Indeed, while Hezbollah Secretary General Hassan Nasrallah has received extensive theological education in both Lebanon and Najaf, on all major questions he has deferred to maraji such as the late Mohammed Hussein Fadlallah, as well as to ayatollahs in Iran.

But the application of theological tenants does not occur in a vacuum. Identities – local, tribal, cultural, and national – contribute, as does the broad sweep of history.

For the Shi’ites, nothing has contributed more to their modern identity – or to the nature of their militancy – than Iran. Since the time of the Safavids, Iranian Shi’ism has been the most powerful force guiding the sect. Given Shi’ite hierarchical authority, this has resulted in a ‘Persianization’ of Shi’ism, with Iranian clerics saturating Shi’ite mosques, as well as the watering down of ethnic divides between Arabs and Persians through marriage and cohabitation, particularly in neighboring Iraq.

Despite theological debates among maraji, with highly influential ayatollahs such as Iraq’s Ali al-Sistani not wholly subscribing to Khomeini’s Wilayat al-Faqih, the sanctity of the authority has prohibited inter-sectarian conflict of any significant kind. This is in stark contrast to inter-Salafist violence prevalent in Syria and Iraq, or the Salafist targeting of other Sunni sub-sects (Sufis) and theocracies (Saudi Arabia).

A crucial byproduct of Iran’s de facto custody of Shi’ism has been the cross-pollination of Shi’ism and Persian nationalism. Iranians are conscious that they are inheritors of a grand history of Persian greatness. Iran’s status as the preeminent purveyor of Shi’ite theological currents (Najaf and Karbala notwithstanding) has rendered its strategic guidance the virtual command authority for the Middle East’s vast Shi’ite communities. With the unitary nature of Iran’s clerical-governmental leadership, the centuries-ingrained Persian chauvinism tends to inflect the strategic expressions of Iranian religious thought. No marja or ayatollah has directly questioned Iran’s religious legitimacy, as Sunni extremist leaders routinely do of Saudi Arabia.

Iranian leadership, although highly religious in nature, is pragmatic, pursuing regional hegemony with Shi’ism as its vehicle. Nationalism, anti-colonialism, and anti-imperialism have come to define Shi’ite fundamentalism, a result of the “red Shi’ism” of Ali Shariati and the radical Left’s influence on Khomeini and other anti-Shah thinkers during the 1960s and 1970s. Iran’s grand strategy, in fact, has more in common with Bolshevism than with Sunni takfirism. From its alliances with the Communist (that is to say atheist) Tudeh Party during the Iranian Revolution, to its empowerment of the region’s 30 million Sunni Kurds (which it has been doing since the early 1980s), to Hezbollah’s alliance with the Christian Aounists, the militant Shi’ite movement has proven to be pragmatic and strategically talented.

The Sunni jihadist movement, conversely, busies itself with internecine conflict (see Daesh versus Jabhat al-Nusra for but one salient example) and draconian massacres of civilian populations. The Iranian leadership, meanwhile, has formed a kind of Shi’ite Comintern (admittedly, not so clearly organized) comprised of allied militant groups across the Muslim world and beyond.

Although Iran is full of many liturgical illogicalities typical of a theocratic administration, when it matters, the Islamic Republic has proven time and time again, as have its prized proxies, that discipline and strategic foresight, not irrational fanaticism, rule the day. One only needs to drive through Hezbollah neighborhoods in Beirut to understand that it is not exactly Daesh-controlled Raqqa.

The Sunni powers, because of a lack of unity both with each other and with their militant sub-state coreligionists, have no discernable strategy in place in Syria, Iraq, or Yemen.

Ultimately, it is the purity – the life-or-death importance of ideological details – that prevents the extended Salafi-Wahhabi-Takfiri community from challenging Shi’ite geostrategy and organization. In many ways, the Shi’ite militant movement is simply Iranian imperial nationalism under the guise of Islam. It is the preeminence of this pursuit of hegemony that has allowed it to compromise the most irrational (if doctrinally accurate) elements of fundamentalism – namely, inter-religious alliances with Sunnis, Christians and, covertly at least, Jews. This is because Shi’ite fundamentalism is based primarily on the idea of resistance, not extreme literal adherence to Koranic text. Hence the deep, decades-old ties between Lebanese Christians and Shi’ites, which has culminated in Aoun’s (and Hezbollah’s) victory.

Inside the Washington beltway, imprecise and generic umbrella terms such as “radical Islamic terrorism” and “jihadist” are routinely employed to refer to a complex, multifarious, and distinct milieu of often-militant political forces that exist from Africa across the Middle East to South Asia. More mundanely, little distinction is made between organizations like Hezbollah and al-Qaeda.

For officials in Washington to come to terms with the changing power dynamics in the Middle East, Iran’s historical arc and its guidance of Shi’ite fundamentalism need to be understood. Although events such as Iraq’s laborious retaking of Mosul from Daesh are good PR for the U.S., the primary geostrategic benefactor is the Islamic Republic.

The incoming Trump Administration would do well to understand the differences between the Sunni and Shi’ite fundamentalist movements, and to strategically reassess accordingly. It is not beyond the realm of possibility that better relations with a rational Islamic Republic could foster the kind of alliance balancing the U.S. engaged in during the 1950s, 1960s, and 1970s, which benefited American regional policy by allowing the U.S. to better navigate the complex political and security dynamics of the Middle East.

For this to be achieved, however, a realization needs to occur within the American foreign policy establishment: Iran and Hezbollah are not the irrational nihilists of Daesh – not even close.