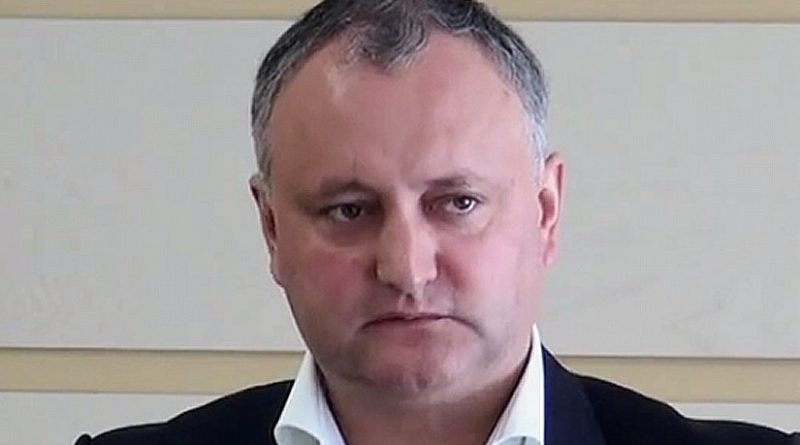 The victory of Moldova’s Socialist Party leader Igor Dodon, who gained 52.11% of votes in the second round of the presidential elections on 13 November2016, attracted close attention of international analysts and experts.

During his election campaign, the opposition candidate was calling for deeper strategic partnership, increased energy cooperation and trade with Russia.

According to many analysts, the election results in Moldova became the result of anti-globalization sentiments that earlier contributed to Brexit and helped elect Donald Trump in the United States.

“The swing away from pro-Western candidates toward those urging better relations with Moscow offers more evidence of growing disenchantment in Eastern Europe with Western liberal attitudes, exacerbated by the tide of immigrants,” New York Times says.

According to Anatoly Dirun, Scientific Leader, Tiraspol School of Political Studies, election results have confirmed a serious rift in the Moldovan society.

“Igor Dodon managed to win the second round only at the expense of hard work, having mobilized his supporters. This itself is a great success, since organizations traditionally focused on cooperation with Russia do not find common ground in Moldova,” he told PenzaNews.

However, despite the tremendous work carried out by the new president’s team, the political situation in the country will remain extremely tense, he believes.

“All political forces will be preparing for parliamentary elections 2018. At the same time, early voting is just an idea rather than a real scenario. Now the political field of the country will be reformatting. We will see new political projects both on the left and on the right flank. And both – the Europeans and Eurasians – will try to demonstrate through deeds the attractiveness of their projects for Moldovan citizens,” Anatoly Dirun explained.

He also expressed confidence that Igor Dodon will make every effort for constructive ties with Russia, while trying to maintain a pragmatic approach in relations with the European Union.

According to Galina Selari, Executive Director at Center for Strategic Studies and Reforms (CISR) in Chisinau, in recent years, there’s appeared a clear tendency of rigid linking the internal development capabilities with the choice of integration vector.

“Such an approach does not help resolving the existing problems neither in economy nor in politics and society. Moreover, the Moldovan society split only ‘on basis of integration’ allows the authorities to engage in faux reforms,” the analyst said.

Igor Dodon will have to work hard to normalize the internal political climate in Moldova, she said.

“President-elect has a difficult task. He is to meet the expectations of the citizens, who supported him during the election campaign, to dispel the doubts of those who voted for a pro-European candidate, and this is against the background of misunderstanding with the current government and the parliament,” Galina Selari explained.

In her opinion, positive developments in the country can be expected only if it is possible to redirect energy from the vector integration choosing towards the efficient use of regional integration projects in order to stabilize the situation in the republic.

According to Moldovan political analyst Nikolay Tsvyatkov, the election of the so-called pro-Russian candidate was expected.

“Igor Dodon’s victory is understandable for several reasons. In particular, this is due to European officials’ failed policy in the Republic of Moldova for the last 7–8 years, which led to a decrease in the living standards of Moldovan citizens, rampant corruption, constant scandals and crises in the power structures. In addition, the country has a very strong pro- Russian and pro-Moldovan sentiments while right wing candidates were making Russophobian and anti-Moldovan statements,” the expert said, adding that the leader of the Socialist Party held a successful campaign compared to his aggressive competitors.

Meanwhile, in his opinion, any predictions on the domestic policy of the country are premature.

“Expectations from the new leader are very high, and include normalization of relations with Russia, restoration of trust in President, stabilization of the political situation. The situation in the country remains difficult: some political forces do not want to accept defeat in the election and does not recognize Igor Dodon’s victory. It is difficult to say if the existing tensions exacerbate,” Nikolay Tsvyatkov said.

No significant changes can be expected in the foreign policy of the country, he believes.

“This issue does not fall under the influence of the only one political force or agency. However, there will be some pivot to Russia, of course, as it was one of the main election promises of the winning candidate. Relations with the EU will remain at the same level as they are systemic in nature,” the analyst said.

“There is an opinion that Moldova, following the European structures’ recommendations, has become an integration model for Eastern Europe and Central Asia. But the victory of pro-Russian candidate has shown that behind the bright scenery there is an ugly picture – behind the beautiful words and pompous visits of Western leaders there is rampant corruption, arbitrary rule, the lack of real reform and a steady decline in living standards. Moldovan citizens are sick and tired of it,” he added.

“The political arrogance of economically powerful oligarchs undermines long-term democratic, political and social renewal. We witness pressure on all those who are openly and actively against this political structure. Just recently we observed the repression and intimidation campaign against Ana Ursachi, a prominent Moldovan lawyer and human rights defender. She was never afraid of defending opposition activists and now has to pay the price for her engagement. We also had to witness this repression in case of the arrest of Grigory Petrenko and his opposition colleagues,” the politician said and added that such methods are unacceptable and must end immediately.

She also reminded that Socialist Party is not part of the government and therefore any goal Igor Dodon wants to achieve will be challenged by these circumstances.

“What Moldova needs now, in my eyes, is to end the oligarch rule and to restore an independent judiciary. At the same time there needs to be progress on prosecuting those behind the massive financial fraud in order restore the public’s trust in Moldova. It is unbelievable that the people have to pay the price for this scandal with social cuts. If these challenges and the rising poverty are not addressed young people will see no future in Moldova and will continue to leave the country,” Gabriele Zimmer said.

Commenting on the potential changes in the foreign policy of the country, she reminded that the elected candidate clearly indicated that he would favour closer ties with Russia.

“Igor Dodon stated that his party wants to end EU-Moldova Association Agreement and at the same time he supports visa-free travel with the EU. Now that he is elected he must clarify these contradictions,” the deputy added.

“We have seen in the Ukraine what can happen if a country is torn apart between two blocks. Instead of further deepening the division in the Moldova population I think it would be important not to tear the country in one or the other direction but to try to strengthen both bonds. This requires from the EU and Russia to respect Moldova as an independent, neutral country with strong ties to both Moscow and Brussels,” the politician concluded.